On 4 November, the Rinat Akhmetov Foundation and  SCM transferred a French ventilator to Volnovakha Central District Hospital. The hand-over took place within the framework of the project Fighting COVID-19 in Ukraine, which became part of the program Rinat Akhmetov  –  Saving Lives.

"Ukrainian doctors will continue to fight the coronavirus infection. The disease does not recede. Furthermore, it mutates. The country's health care system has changed drastically during the pandemic as well. The Rinat Akhmetov Foundation started helping medical professionals back in February. 320,000 rapid tests and over 200,000 personal protective equipment were transferred to the main hospitals that deal with the disease. High-quality ventilators are a crucial part of such assistance. Hospitals in 12 regions of Ukraine have already received over 160 such devices out of 204 that were promised," Natalya Yemchenko, a member of the Supervisory Board of the Foundation Rinat Akhmetov, said.

SCM representative Oleksii Seliverstov noted that UAH 300 million allocated by Rinat Akhmetov to fight COVID-19 is the largest contribution of one philanthropist to the Ukraine state medicine. He also reminded that Volnovakha Central District Hospital had already received a ventilator from the Rinat Akhmetov Foundation. 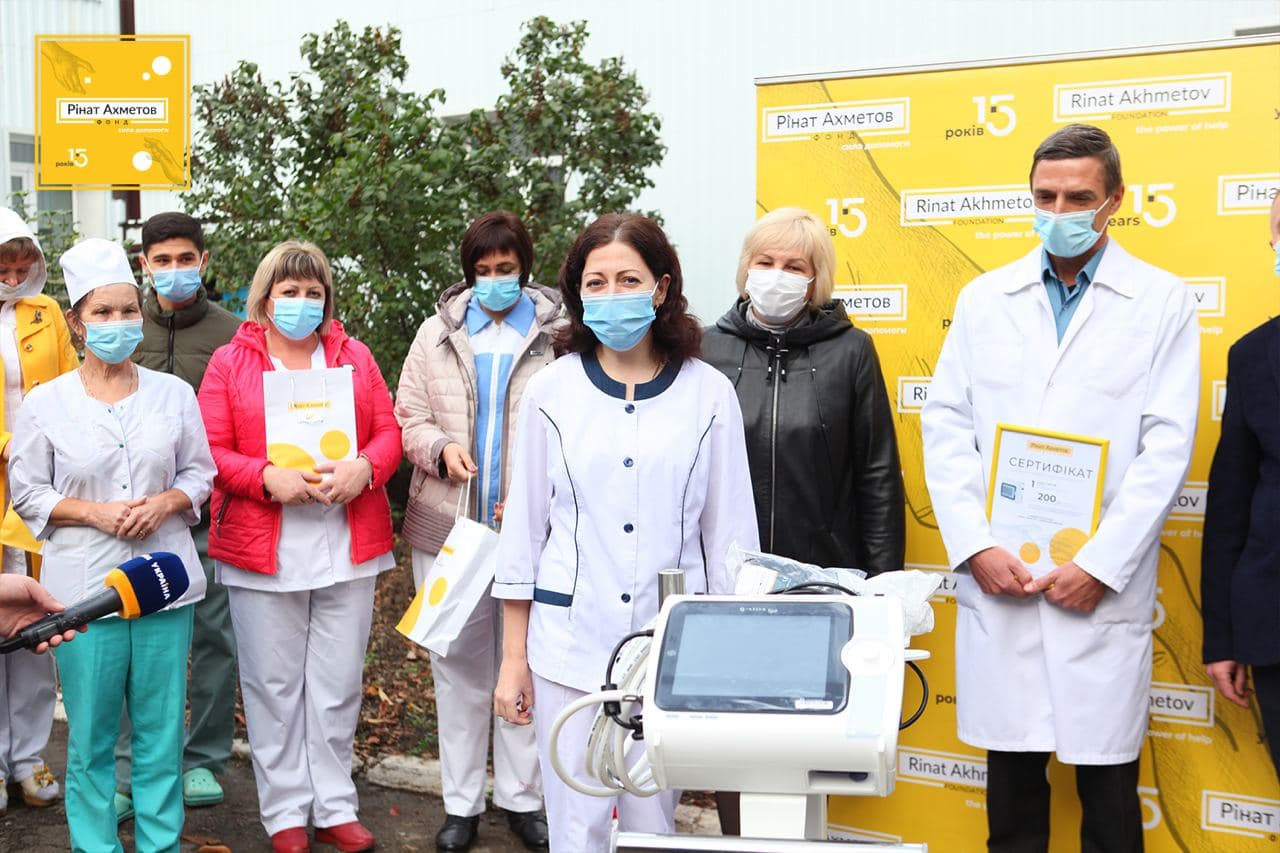 "Today we are sending another device.    It is a high-end French ventilator. This equipment is among the most modern ventilators that are used in the world. But most importantly, it is easy to use. It eliminates the influence of the human error drastically. The device can be used immediately after installation, which is very important during the epidemic," Oleksii Seliverstov said.

"On behalf of the hospital and all staff, I would like to express my gratitude to the Rinat Akhmetov Foundation for the help it provided recently. These are not only ventilators, but also protective clothing, and personal protective equipment for our employees. This assistance is crucial for us. Thank you very much!"

Acting Chairman of the Volnovakha District Council, Antonina Demysheva, stressed that doctors could not cope with the coronavirus alone.

"It is very nice that we solve the problems we face together with business. I hope that we will defeat this plague together. Stay healthy and positiver," Antonina Demysheva said. 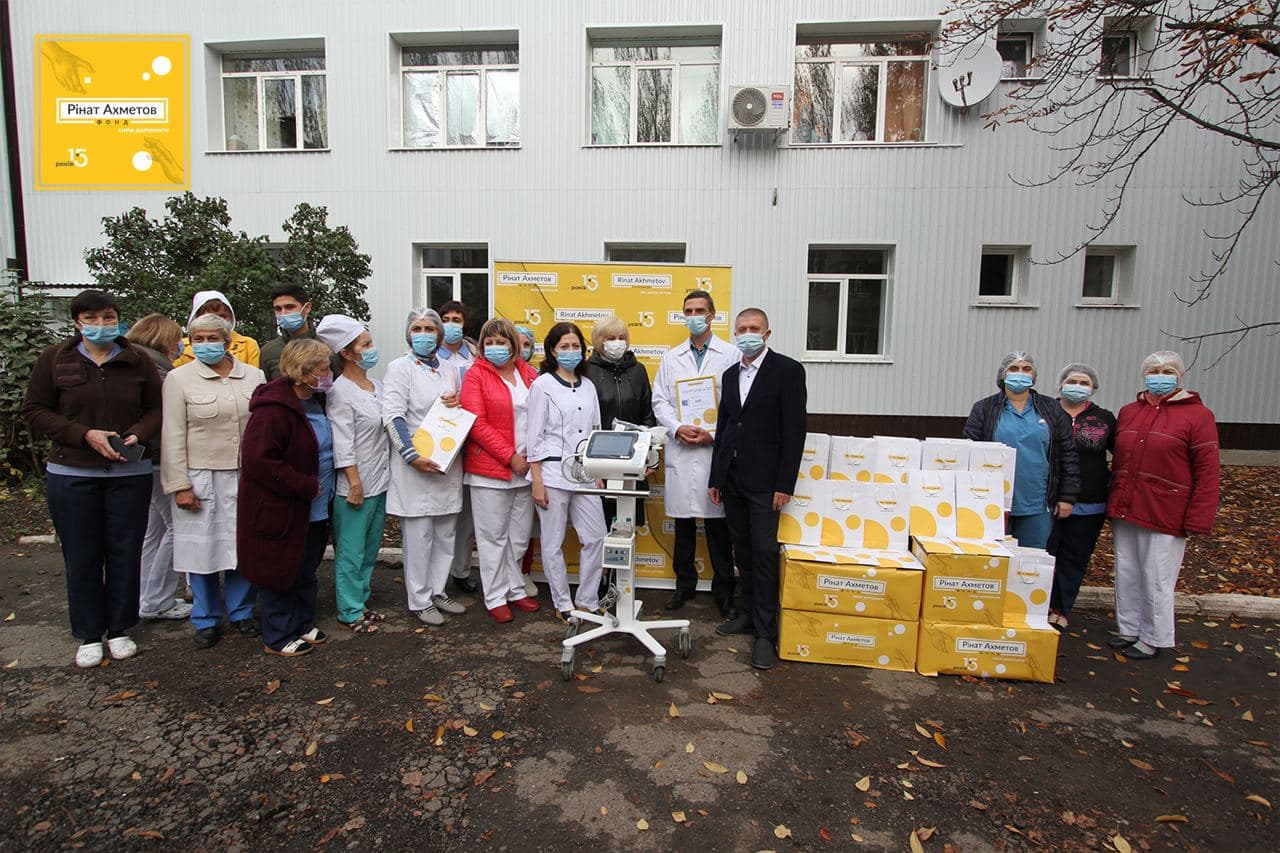 Olha Zoloto, Head of the Department of Emergency Care and Intensive Care at Volnovakha District Hospital, expressed her gratitude to the Foundation for its attention and assistance.

"We know that the disease is spreading fast throughout Ukraine. Thus, such assistance is very important for us. We are very grateful for the ventilators. They are one of the most modern and easy to operate. Modern equipment is very important. We highly appreciate such help. We are grateful for it," Olha Zoloto said.

Since the beginning of the coronavirus epidemic, state hospitals in Lviv, Ivano-Frankivsk, Luhansk, Zaporizhzhia, Donetsk, Dnipropetrovsk, Poltava, Ternopil, Rivne, Zakarpattia and Kharkiv Oblasts, as well as in Kyiv, have received modern ventilators from the Rinat Akhmetov Foundation.

Read more about the Rinat Akhmetov Foundation's assistance to the country in the fight against COVID-19 in the review materials:

1. Stop coronavirus in Ukraine: the chronicles of the Rinat Akhmetov Foundation's assistance to the country

2. Combating coronavirus: the assistance by the Rinat Akhmetov Foundation to stop the epidemic in Ukraine. Part 2