Together Against the Virus: the Rinat Akhmetov Foundation Took Part in the All-Ukrainian Forum on Fighting COVID-19

Together Against the Virus: the Rinat Akhmetov Foundation Took Part in the All-Ukrainian Forum on Fighting COVID-19

On  February 9, 2021, the Rinat Akhmetov Foundation was among the speakers of the discussion panel “Regions Against the Virus” held as part of the Forum “Ukraine 30. Coronavirus: Challenges and Responses”. The event, organized by the Office of the President of Ukraine, brought together the country's leading economists and doctors, reputable healthcare experts and representatives of the NGO sector. Among the participants of the Forum were the President of Ukraine Volodymyr Zelenskyy, the Prime Minister Denys Shmyhal, representatives of the World Health Organization, UNICEF and the United States Agency for International Development (USAID).

The Rinat Akhmetov Foundation told the Forum’s guests and viewers about its project Fighting COVID-19 in Ukraine. This is the largest, wide-scale and systematic private initiative in the fight against the coronavirus in the country.

‘The Rinat Akhmetov Foundation was the first who came to help the country. Almost from the very outset of the epidemic, it launched a national-scale project Fighting COVID-19 in Ukraine. In order to counter the threat in the most efficient way and raise the level of healthcare, Rinat Akhmetov allocated more than UAH 300 million to help public hospitals and pooled the resources of his Charitable Foundation, FC Shakhtar and SCM businesses. A large-scale and systematic initiative commenced in close coordination with the Ministry of Health. We received a list of the most essential medical needs, analysed the obtained information and worked out a mechanism for providing assistance. We identified a list of healthcare facilities that needed support and explored what they needed most. When we went out to the international markets of medical equipment, it became clear that it was not going to be easy. Organizations from all over the world were going after each lung ventilator, each oxygen concentrator and each box of tests. We had to get into competition with entire states. It was not easy, but we managed,’ said Natalya Yemchenko, member of the Supervisory Board of the Rinat Akhmetov Foundation. 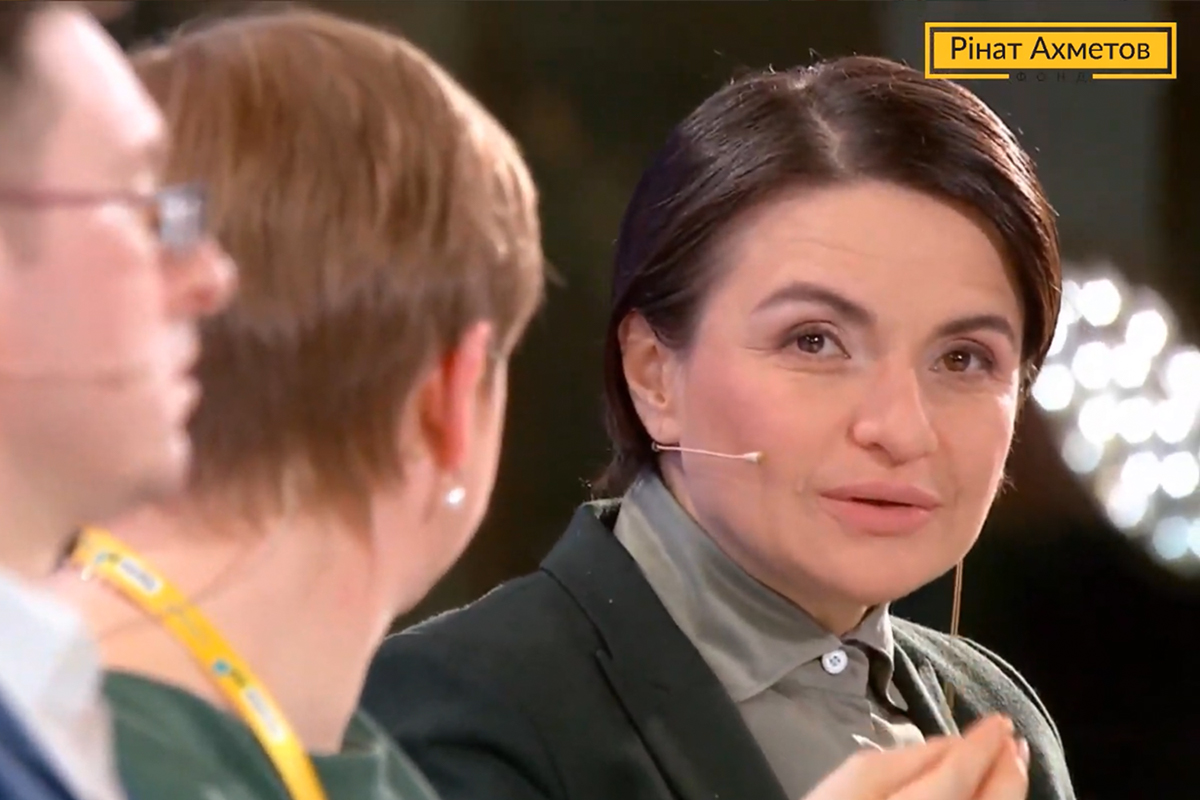 The Rinat Akhmetov Foundation purchased and donated to hub hospitals 155 oxygen concentrators, 337,000 rapid COVID-19 tests, more than 200,000 units of personal protective equipment and consumables. Access to stationary and mobile oxygen sources was provided for 633 hospital beds in the regions. The key element of the Foundation's assistance was 207 lung ventilators. This is the largest supply of such equipment in Ukraine during the pandemic. In total, 505 healthcare facilities in 203 populated areas received assistance from the Foundation. These were clinical hospitals in large cities and very small outpatient clinics in small towns and villages. 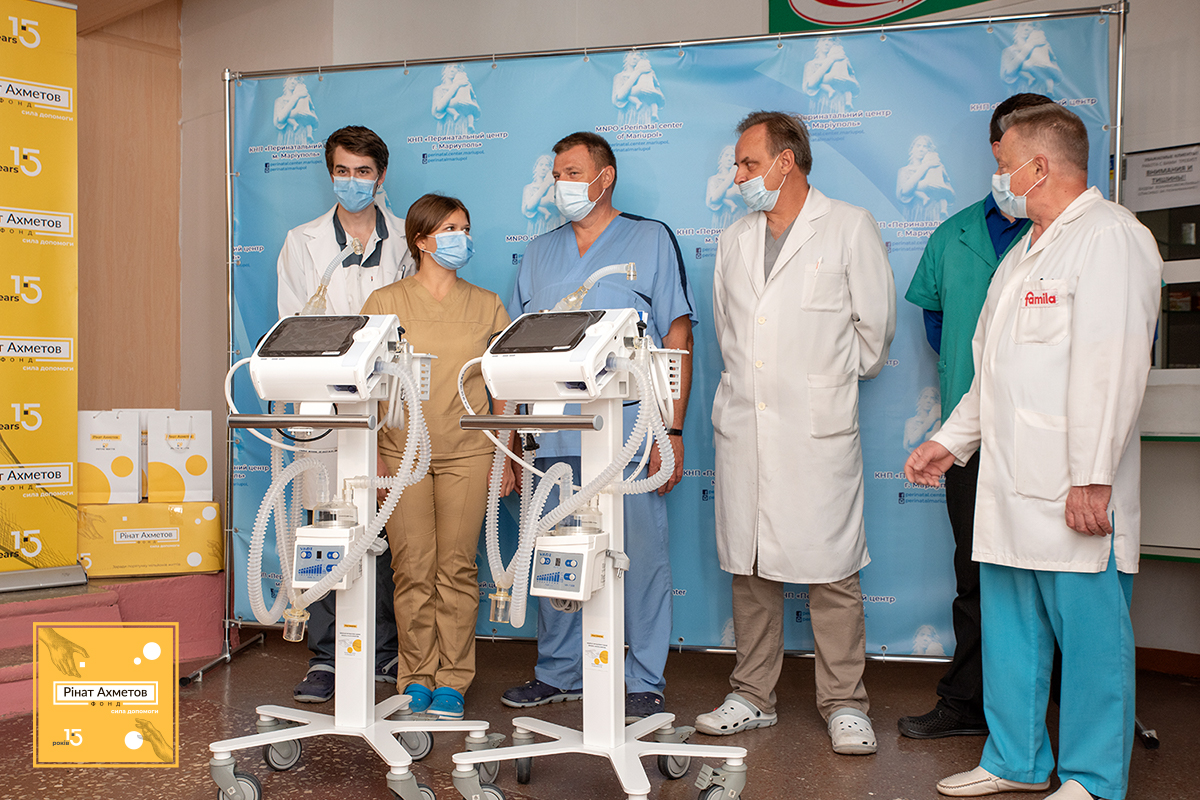 Oleksii Chernyshov, Minister for Communities and Territories Development of Ukraine, noted that at the time the epidemic began the state was not fully prepared for it.

‘There was no infrastructure, no professional equipment, no technologies, and even some knowledge was missing. The Office of the President, together with the government of Ukraine, mobilized all possible resources to counter the threat. So, day after day, we took control of the situation. And now it is under control,’ said Oleksii Chernyshov.

Kyrylo Tymoshenko, the Deputy Head of the Office of the President of Ukraine, said that the discussion panel was called "Regions Against the Virus" for a good reason, since the fight against the coronavirus largely fell on the shoulders of the regional authorities:

'Many Ukrainians believe that only the Ministry of Health is engaged in the fight against COVID-19. However, as part of the decentralization process, a lot of responsibility and work were shifted to regional state administrations and local self-government.’

Viktor Liashko, Deputy Minister of Health of Ukraine, noted that only the joint efforts of society, businesses and the government helped to take the situation under control.

'The pandemic. There is no country in the world that would be able to cope with the challenge on its own. Our strength and our ability to overcome lies solely in being united. In joining the efforts of the Office of the President, the government, central executive bodies, local self-governments, heads of regional state administrations, representatives of businesses who lent their shoulder from the outset. This is what enables us to cope with the challenges that we are facing today,’ said Viktor Liashko. 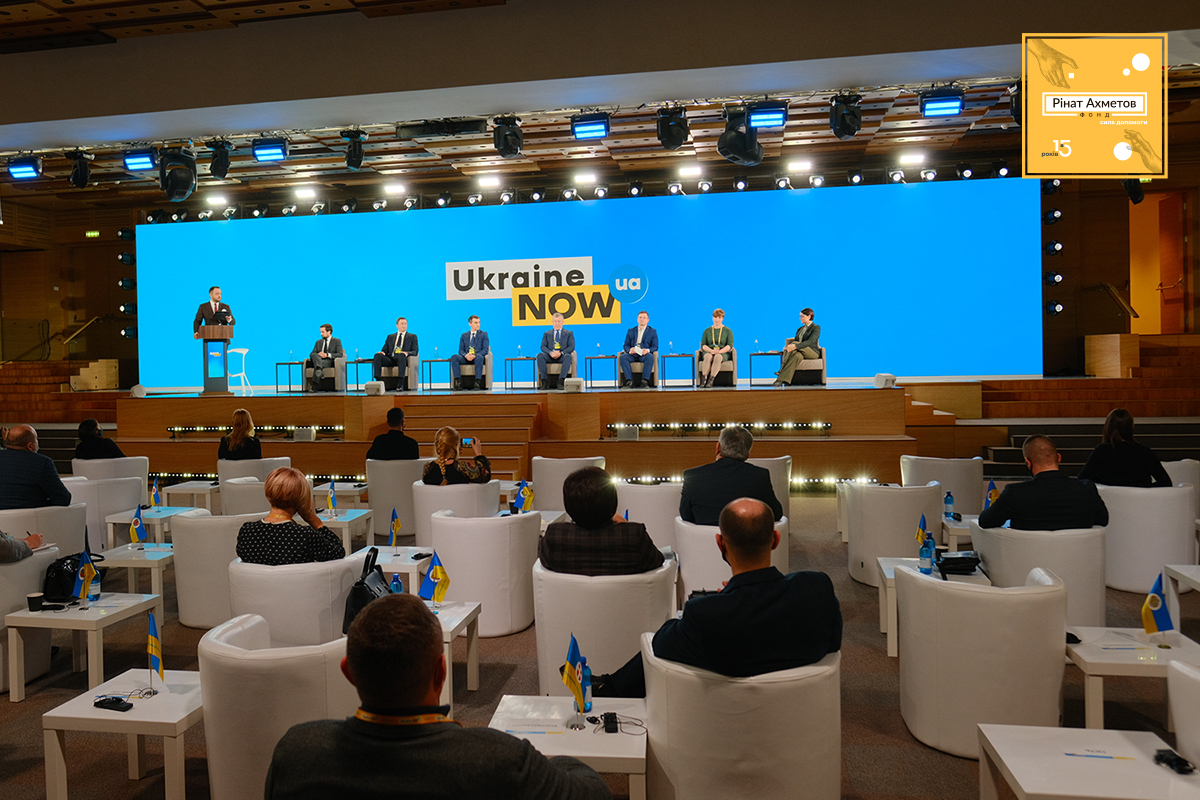 Serhii Osachuk, Head of Chernivtsi Regional State Administration, also expressed an opinion that the fight against the coronavirus is a real teamwork.

‘There is no region that would be able to cope with such a challenge on its own. Only joint efforts. Only daily trustful dialogue and highly professional decisions. This is what helped us go through 2020 the way we went through it,’ said Serhiy Osachuk.

Natalya Timko-Ivanchenko, an infection diseases specialist and epidemiologist, an acting head of Lviv Laboratory Centre of the Ministry of Health, spoke about the conclusions to be drawn from the pandemic.

‘From April to August, for four long months, our region broke anti-records for the number of newly diagnosed Covid-19 cases. 73,000 laboratory confirmed cases of the disease, 2,130 people whose lives were interrupted by the coronavirus... What have we learned during this period? We realized that there are no teachers, doctors, businesses, and government acting separately. We are all in the same boat. And we share a common task to get out of the pandemic with the least losses,’ the doctor added. 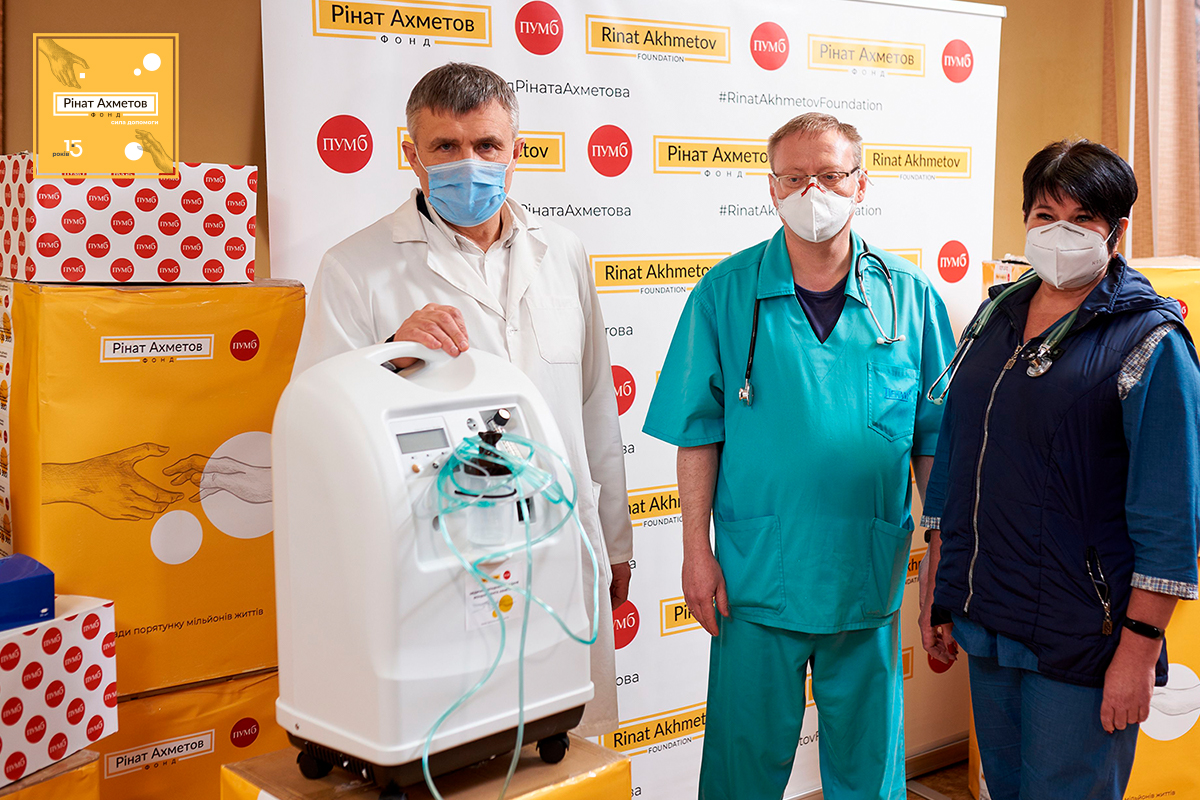 Answering the question of the panel’s moderator about what steps need to be taken by businesses and the state to overcome the pandemic, Natalya Yemchenko said:

‘Communication and dialogue are the most essential thing that should be ensured for efficient cooperation. But, of course, there should be process leaders because there is nothing worse than parallel or duplicated processes or competition. There is one common goal. And the result should be one and it should be good. And another big challenge for businesses is economic growth, because lockdowns are not only about health, they are also about economic health. I would also like to say that the coronavirus is a good chance to reassemble the healthcare system, to create conditions for changing the material supplies to hospitals and the system of motivation for our doctors. The big task is not to lose this chance.

The project Fighting COVID-19 in Ukraine is not only about equipment and supplies of consumables for public hospitals. It also includes some social campaigns and educational projects for doctors, schoolchildren and teachers. The Foundation, in cooperation with the Ministry of Health, trained doctors on how to operate lung ventilators, and made them aware of the latest methods of treating COVID-19 during the respective webinars. More than 2,000 doctors from all over the country took part in the conferences. The video project COVID-19: What You Need to Know about the Operation of Lung Ventilators helped doctors of intensive care units master the use of ventilators supplied by the Rinat Akhmetov Foundation.

For teachers, the Foundation, in partnership with the Ministry of Digital Transformation, released a series Quarantine: Online Services for Teachers. It helped teachers adapt to online teaching.

For children who switched to online schooling, the series Digital Physical Education Featuring Sports Stars was launched. The hosts of the project were the players of Shakhtar Football Club and the Ukrainian national team Andrii Pyatov and Serhii Kryvtsov. They motivated kids to do some sports while staying at home and showed them some of the most useful physical exercises.’