"Fighting COVID-19 in Ukraine became part of the Foundation's program Rinat Akhmetov – Saving Lives." Starting in February, the Foundation has been transferring the necessary equipment and supplies not only to large clinics in regional centers, but also to small hospitals in remote villages and towns. Doctors have already received more than 200,000 personal protective equipment and supplies, as well as 337,000 rapid tests. Over a 1,000 units of medical and laboratory equipment were also purchased and delivered to regional support hospitals. The Foundation's assistance in delivering more than 200 ventilators, about 190 of which have already been transferred to state hospitals, was critical. Khmelnytskyi Oblast became the twenty-first region of the country to receive ventilators as part of the project," Natalya Yemchenko, said  member of the Supervisory Board of the Rinat Akhmetov Foundation, said.

Kateryna Svyrydenko, the Foundation's representative, noted that Rinat Akhmetov was the first to help the country. 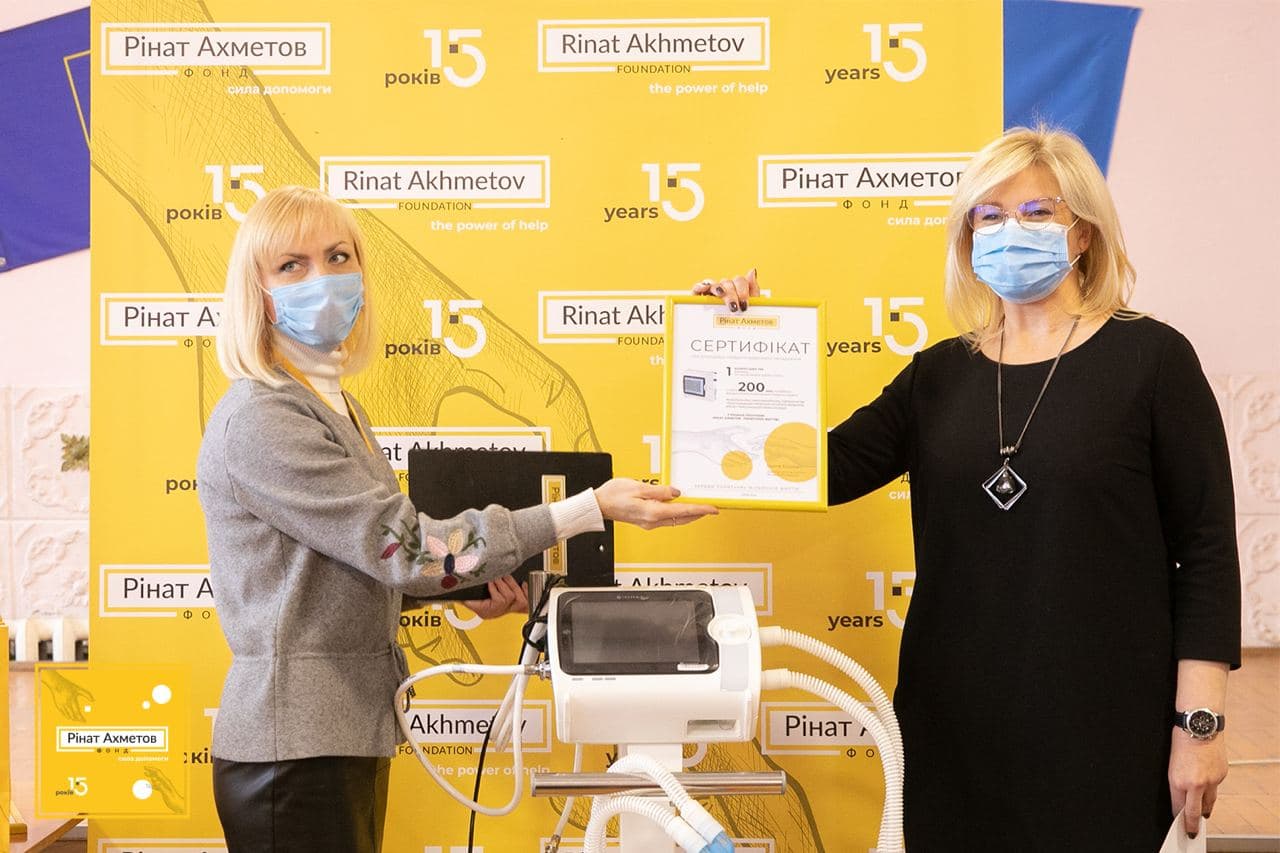 "UAH 300 million were allocated as part of the project Fighting COVID-19 in Ukraine of the Rinat Akhmetov Foundation . This is the largest contribution made by one philanthropist to help state medicine," Kateryna Svyrydenko said.

Deputy Head of Khmelnytskyi Regional State Administration, Oksana Sytnytska, expressed her gratitude for supporting the region and its inhabitants:

"I would like to thank you for your support on behalf of the population of the region and myself. Our region has long held back the spread of the coronavirus epidemic. The number of patients is increasing, but we are confident that this ventilator will save as many lives as possible.

"The country faces a challenge-the fight against the coronavirus pandemic. Transferring a ventilator today is a vivid example of the unity of Ukrainians in such a difficult time. Thank you for updating the material and technical resources of the hospital. Many lives will be saved with this device," Valerii Leskov emphasized. 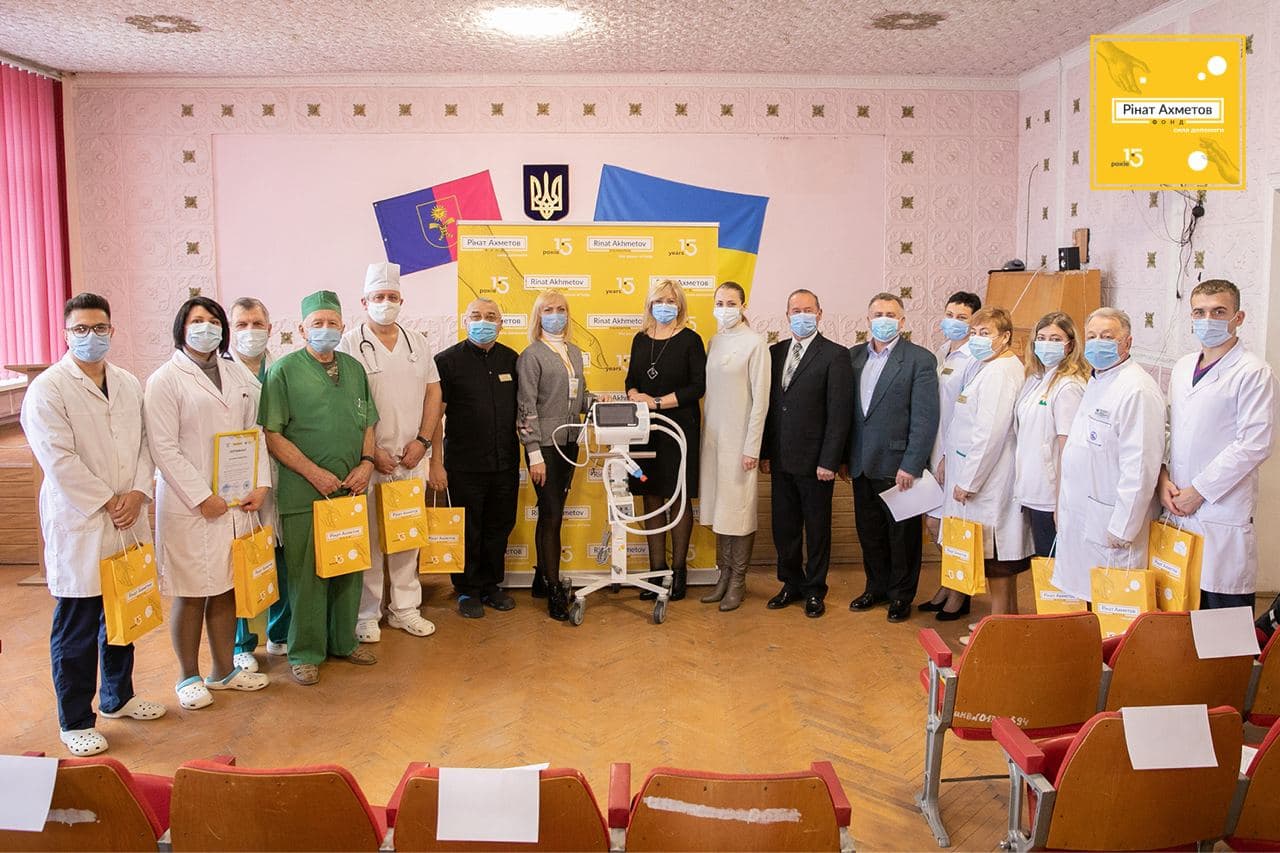 According to Head of the Health Department of Khmelnytskyi Regional State Administration, Oleksandr Khudenko, the veterans' hospital is receiving such equipment for the first time.

"This ventilator made the doctors feel safe when providing care to patients with COVID-19. Thank you very much!" Oleksandr Khudenko added.

The hospital's Director Oksana Bochkarova said that doctor's support is particularly important for the country today:

"It is especially necessary to improve and update the material and technical base of the hospital, to modernize medical equipment in the setting of the pandemic. This is why we would like to express our special gratitude to the Rinat Akhmetov Foundation and its Founder for delivering this ventilator.”

Along with the ventilator, the doctors of the intensive care unit received individual sets of medical clothing from the Foundation. 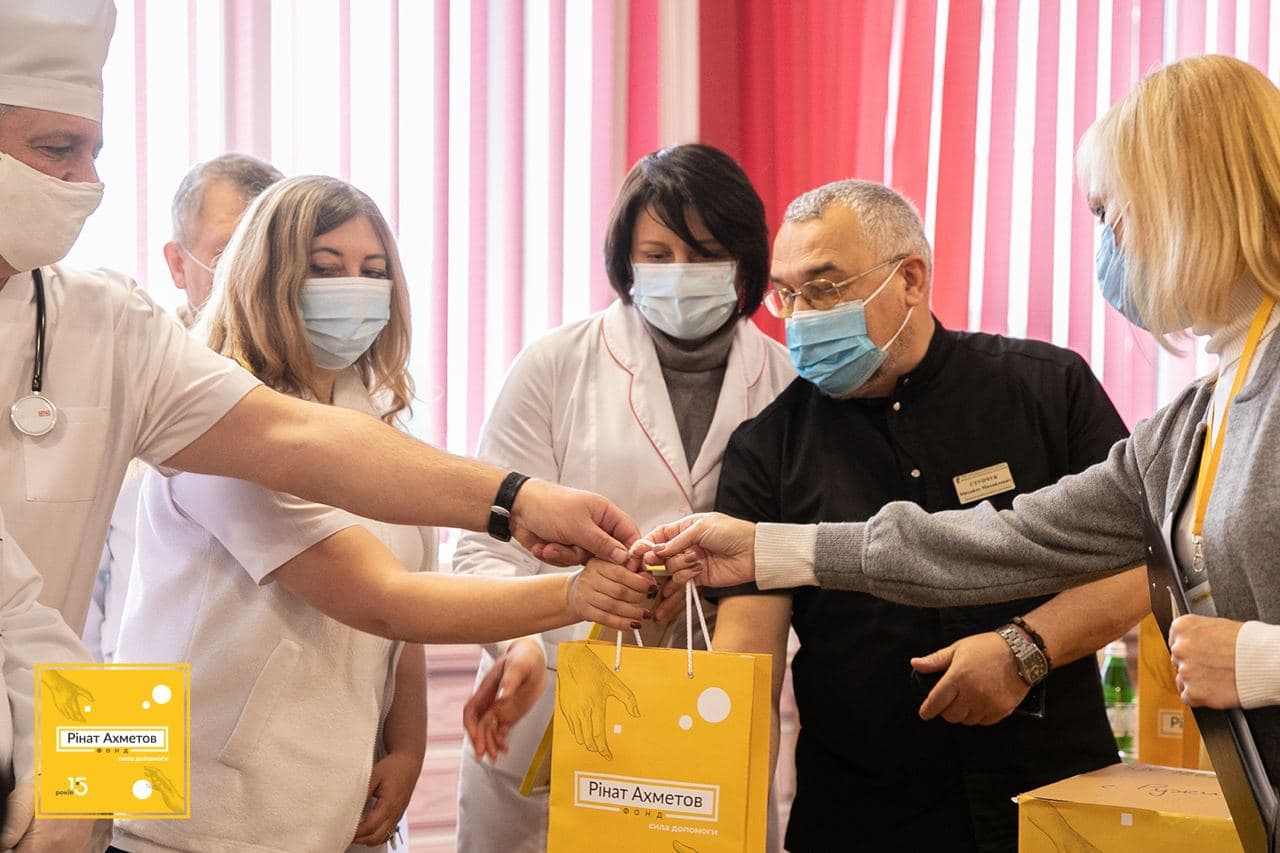 Read more about the Rinat Akhmetov Foundation's assistance to the country in the fight against COVID-19 in the review materials:

1. Stop coronavirus in Ukraine: the chronicles of the Rinat Akhmetov Foundation's assistance to the country

2. Combating coronavirus: the assistance by the Rinat Akhmetov Foundation to stop the epidemic in Ukraine. Part 2