A large-scale social campaign of the Rinat Akhmetov Foundation has got underway in Ukraine. Its task is to draw public attention to such serious topics as orphanhood, the quality of Ukrainian healthcare, and the fight against COVID-19. To that end, a series of videos has been created, which the country’s leading TV channels broadcast now.

‘During 15 years, the Rinat Akhmetov Foundation helped five million people survive. This is the largest contribution of one person to the lives of others. Over the years, the Rinat Akhmetov Foundation has repeatedly proved what enormous power one person’s help has when it comes from the heart, and that this help, if systematic and continuous, becomes a catalyst of change for millions of Ukrainians. In the framework of the program Rinat Akhmetov – Saving Lives, the Foundation has been providing large-scale assistance to public healthcare facilities. It has implemented a number of large projects, thanks to which the quality of healthcare in Ukraine has changed. The Foundation also has to its credit projects on the prevention of cancer and fighting tuberculosis. Hundreds of thousands of patients have received its support. Little children get help with hearing aids. In response to the most pressing challenges of the pandemic, about 1,000 units of state-of-the-art equipment have been handed over to doctors in the framework of the project Fighting COVID-19 in Ukraine,’ said Yuliia Yershova, Chief Communications Officer of the Foundation. 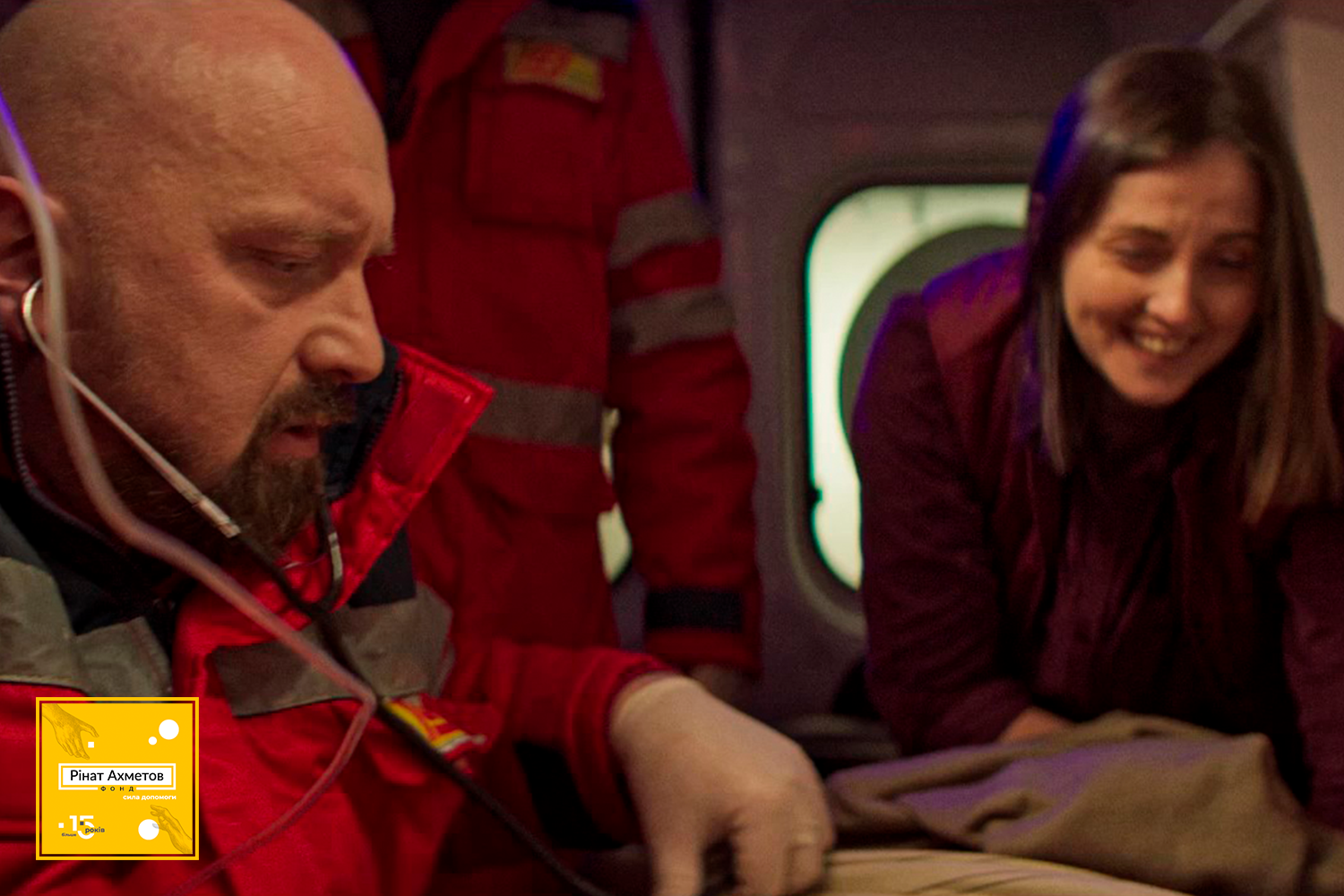 According to her, one of the unique projects is the project 200 Ambulances for Ukraine. In just six months, hospitals in all regions received 114 reanimobiles (resuscitation on wheels), 64 off-road first aid vehicles, and 22 neonatal ambulances.

Today, many of these vehicles are involved in the fight against the coronavirus pandemic in all the regions of the country. One of them runs in Zakarpattia where in many hard-to-reach remote areas patients get medical aid literally in extreme conditions.

Ust-Chorna village has about a thousand inhabitants. Many felt the insidiousness of the disease first-hand. In order for vital care for such patients to arrive on time, 15 ambulance crews operate in Tyachiv district alone.

‘There are a lot of patients with the coronavirus, among whom there are enough of those who tried self-treatment. The most severe cases are extremely difficult to transport,’ says Tetyana Mlynetska, a doctor at Tyachiv Emergency Medical Service Station.

An ambulance from the Rinat Akhmetov Foundation was a huge support for doctors. It cruises dozens of kilometres off-road much easier, and the equipment onboard allows to support the life of a patient while on the road. It has oxygen, a defibrillator and other modern medical equipment.

‘Without this, we cannot do anything. We are very grateful for such a vehicle. It was a very timely help. We are deeply grateful!’ said Tetyana Mlynetska.

The project 200 Ambulances for Ukraine is the largest private charity initiative in the field of emergency medical services. Rinat Akhmetov is the only philanthropist who, for the first time in 30 years of the country’s independence, donated so many ultra-modern ambulances to doctors.

These 200 vehicles will enable doctors to save hundreds of thousands of lives a year. This is one of the most important projects of the Rinat Akhmetov Foundation aimed at helping people. It is important to note that these are the most modern vehicles. The equipment they carry onboard is on a par with that of private clinics.

The Foundation’s videos are available for watching not only on TV channels, but also on the Internet.