Every year on 17 November the world marks the World Prematurity Day. For the Rinat Akhmetov Foundation, this area has also become one of the focuses of its activity.

‘Rinat Akhmetov’s help always comes to where it is especially needed. First of all, when it comes to saving people’s lives and health. The project 200 Ambulances for Ukraine was implemented in the framework of the program Rinat Akhmetov – Saving Lives. This is the first and largest private charity project in emergency and primary healthcare in Ukraine. This is an event of the national scale: for the first time, public health facilities in all the regions of the country have received state-of-the-art special-purpose vehicles. The Foundation donated 114 Class B vehicles, the so-called “resuscitation on wheels”, to hospitals, dispensaries and ambulance stations. Children’s hospitals were provided with 22 Class C vehicles, which are neonatal ambulances that can help save the lives of new-borns. In addition, 64 unique medical all-terrainers took the road to save people’s lives in remote communities located in mountainous terrain or country-road environment. First ever in Ukraine, doctors in villages or hard-to-reach settlements received vehicles of this class,’ said Iryna Blazhan, Project and Program Chief Director of the Foundation. 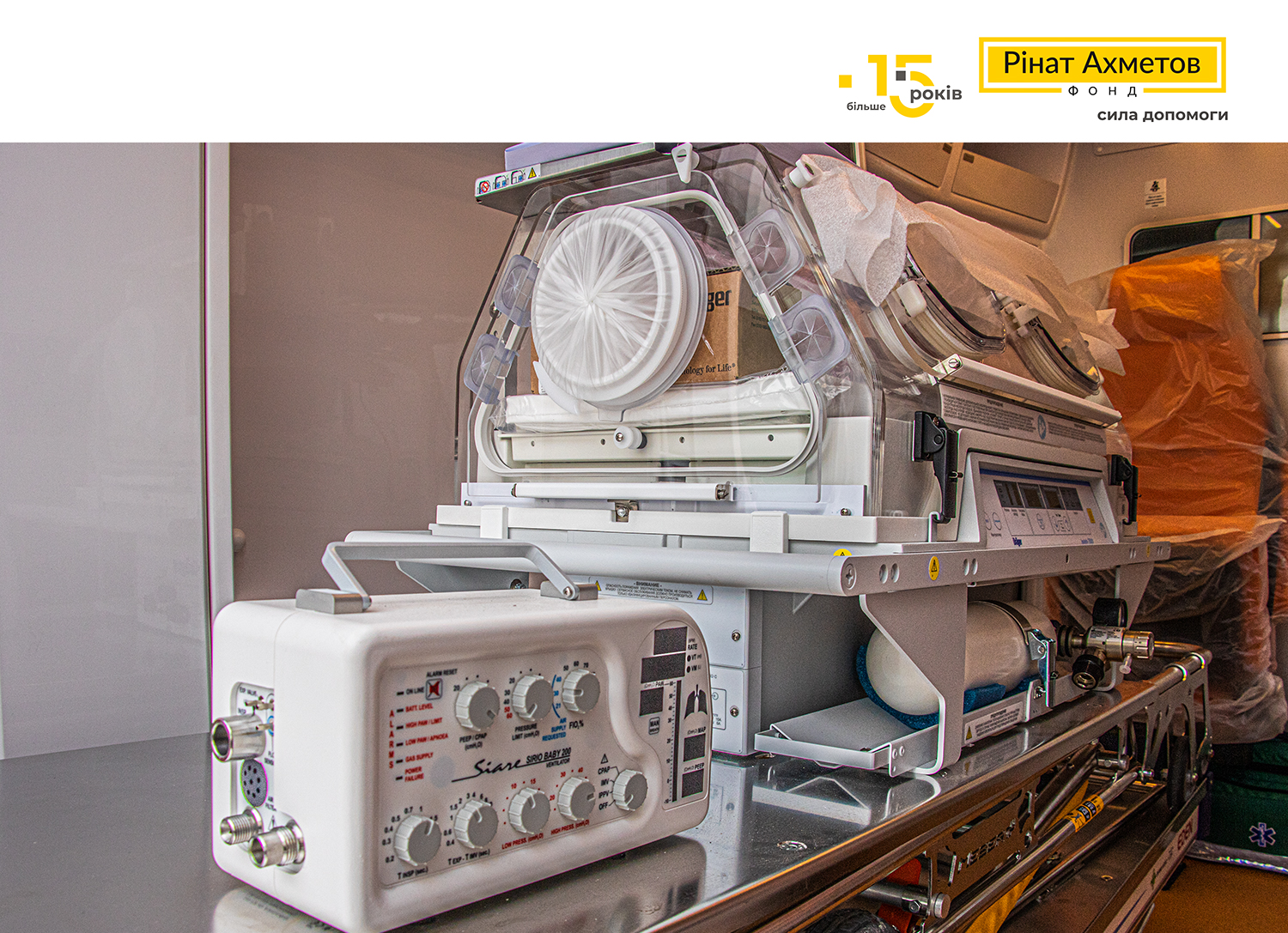 Those new-borns who are born prematurely need special care and assistance. The fate of such babies is decided in a matter of seconds, and even if a regular ambulance arrives extremely fast this can be useless, because transportation without specialized conditions is detrimental to such little patients. To turn those babies’ fateful seconds into minutes, days and years, each neonatal vehicle of the Foundation is fitted out with emergency rescue equipment, up to the lung ventilation systems for children. And the main thing is that it is not just a “resuscitation on wheels”. The vehicle carries a real “capsule of life” or an isolette/humidicrib for babies on its board. This is a kind of an incubator for transporting premature babies. It maintains a stable, safe temperature and humidity, and is provided with oxygen. In addition, the neonatal Class C ambulance has another distinctive feature – a loading device with a hydropneumatic suspension. The device has a good shock-absorption system and does not depend on the vehicle’s movement. The humidicrib is installed on it, which protects a baby from inconveniences while on the road.

The Kolesnykov family was one of those who felt the help of such an ambulance from the Foundation. According to Olga Kolesnykova, immediately after the birth her daughter was placed in intensive care.

‘Every minute counted. No one gave us any guarantees that the baby would survive,’ the woman said.

Little Zoriana entered this world weighing just 1,300 grams. From the maternity hospital she was immediately taken to the intensive care unit of Cherkasy Regional Hospital by a neonatal ambulance from the Rinat Akhmetov Foundation. The baby’s life was saved.
‘Rinat Akhmetov helps Ukrainians a lot. Including us, young parents,’ expressed her words of gratitude Olga Kolesnykova.

The project 200 Ambulances for Ukraine changed the quality of emergency care and primary healthcare. Now doctors in all the regions of the country are able to come to patients faster and to provide more efficient aid. During a year, doctors on these ambulances can save a million lives. Today, many of the Foundation’s ambulances are effectively involved in the fight against the coronavirus epidemic.