Helping children is a priority for the Rinat Akhmetov Foundation. Especially when it comes to the life and health of a child. That is why a number of projects and programs in the Foundation’s activities are focused on this area.

Thus, the Foundation is the only charitable organization in Ukraine that systematically and on a large scale helps children from Donbass undergo psychological or physical rehabilitation. For kids diagnosed with hearing impairment, it provides high-sensitivity hearing aids (earphones) that help them develop on a par with their peers.

Overall, the Rinat Akhmetov Foundation has implemented dozens of projects since the time when it was established. These are both local initiatives and national-scale programs. But it all started with providing support to people who found themselves in difficult life circumstances and were in dire need of urgent help. The principle “help here and now” formed the basis of the program Rinat Akhmetov – Saving Lives. 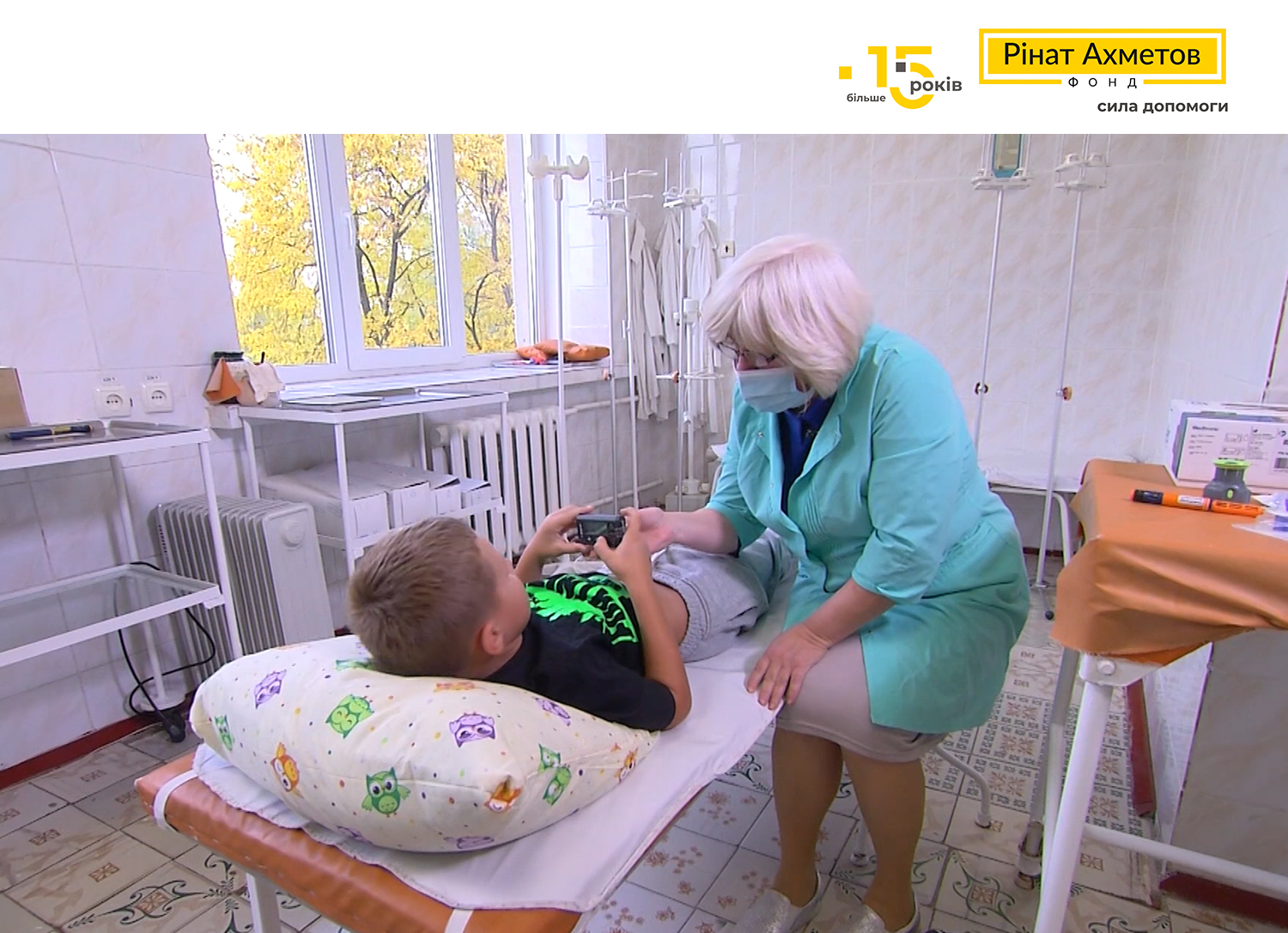 One of those who received assistance under the program was eight-year-old Nazar Andriyevskyi from Kupyansk, Kharkiv region.

‘In 2017, the child was diagnosed with type one diabetes. The world collapsed. This is a severe form of the disease, so Nazar had to constantly receive injections, up to six times a day, to have his blood glucose stabilized. The best solution to this problem in order to improve the quality of the child’s life was to purchase an insulin pump. It automatically stabilizes all blood sugar indicators. The speed of administration and the dosage can be programmed as needed. In this way, the pump mimics the work of the pancreas,’ said Iryna Andriyevska, Nazar’s mother.

Doctors warn parents that this disease can be detected in a child based on a group of symptoms. Parents should pay special attention to them.
‘A child suddenly began to get up at night to go to the toilet and drinks a lot of water – more than one and a half to two litres per day, but is still constantly thirsty. He or she is constantly hungry, eats regularly, but does not gain weight,’ says endocrinologist Svitlana Chumak.

The level of glucose in the blood can be maintained with precisely defined doses of insulin. And it needs to be given to children only by means of the insulin pump. This is a kind of microcomputer that selects a dose for the body individually. However, the family could not afford to buy it. The income of the family, where the father works as a train operator and the mother is employed in the train depot, did not allow for it. Then the parents turned to the Rinat Akhmetov Foundation for help. 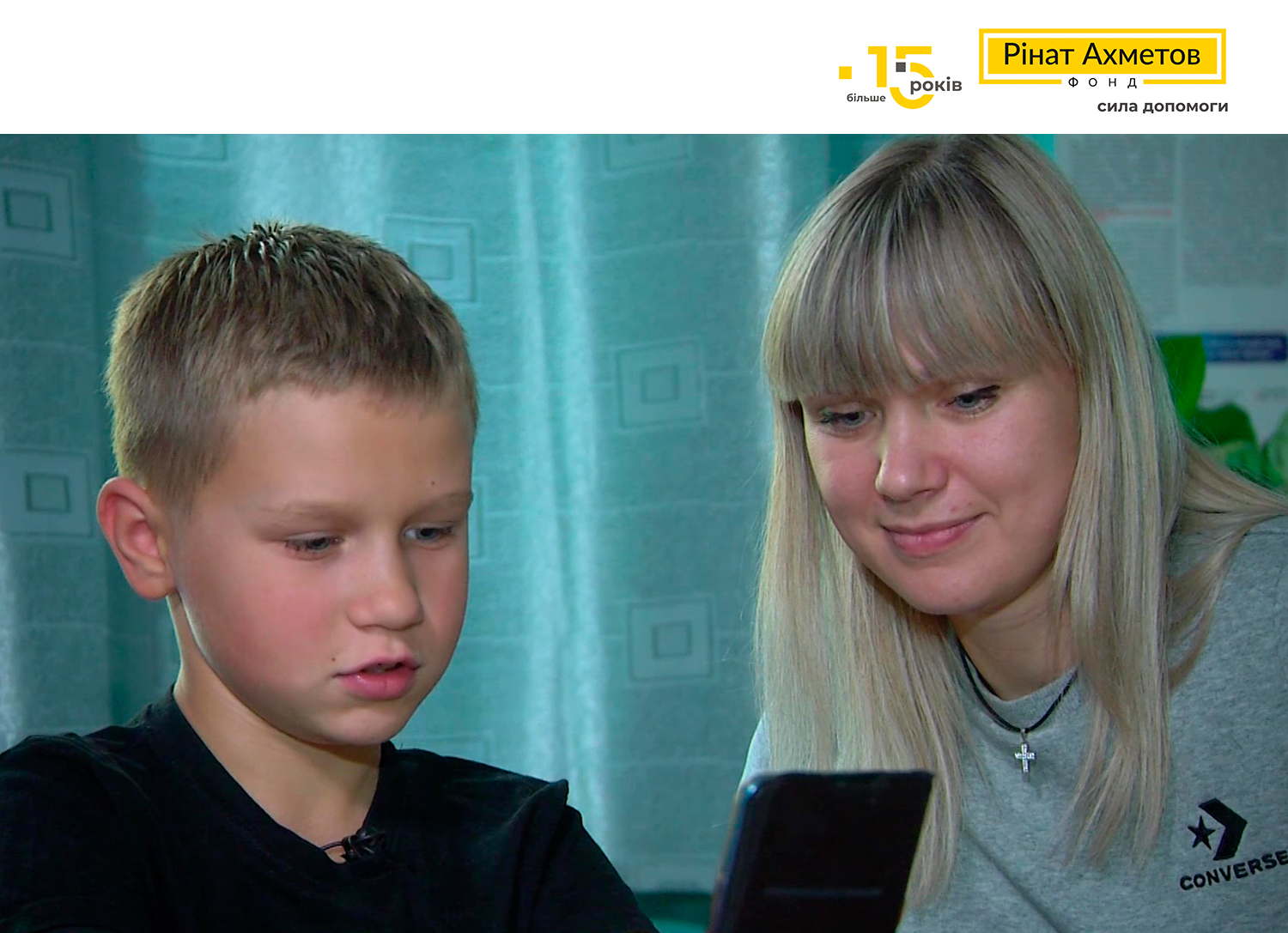 Thanks to the Rinat Akhmetov Foundation, the pump was bought and provided to Nazar. The boy says that he is fond of fishing and dreams of catching one, but the biggest fish in his life. But what Nazar wants even more is to recover. To live without constant injections and strict daily routine.

‘There have been changes for the better in my life. Now I do not need constant injections any more. I just need to press certain buttons on the insulin pump!’ he shared his emotions.

Nazar’s mother does not hide her positive emotions either.

‘I want to thank Rinat Akhmetov for such a gift. Thank you very much!’ said Iryna Andriyevska.

The Rinat Akhmetov Foundation: Premiere of the Second Season of Your Superprofession Series
See more