Rinat Akhmetov for Children. I Can Hear Now: More Than 200 Kids Became Participants of the Project

The Rinat Akhmetov Foundation has been helping babies with hearing impairments since 2007, and in March 2018 the project Rinat Akhmetov for Children. I Can Hear Now became operational. It gives children the possibility to hear the voices of their mom and dad, to communicate with their brothers and sisters.

‘To date, more than 200 project participants who had deafness from birth or lost their hearing at a later stage received hearing aids (earphones). These modern devices operate at various frequencies and adapt to a child's individual features. These are sort of mini-computers that compensate for exactly the number of decibels that a person lacks. An important principle of the project is to help as quickly as possible, since hearing aids must be provided before the age of seven. If a child receives this help on time, he or she will learn to speak and will be able to develop in a full-fledged manner. The Rinat Akhmetov Foundation received a large number of grateful responses and feedback from parents and guardians happy that their children can hear the world around them,’ said Yuliia Yershova, Chief Communications Officer of the Foundation.

Alina Boguslavska from Donetsk region became one of the project participants. 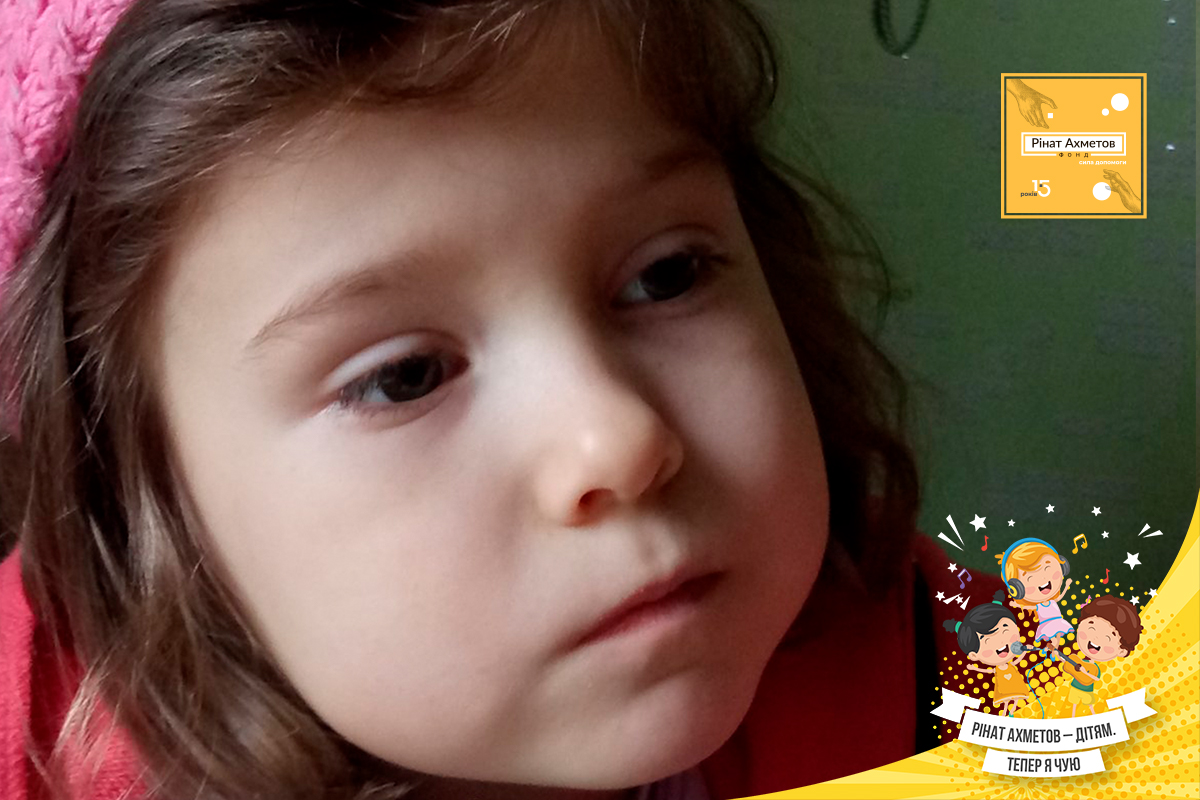 ‘My daughter was born an absolutely healthy child. She began to pronounce her first words before the age of three, but then I started noticing that Alina did not respond to sounds. She ceased to speak,’ said the girl's mother.

The woman turned to doctors in Kramatorsk city who recommended Alina highly sensitive hearing aids. However, being a single mother, the woman could not afford to buy them at her own expense. The Rinat Akhmetov Foundation came to help. Now Alina is able to hear her mother's voice again!