Rinat Akhmetov for Сhildren. I Can Hear Now: Help for Little Mark from Bakhmut

The Foundation has been helping little children diagnosed with hearing impairment since 2007. In 2018, this line of activity developed into a separate project Rinat Akhmetov for Children. I Can Hear Now. Its participants receive high-sensitivity hearing aids (earphones), which are adapted to the children’s individual features.

‘In 2020, the project went nationwide. To date, more than 200 project participants who had deafness from birth or acquired it later in life, received hearing aids as a gift. The devices operate at different frequencies. These are kind of mini-computers that compensate for exactly the number of decibels that a person lacks. They are expensive, so not every family can find money to buy them. An essential principle of the project is to help immediately. After all, hearing aids must necessarily be used before the age of seven. If a child receives such timely help, she or he will learn to speak and develop in a full-fledged manner,’ said Iryna Blazhan, Project and Program Chief Director of the Foundation. 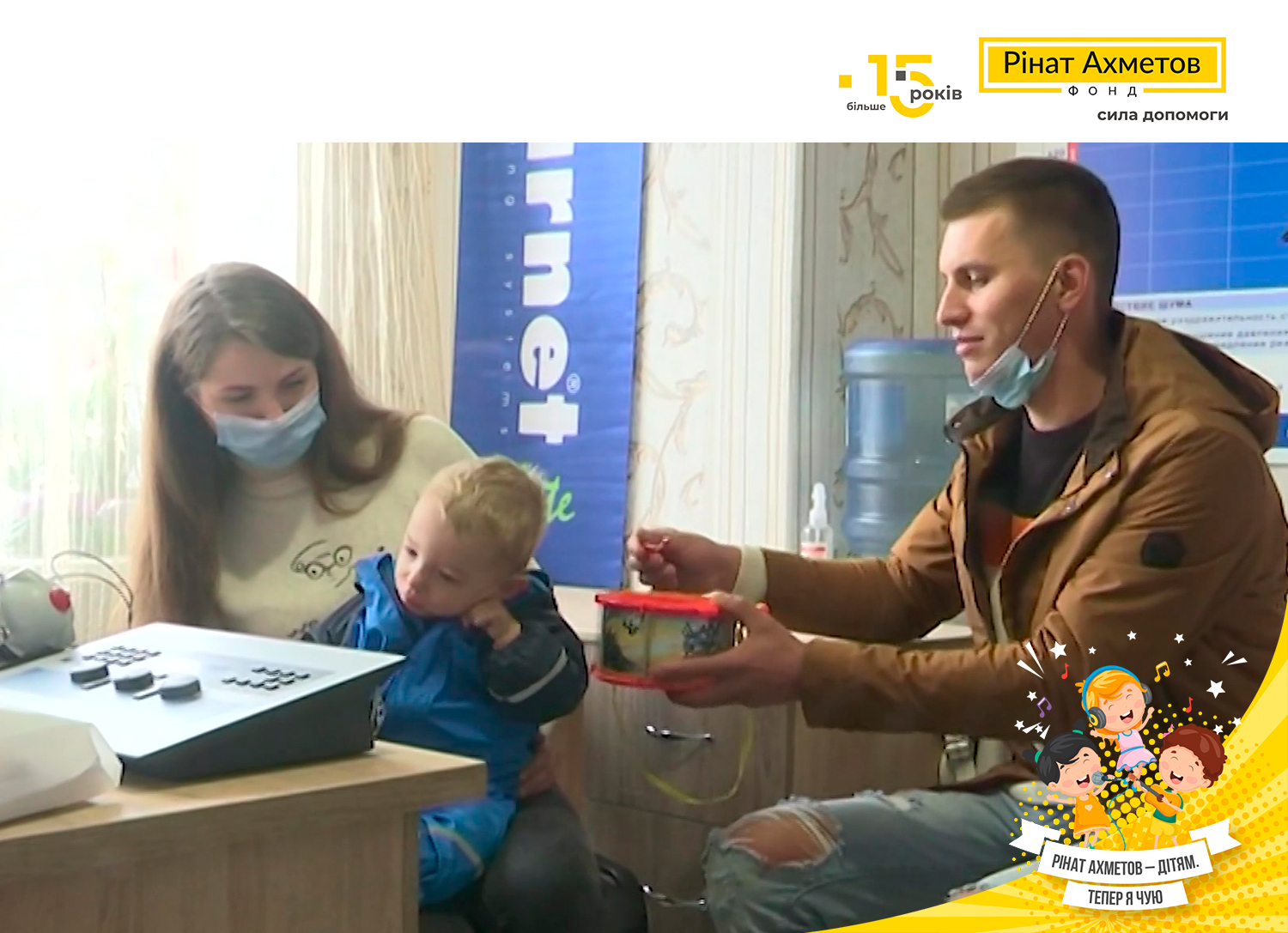 One of the participants in the project was little Mark Derkachiov from Bakhmut, who is less than two years old.

‘My sonny is a sickly kid from birth. He was born prematurely, in the 27th week of pregnancy, and weighed just over a kilogram. On the third day of his life, he had a brain haemorrhage. Mark’s chances of survival were minimal. Fortunately, the baby coped and began to recover, so two and a half months later he was discharged home,’ explained Yuliya, the boy’s mother.

However, this hardship was not the last one for the baby and his parents. Mark had to undergo eye surgery and at the same time to fight the diagnosed cerebral palsy. Thanks to the rehabilitation courses, the child was able to make the first steps. But a new trouble knocked on the door. 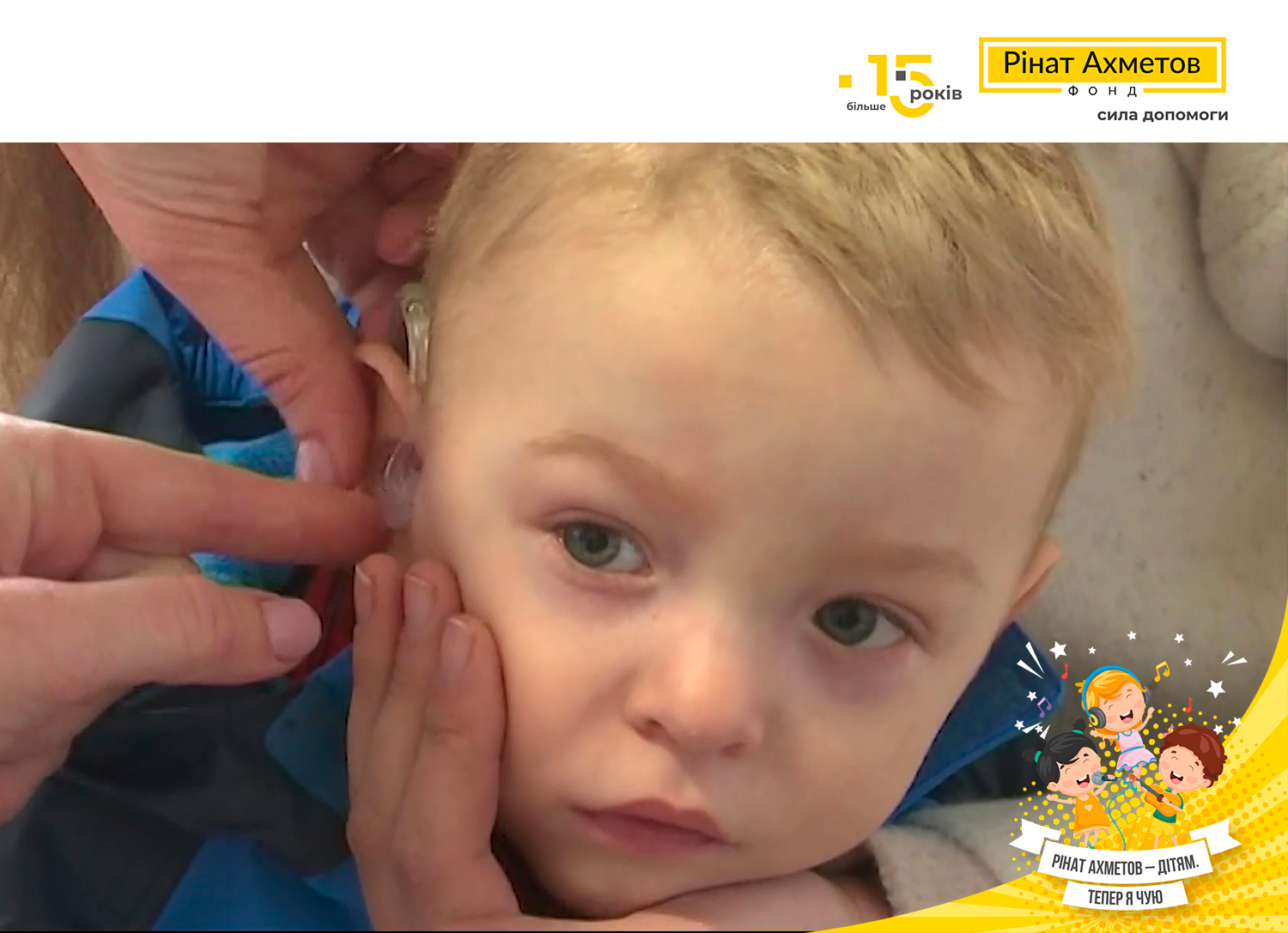 ‘It turned out recently that Mark cannot hear. He needed powerful hearing aids to be able to hear the world around him. The sooner they are installed, the sooner the kid will be able to hear and then will be able to speak. The news came as a real shock to us. Mark’s father had a severe form of the coronavirus. This caused complications for his lungs. He was operated on three times and now the question of receiving a disability status is being settled. We spent all our savings. We could not afford even the cheapest hearing aids,’ says Yuliya.

Fortunately, the Rinat Akhmetov Foundation came to the rescue. Now Mark has the possibility not only to hear the voices of his dearest ones, but also to grow in a full-fledged way.

‘Thank you very much! I don’t even know what we would do,’ expressed her gratitude Yuliya.

The Rinat Akhmetov Foundation is always where it is most needed. Its programs and projects have changed our society and its attitude to many pressing challenges. Today, the Foundation sets an example for other charitable organizations, promotes systemic change, and introduces international best practices.