The Museum of Civilian Voices of the Rinat Akhmetov Foundation: ‘A Splinter Stopped a Few Millimetres From My Son’s Carotid Artery’ – the story of Oksana Budzak

The Museum of Civilian Voices of the Rinat Akhmetov Foundation continues to collect stories of people who became eyewitnesses of the military conflict in eastern Ukraine. The goal is to tell the whole world about the events in Donbass and the civilians whose lives those events changed forever.

Oksana Budzak comes from the village of Trudivske near Donetsk. Once during the shelling, a shell exploded near her house. Her son was seriously injured. A splinter stopped a few millimetres from the artery and nearly cost him his life. The boy received a psychological trauma and it took him a while till his injured arm recovered.

‘Shellfire was raging nearby, but we could not even imagine that it would affect us. The first shelling started in the summer of 2014. It was scary. We did not understand yet where they were shooting – in the direction from us or towards us. In 2017, when my son and husband were injured, it was the first time in three years. The first and only time when the village was shelled,’ the heroine of the story recounts. 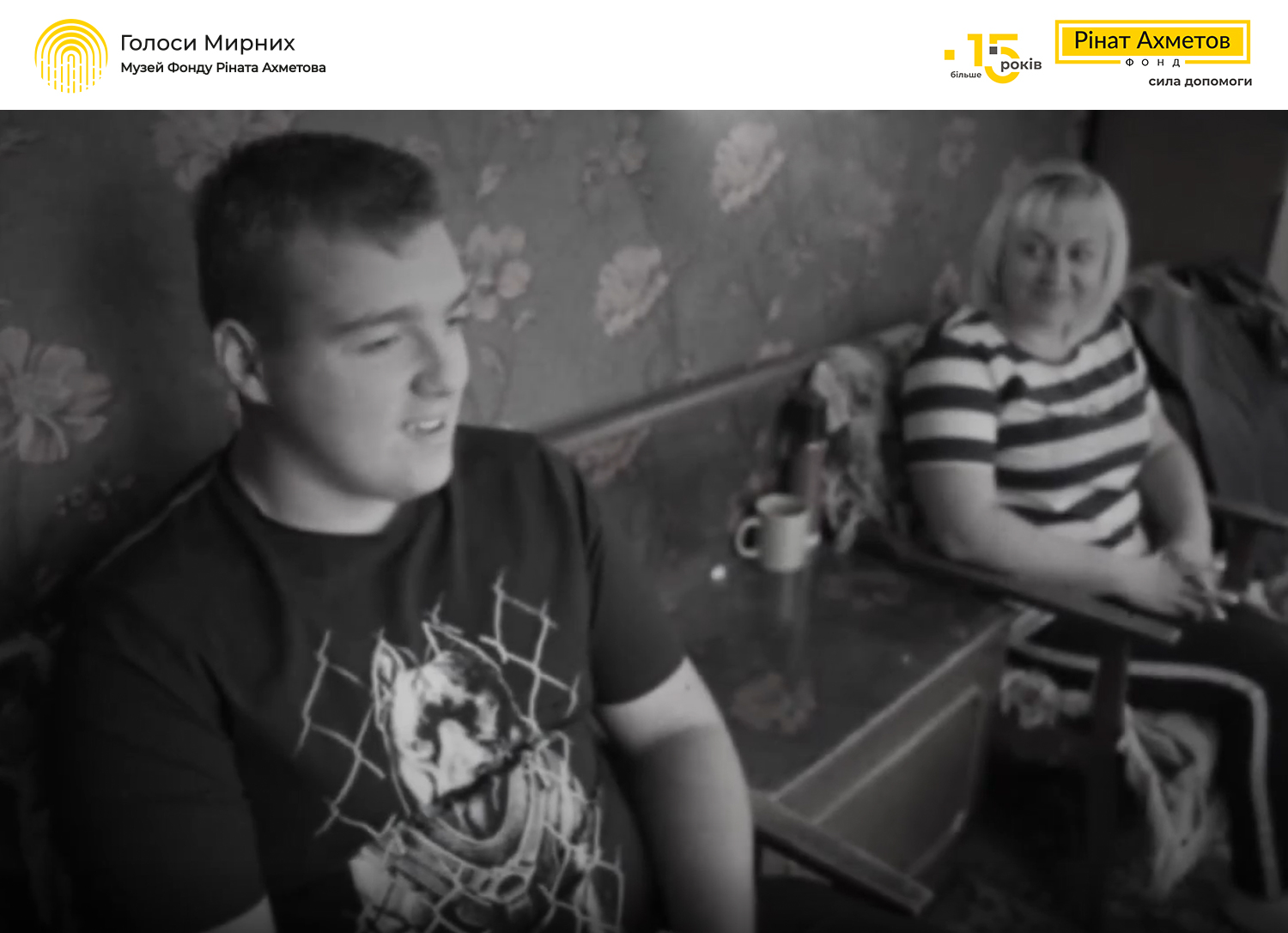 The feeling of fear did not leave the woman for a moment. However, at that time she realized that the lives of her loved ones were at stake.

‘I clearly realized that I could not fall into hysterics. After all, I have two of my loved men, they are injured, and I need to bandage them, I need to call an ambulance. We waited for an ambulance a long time. It did not come until the shelling was over. That waiting was the worst thing in life. When you cannot stop the bleeding and you understand that you need to go to the hospital urgently,’ the woman recalls.

‘My son was seriously injured. He underwent an operation. The fragment was removed. As the doctor told us, it was two millimetres from the carotid artery. He would have died right there on the site if the fragment had passed a little further. He was lucky to be alive, he was born with a caul,’ says Oksana Budzak.

The woman says that the Rinat Akhmetov Foundation came to the family’s rescue at the most challenging moment.

‘The Rinat Akhmetov Foundation helped us. My son and husband were injured on Friday, and on Saturday morning I received a call from the Foundation offering their help. At that time, the hospital helped us with some medicines and we also bought something ourselves. But when the doctors said we needed rehabilitation, we could not afford it, and I called the Foundation. They helped us. We underwent a rehabilitation course from the Rinat Akhmetov Foundation for two years in a row. Many thanks. We are heartily thankful!’ summed up the heroine. 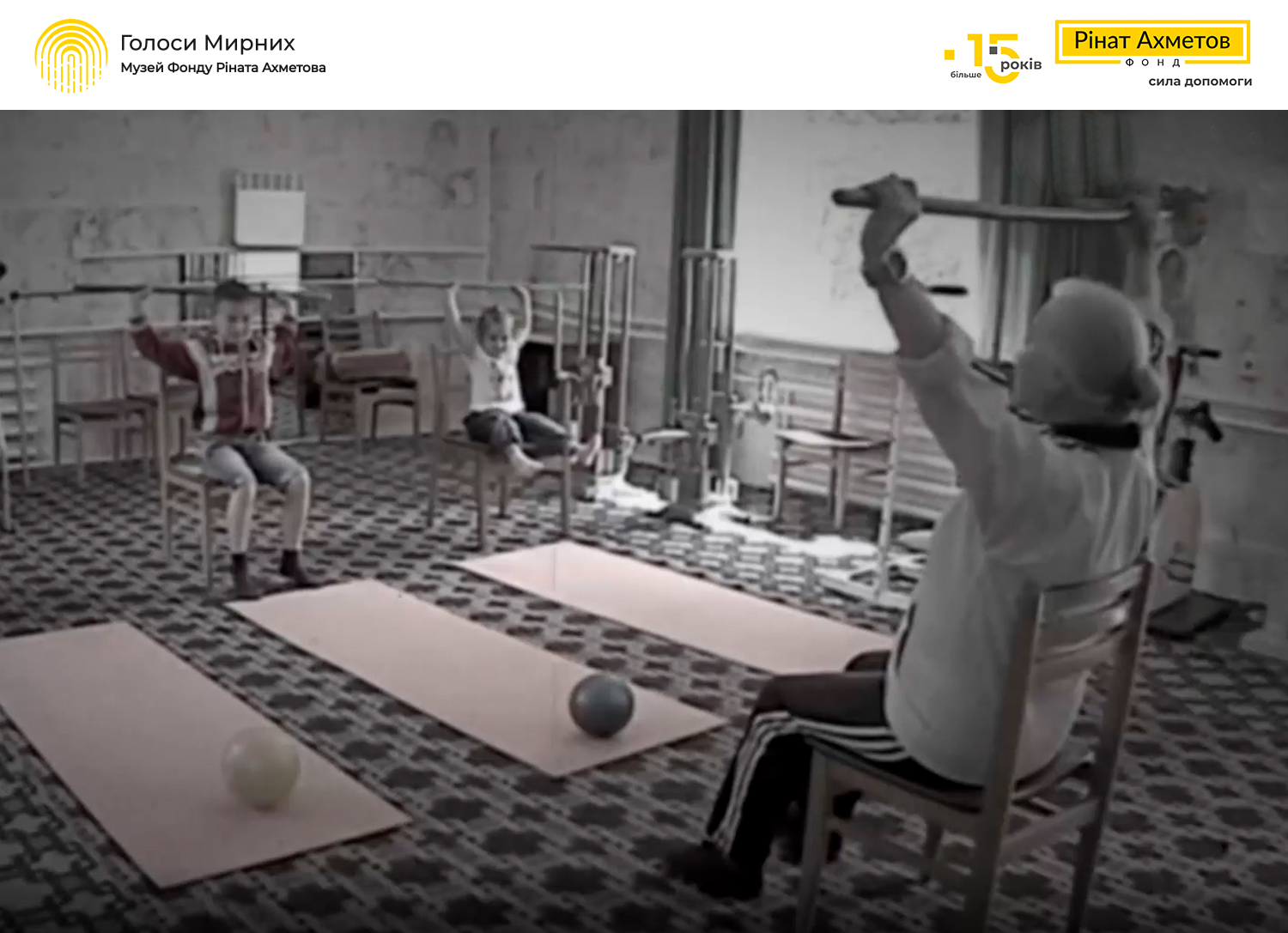 The Museum of Civilian Voices of the Rinat Akhmetov Foundation is a project with a global outreach. Within its framework, by 2025, the Foundation plans to collect 100,000 stories of civilians affected by the armed conflict in Donbass.

‘We cannot open the museum in Donetsk, so we are creating it online. It will work as an online archive, online exhibitions, online and offline projects, and as a media resource. Rinat Akhmetov helped, is helping and will help civilians in Donbass. In 2014, the Humanitarian Center was established, which provided assistance unprecedented in its scale and, in fact, helped millions of people survive. There is a separate story behind every saved life. We want to create the world’s main archive of Civilian Stories. We believe that in this way we keep the voices of the past and the present for a better future,’ says Natalya Yemchenko, a member of the Rinat Akhmetov Foundation’s Supervisory Board.

To share their stories and contribute to the preservation of memory, residents of Donbass and IDPs just need to follow the link https://civilvoicesmuseum.org/en/my-story and fill out a small questionnaire or leave their contact details. Donbass Civilians can also turn to the Foundation for free psychological assistance by calling 0800509001.