The Museum of Civilian Voices of the Rinat Akhmetov Foundation: The Story of Hryhoriy Sotnyk

The Museum of Civilian Voices of the Rinat Akhmetov Foundation continues to collect stories of people who became eyewitnesses of the military conflict in eastern Ukraine. The goal is to tell the whole world about the events in Donbass and about civilians whose lives those events changed forever.

Not only adults but even innocent children suffer from the war. The story of Hryhoriy Sotnyk, a resident of Kramatorsk, is no exception. Hryhoriy Sotnyk remembers the events of February 2015 with aching heart. Then the war badly affected his family – his grandson Artem was wounded during the shelling. Fortunately, it all worked out fine later. His daughter worked in a hospital and risked her life every day taking her work shifts in order to help people. 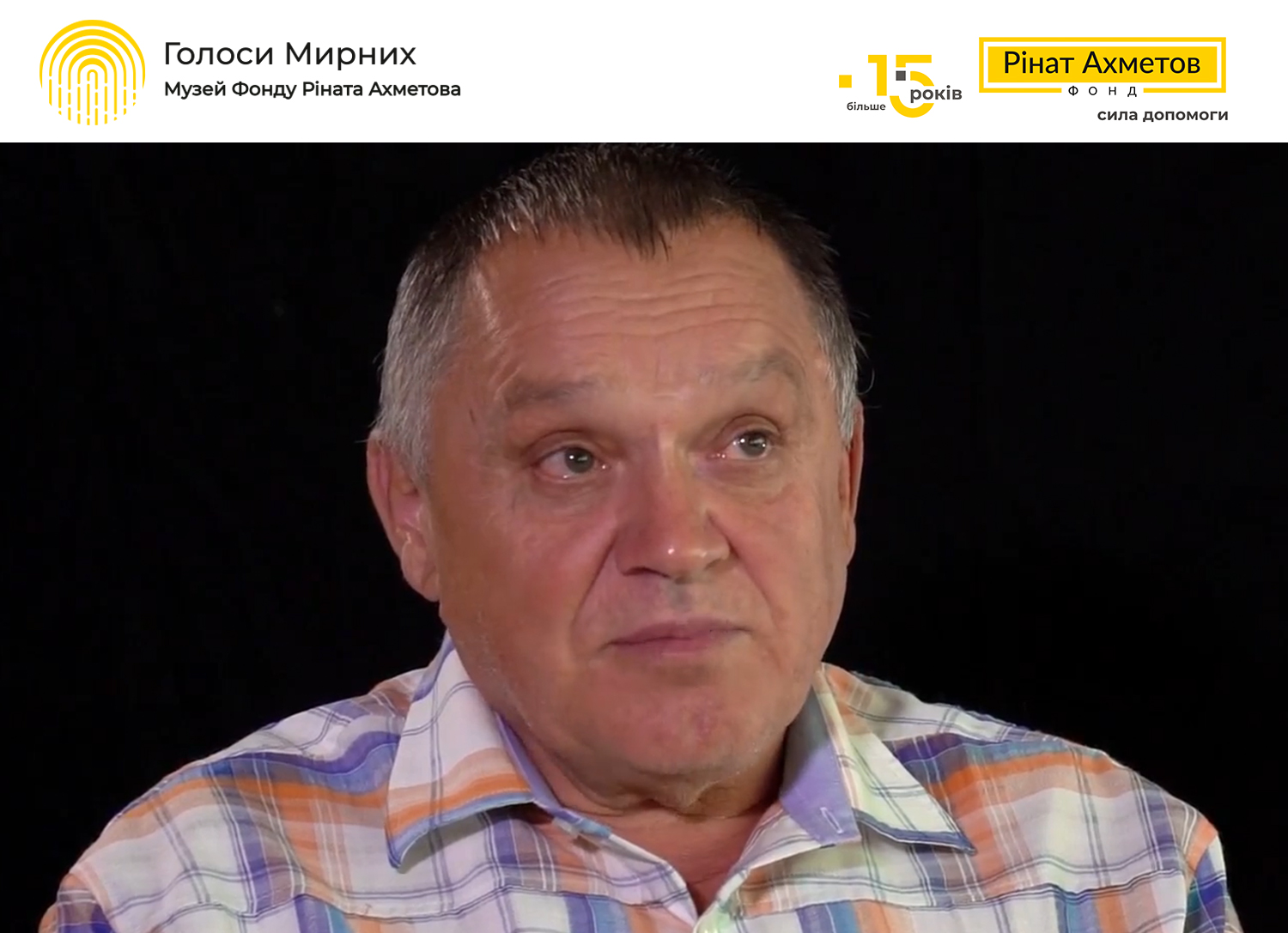 Hryhoriy remembers the events of that day with sad heart:

‘I heard some rumble, like a plane warming up its engine or a helicopter. And then an explosion thundered. I went out to the balcony and saw a cloud, some haze. I thought that a rocket flew somewhere. A Hurricane rocket or whatever it was. I looked around, and we had an old road to the airport and there were garages there. Such a crazy explosion! And Artem and his friends were playing outdoor right near those garages. We heard a call. They came in running. His friend, Vlad, had his leg in blood, while Artem seemed to be intact. Then the neighbour said, ‘Artem is also wounded.’ He wore such a thick coat as a down-padded jacket. We examined it and found that it was pierced. His right shoulder was touched [by a splinter].’

Now Artem is studying in a technical college. He decided to learn the profession of his grandfather and will become an electrician too. 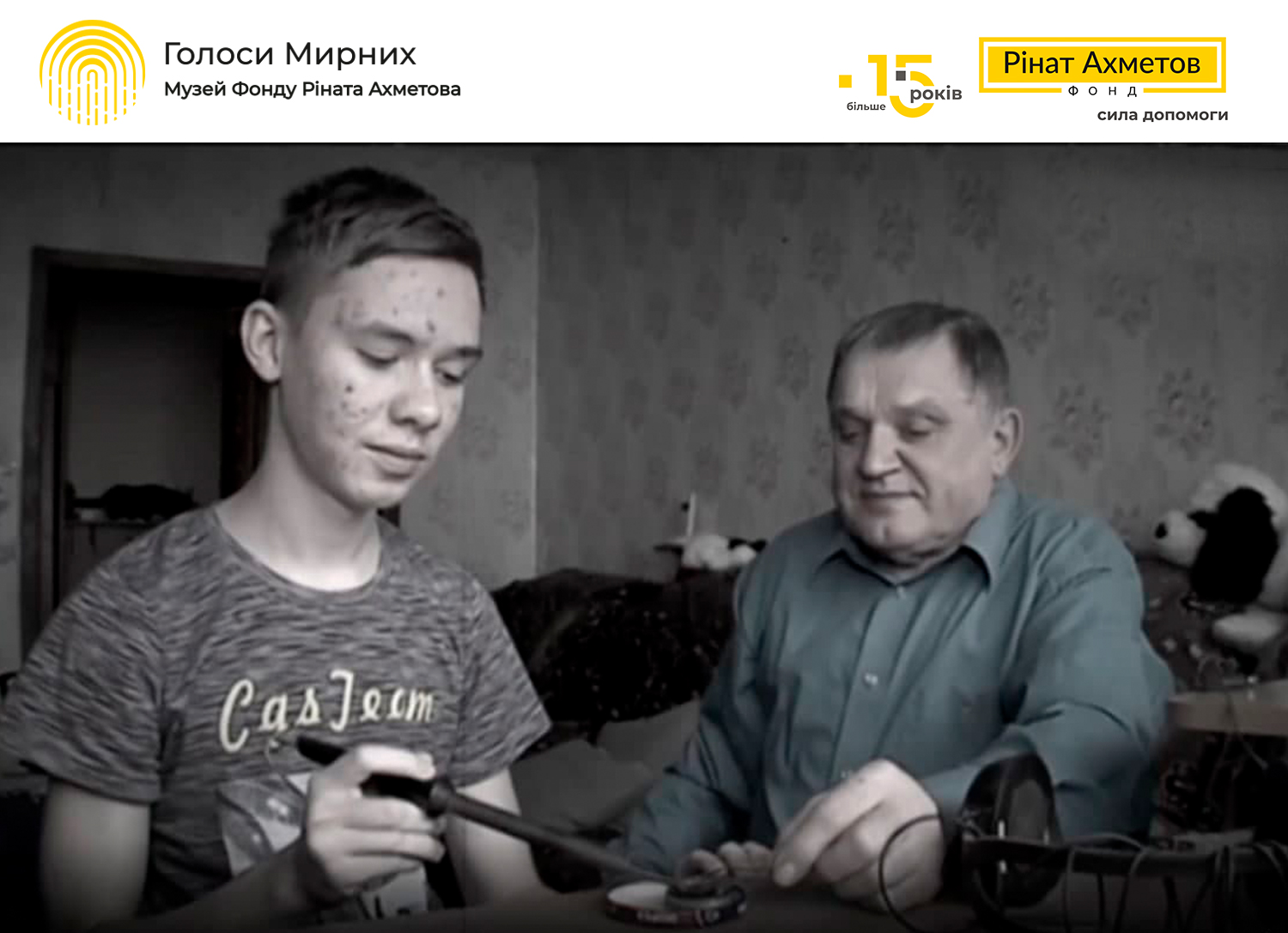 ‘The Rinat Akhmetov Foundation helps a lot. Thank you for health rehabilitation courses for children. It seems that we have a lot of wealthy people, on the one hand, while no one offers their help. We are thankful to Rinat Akhmetov for everything he does for Ukraine, for Donbass, and for not forgetting about us,’ Hryhoriy Sotnyk says.

The Museum of Civilian Voices of the Rinat Akhmetov Foundation is a project with global outreach. Within its framework, by 2025, the Foundation plans to collect 100,000 accounts of civilians affected by the armed conflict in Donbass.

‘We cannot open the museum in Donetsk, so we are creating it online. It will work as an online archive, online exhibitions, online and offline projects, and as media resource. Rinat Akhmetov has helped, is helping and will help civilians in Donbass. In 2014, the Humanitarian Center was created, which provided assistance unprecedented in its scale and, in fact, saved millions of lives. There is a separate story behind every saved life. We want to create the world’s main archive of Civilian Stories. We believe that in this way we keep the voices of the past and the present for a better future,’ says Natalya Yemchenko, a member of the Supervisory Board of the Rinat Akhmetov Foundation.

The Museum of Civilian Voices is the largest collection of stories of civilians from Donbass in Ukraine. Your story matters too! Tell it to the world! Follow the link https://civilvoicesmuseum.org/en/my-story and fill out a small questionnaire to make your input in the preservation of memories.