On 30 September, the Rinat Akhmetov Foundation took part in Social Value Matters (#SVM2020): People, Planet & Power. An event organized by Social Value Canada. Speakers at the event include local, national and international opinion leaders and leading practitioners dealing with social impact assessment. The conference is the largest event of the year for the expert community, dedicated to such topics as humanitarian aid, inequality, climate change, planet's future after COVID, etc.

The Rinat Akhmetov Foundation was the only speaker from Eastern Europe. Jointly with Envoy Partnership (a British consulting company), the Foundation presented the first study results regarding the social impact of humanitarian food aid in Ukraine. This is a unique study for Ukraine. Never before have humanitarian initiatives in the country been studied so extensively. Not only the food safety impact was looked into, but also how the received aid affected the emotional well-being of the beneficiaries.

The Foundation's session was called "Social Impact, Humanitarian Aid and Conflict Zone: Ukrainian Experience". The report stirred great interest of the expert community where over 100 leading experts in social impact assessment from Europe and North America participated. The international community learned about the conflict in Donbass and how the Rinat Akhmetov Foundation's project Food Assistance to Population changed the lives of millions of civilians in the region. 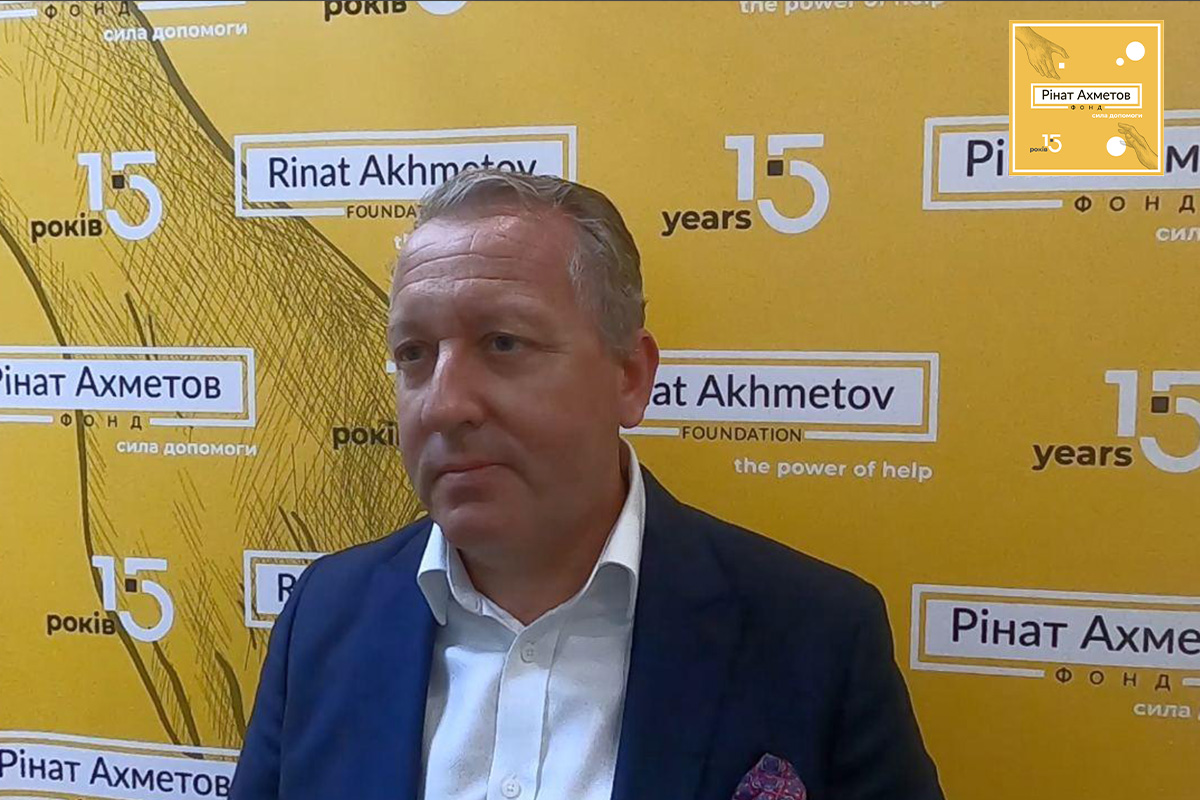 Jock Mendoza-Wilson, a representative of the Rinat Akhmetov Foundation, spoke about the main points of the armed conflict and its impact on  civilians.

"As of the end of 2019, the armed conflict in eastern Ukraine directly affected the fate of about 5.2 million civilians in the region. This figure is comparable to the population of the countries such as Norway, Ireland or Slovakia. 3.4 million of Donbass residents still require humanitarian assistance. The Rinat Akhmetov Foundation was the first to respond to the urgent humanitarian needs of the  civilians residents in the region. It made all arrangements to evacuate and resettle particularly  vulnerable populations, provided rehabilitation and psychological assistance to children. The Foundation's project Food Assistance to Population was and remains the largest and most systematic assistance provided to the civilians of Donetsk and Luhansk Oblasts on both sides of the contact line.The social impact of this particular project was investigated by the Envoy Partnership specialists," Jock Mendoza-Wilson said.

Partner and co-founder of Envoy Partnership, Oliver Kempton, spoke about the results of the study.

"We have received significant results. For example, the study showed that each recipient of food packages From the Rinat Akhmetov Foundation shared the food with an average of three relatives, friends, or neighbors. Thus, the number of recipients receiveing the aid from the Foundation reached 3.5 million people. This means that 2 out of 3 civilians affected by the conflict received food aid from the Rinat Akhmetov Foundation," Oliver Kempton said.

He also stressed that 96% of recipients said that this support helped them feel that they are not forgotten and are taken care of.

"It was also revealed that the well-being effect that was created for 5,000 volunteers was very crucial. 95% of them said that volunteering helped them feel useful to the society, and 78% said that it helped them cope with the psychological trauma of war and not give up,"  Oliver Kempton added.

In October 2020, the Rinat Akhmetov Foundation is holding a round-table discussion with the Ukrainian experts. The full version of the report on social assistance impact is to be presented there. A short report with the results of the Impact Study will be published by the end of September in the "To Experts" section on the website of the Civilians' Voices Museum from the Rinat Akhmetov Foundation. The website has already been launched in the test mode: https://civilvoicesmuseum.org/.

"The Rinat Akhmetov Foundation uses the best practices in its work, develops and adapts them in order to share this experience with the country. The Foundation was the first to apply social impact assessment in Ukraine, and is ready to share the methodology with organizations and government agencies. Social influence was measured for an objective and reliable assessment of the Foundation's performance," Natalya Yemchenko, member of the Supervisory Board of the Rinat Akhmetov Foundation, said.