Tetiana Chumachenko, a Doctor of Medical Sciences, a professor and the Head of the Epidemiology Department of Kharkiv National Medical University, became the guest of the Rinat Akhmetov Foundation's project Ask the Doctor.

Answering the questions about new COVID-19 strains, the epidemiologist told the audience that currently American researchers from Moderna biocompany are developing vaccines capable of counteracting two or more mutations of the virus. On 4 February 2021, global clinical trials began where they study whether it is possible to do the first and the second round of vaccination with vaccines from different producers.

‘Trials have begun in the UK where they use different intervals between the first and the second dose, as well as different vaccines. One group consists of persons vaccinated first with AstraZeneca and then with Pfizer vaccine, and another group are people vaccinated first with Pfizer and then AstraZeneca. If these trials give positive results, the recommendations can also change,’ said the epidemiologist.

Tetiana Chumachenko recommended to those Ukrainians who plan to be vaccinated to choose the time most favourable for their bodies when there is no exacerbation of chronic diseases, and also to normalize blood pressure and cholesterol levels, as well as consult a family doctor. She also urged those who have had COVID-19 disease not to rely on the level of antibodies in the blood, but rather to be vaccinated.

‘For those who recovered after the disease, vaccination can be postponed for six months. However, you can still be vaccinated earlier. There are no contraindications to that because in case of a viral infection, cellular immunity, and not antibodies, plays a primary role. If you still have antibodies, the vaccine will only enhance your protection,’ Chumachenko noted. 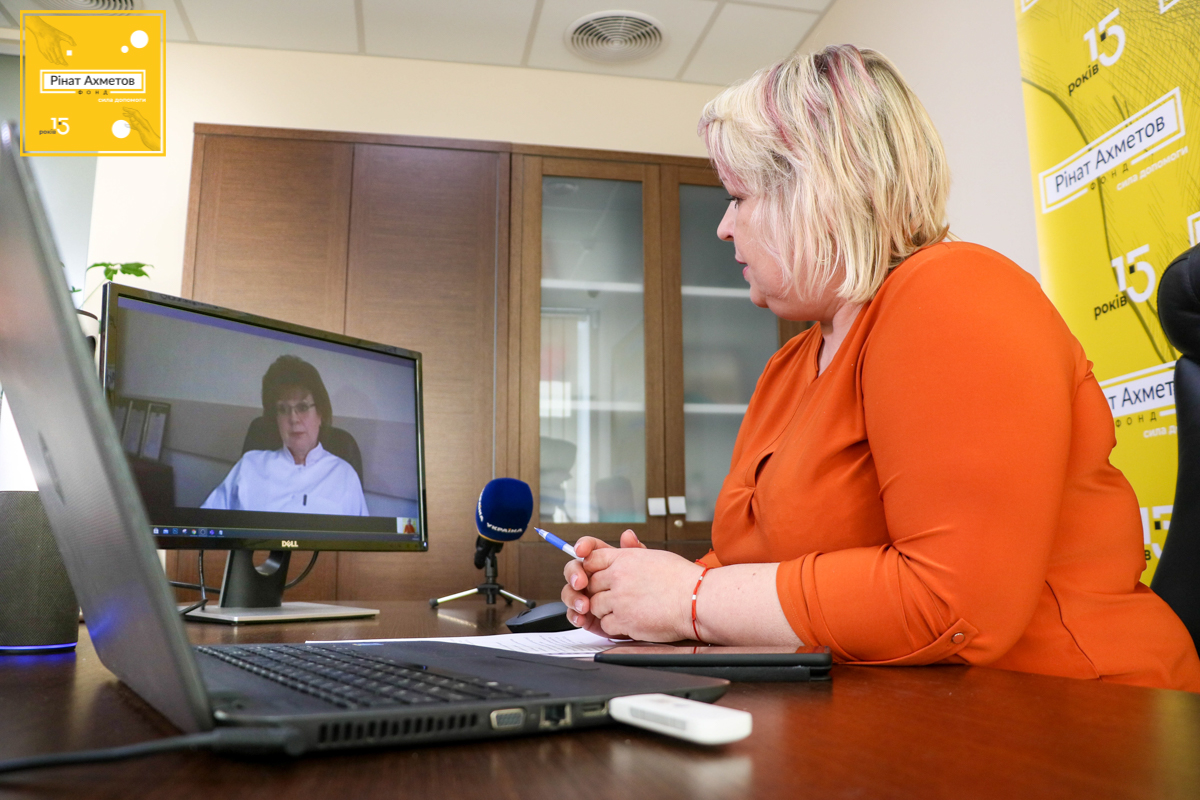 For those Ukrainians who cannot avoid social contacts, the epidemiologist recommended to follow the quarantine rules and cover their faces. She also explained how to choose the right mask.

‘An infected person breathes, talks, coughs and sneezes. Together with the air, he or she exhales particles, small nuclei containing the virus, and the latter settles only in a living cell, so it is looking for a new owner. It finds a new owner in 3 seconds. Medical masks are more moisture resistant. They have several layers that do not allow the penetration of the pathogen. If you take reusable ones from a store, they should be easy to breathe through, and they should be washed and ironed often.’ 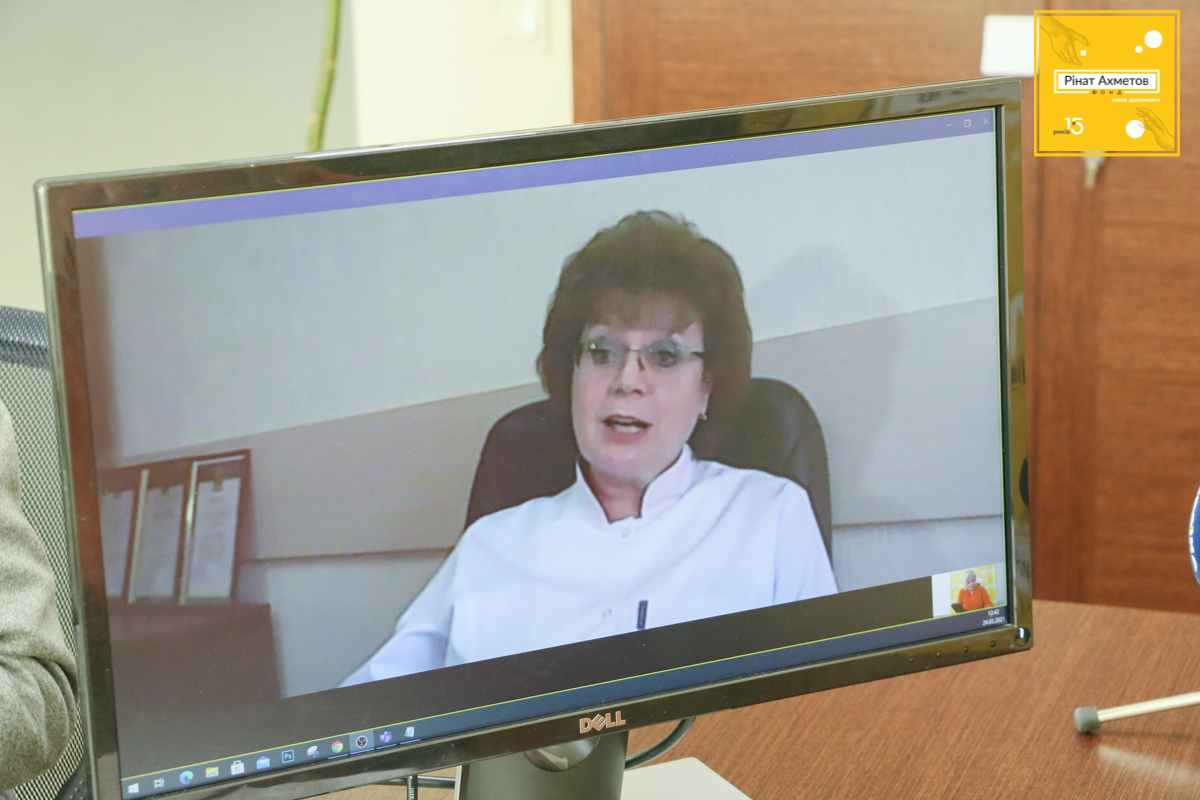 The doctor reminded that at the beginning of the epidemic the dangerous virus entered Ukraine from Europe with travellers. A new "British" strain has also been "imported" into the country. That is why she urged to be careful when traveling abroad and having contacts with other people.

Epidemiologist Tetiana Chumachenko is the nineteenth expert in the series of online broadcasts about COVID-19 organized by the Rinat Akhmetov Foundation and Ukraine TV channel. Earlier, the audience's questions under the project Ask the Doctor were answered by Borys Todurov, a cardiac surgeon, a professor and the director of the Heart Institute, by Yevhen Komarovskyi, a popular paediatrician of the country, Oleksandr Zaika, an immunologist of the Public Health Centre of the Ministry of Health, Serhiy Dubrov, the President of the Association of Anaesthesiologists of Ukraine, and other leading experts. 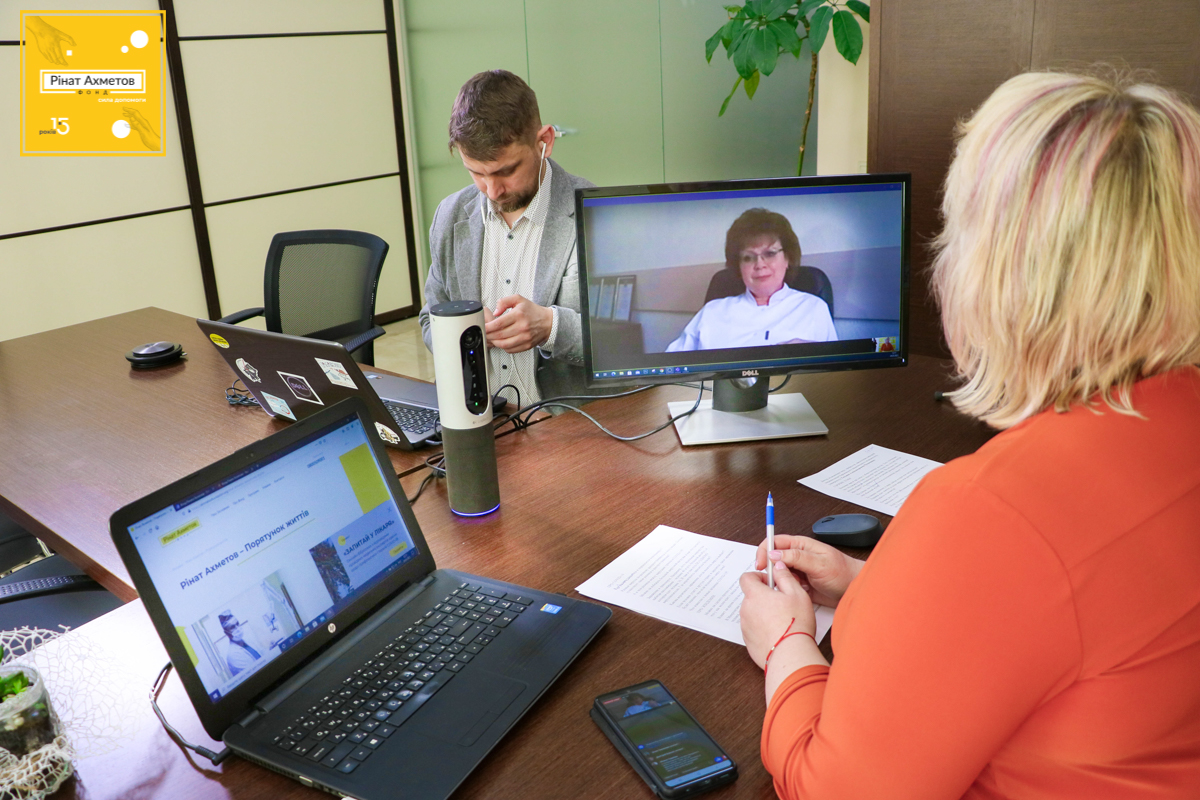 The project attracted more than four million viewers. The videos can be watched on the pages of the Rinat Akhmetov Foundation on Facebook and YouTube. Ask the Doctor initiative is being implemented within the framework of the project Fighting COVID-19 in Ukraine. It is the largest, most systematic and widest scale private initiative aimed at helping public healthcare facilities in the fight against the coronavirus. Within the framework of the project, the Foundation donated more than 200,000 units of personal protective equipment and consumables, 337,000 rapid COVID-19 tests and more than 200 ultra-modern lung ventilators.