The Bucha Massacre: the Stories of Those Who Survived

Today Bucha is a name that the whole world knows. This is a city that has become a symbol of Ukraine’s tragedy because of the cruelest atrocities committed by Russians on Ukrainian soil. From the first days of the full-scale war Bucha was one of the hottest spots, since it is situated on the way to Kyiv – the capital of Ukraine.

Russian troops entered the city on February 27, and on that day they started to kill. The Bucha Massacre is a terrible mass slaughter committed by the Russian occupiers against the residents of Bucha. It was one of the first major evidences of the enemy’s cruelty in Ukraine. The mass killing of the civilians, accompanied by kidnappings, torture, rape (including children), and looting shook the world. People everywhere were shocked: how can a human being do this to others?

Bucha was occupied by the Russians for 33 days, and on March 31, 2022, the Ukrainian Armed Forces regained control over the city. Hundreds of civilians died in Bucha, dozens of them were children. For its indomitability and continuous resistance, on March 24, 2022, by the Decree of the President of Ukraine, the city of Bucha was awarded the honorary title Hero City of Ukraine.

Russian authorities have denied any wrongdoing, calling evidence of the killings a provocation or staged. These statements were repeatedly denied by the international media.

Residents of Bucha, who managed to survive the occupation, shared their pain by entrusting their stories to the Museum of Civilian Voices of the Rinat Akhmetov Foundation.

The Museum of Civilian Voices is the world’s largest archive of accounts from civilians who suffered from Russia’s war against Ukraine. The mission of the Museum is to collect, file, categorize and share the stories of Ukraine’s civilians for a better understanding of life during the war for the purpose of creating a better future. The archive of the Museum of Civilian Voices already contains more than 25,000 first-hand and unique testaments. Here are three stories of people from Bucha. 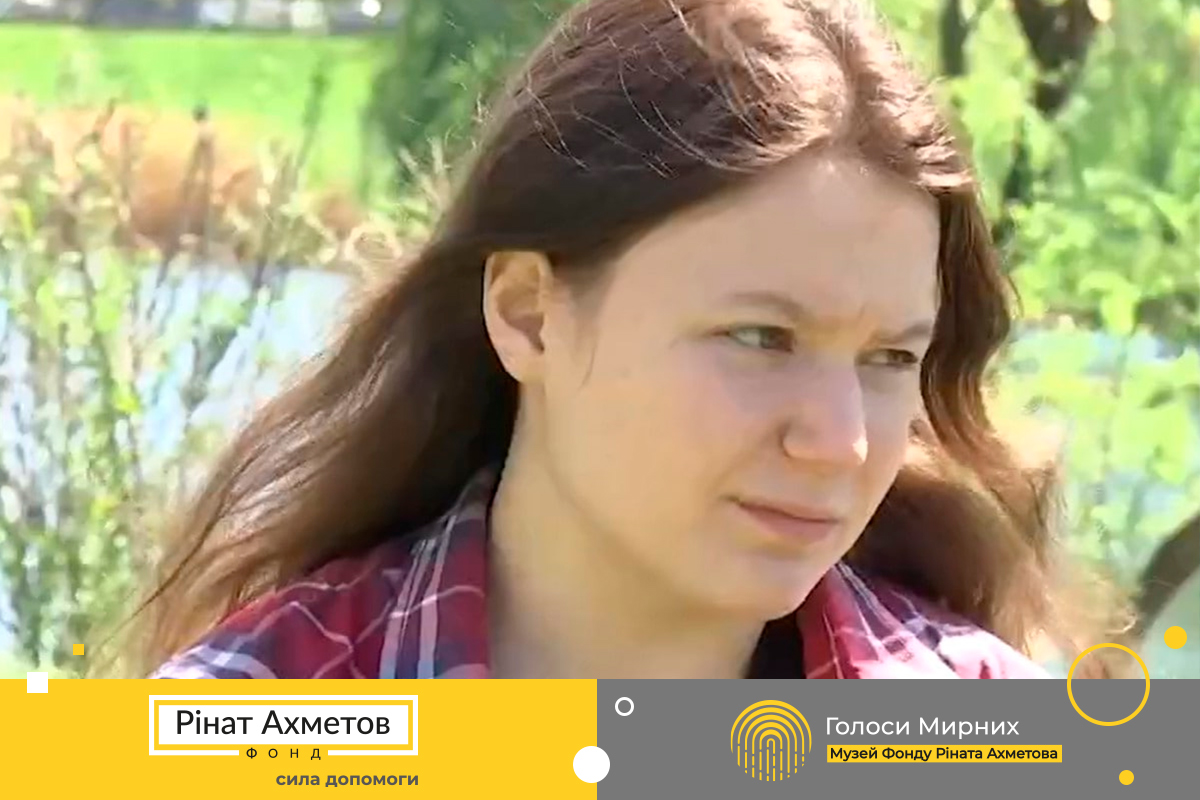 Before the eyes of the 20-years-old Tatyana Sichkar, a Russian sniper killed her mother and the occupiers kidnapped her father from the scene of the shooting. They took him with a bag over his head. That day they were just coming back home from her grandmother’s: a housewive, a programmer and their student daughter… “For some reason, the sniper decided to shoot particularly at my mother. The bullet hit right in her forehead…” You can find the Tatiana’s story here. 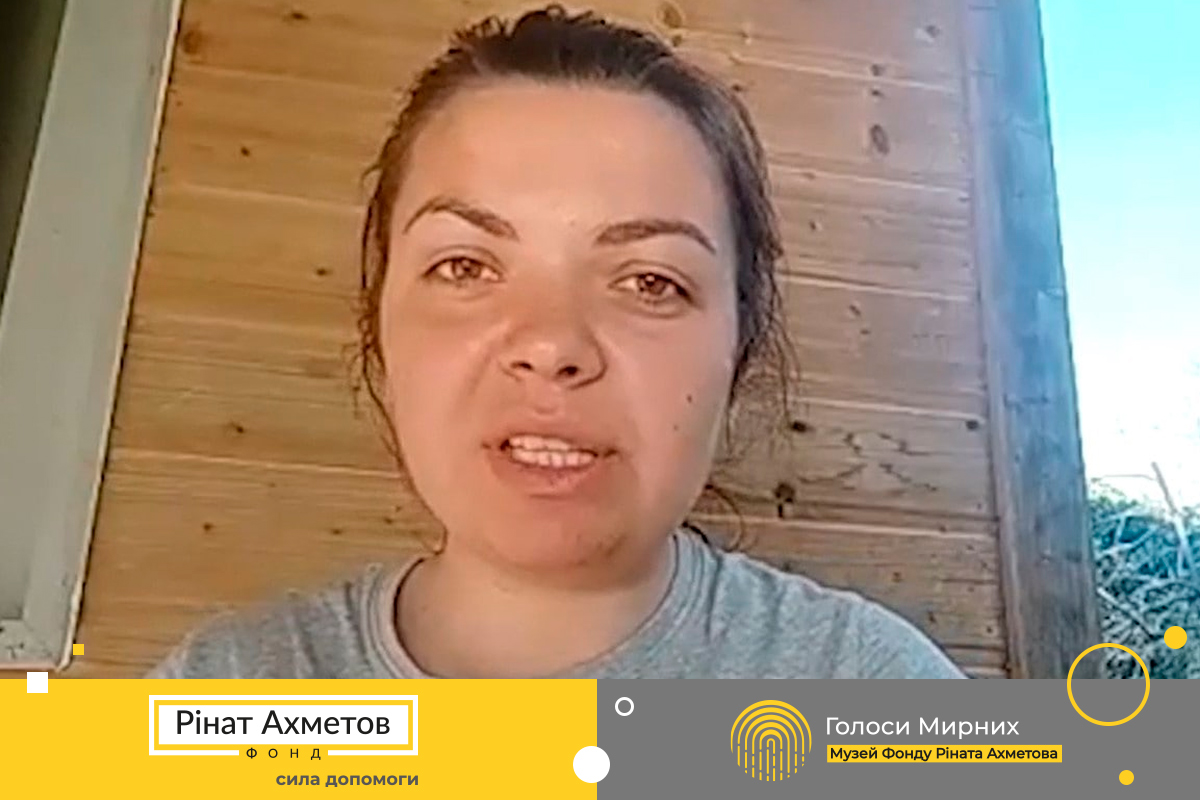 Iryna, mother of two daughters and a happy wife, was riding a bicycle home from work. She was shot dead near Bucha. A photo from the scene of the tragedy, which shows her hand with a red manicure, went viral around the world. “Her last words were: “Mum loves you”, – says Iryna’s daughter, who first saw her mother’s body on the video. The family was able to bury Iryna in 38 days after her death. Her story is here. 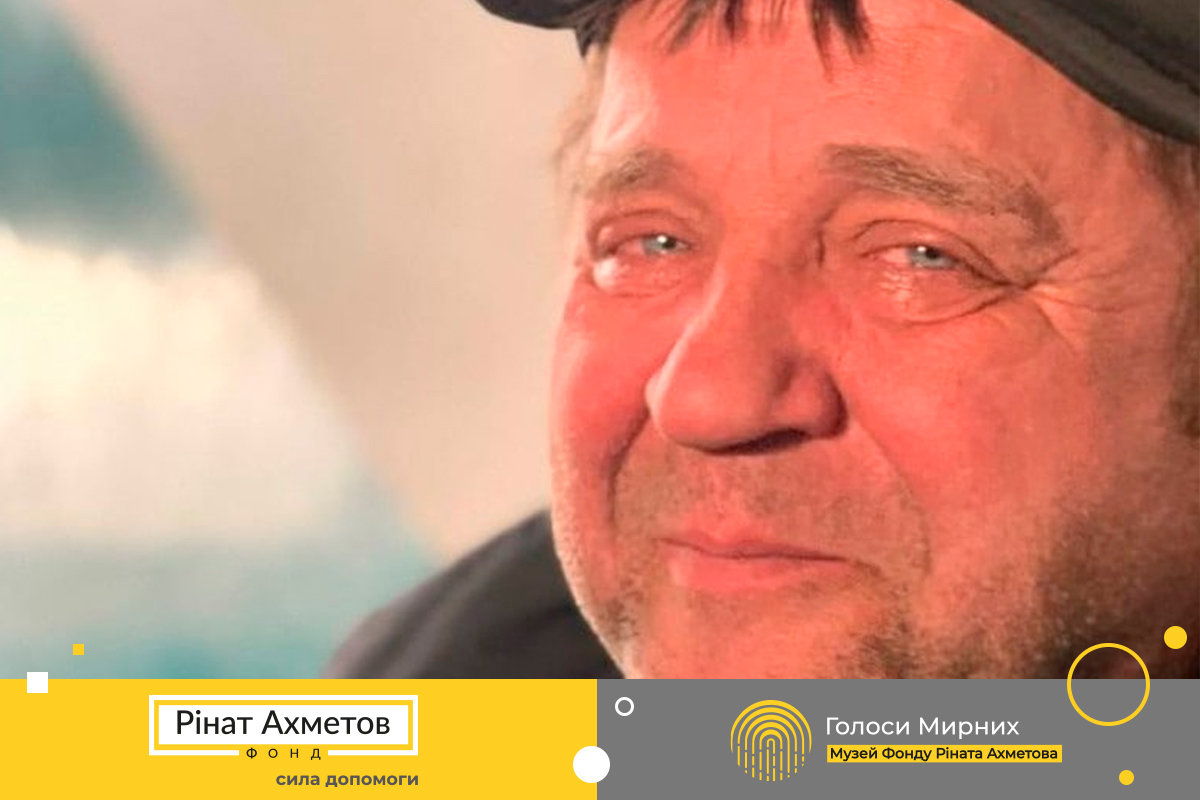 Mykola from Bucha has been living in the basement for 34 days. The Russians shot one of his friends only because he was younger than 50, so he could have been a soldier. Leonid was the first whom Mykola buried. In a few days, his friend Serhiy died too. The man went outside to have a smoke and was killed. Without a reason. Mykola was given 20 minutes to piece together the body of his friend and bury him. You can find his story here.

The Museum of Civilian Voices of the Rinat Akhmetov Foundation aims to сreate a reliable source of information about the life of civilians during the war told in a first-person perspective with the objective of providing a unique psychotherapeutic project that will contribute to the psychological well-being and mental health of Ukrainians traumatized by the war, through the sharing of their stories.

The Rinat Akhmetov Foundation is Ukraine’s biggest private charity. From the first days of the war in 2014, the humanitarian aid provided by the Foundation helped to save 3.5 million people from Donbass. Thousands of those people shared their stories with the Foundation, so they were put together as a unique online museum.

Since the beginning of Russia’s full-scale invasion of Ukraine in 2022, the Museum has become an archive of the tragedies of the whole Ukrainian nation. The Rinat Akhmetov Foundation’s staff members and volunteers continue to communicate with people and record their stories.

To share a story, everyone can visit the Museum’s portal and click on the “Tell a story” button in the top right corner of the main page. There are options: to share a story online now, to send a telephone number, to share the story directly, or to send it via email. Another option is to call the toll-free hotline 0 (800) 509 001 in Ukraine.