For two years now, ambulances donated by the Rinat Akhmetov Foundation to public hospitals have been helping in saving lives of severely ill patients. Within the framework of the project 200 Ambulances for Ukraine, the first vehicles were delivered to doctors in late June 2019. To be able to provide medical aid to patients of different age groups, doctors received 114 reanimobiles, 64 off-road/cross-country vehicles, and 22 neonatal ambulances. 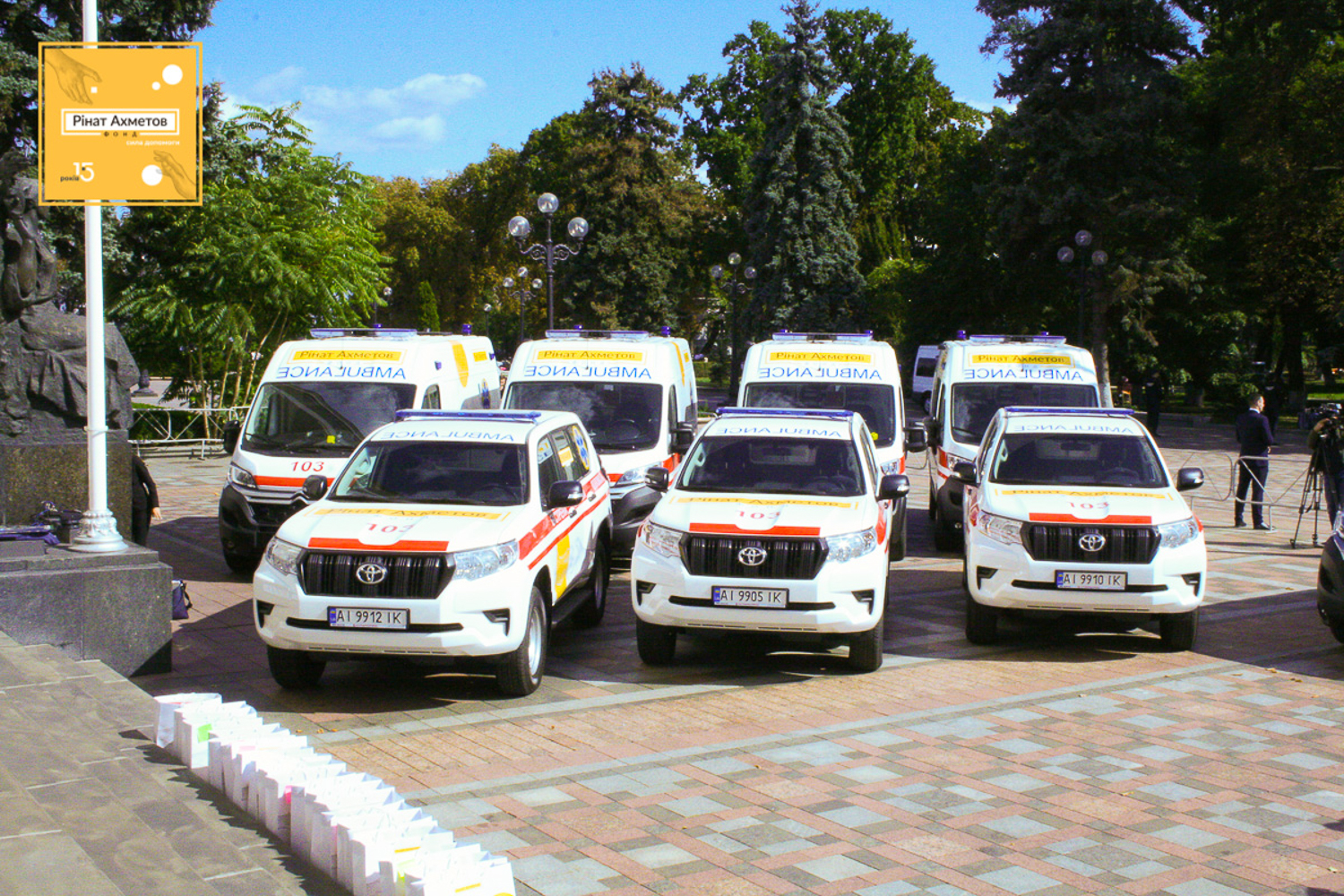 These are top-of-the-line vehicles carrying on-board medical equipment that is in no way inferior to that stationary one available in private clinics. These days, many of them are involved in fighting the coronavirus pandemic. The doctors themselves were the first to assess the advantages of the vehicles they received from the Foundation.

Spouses Oksana and Mykola work as ambulance attendants (EMTs) in Zhytomyr region on-board an ambulance from the Foundation. According to them, they most often go to calls from people with cardiac diseases, injuries, and during the pandemic – in cases of severe COVID-19 conditions. Medical aid provided in a timely manner is saving the lives of patients.

‘Firstly, this is about a quick response time – we get to a place of the call twice as fast. Secondly, the vehicle has all the necessary equipment and devices enabling us to provide emergency care. We are very grateful to the Rinat Akhmetov Foundation for the equipment they provided to us,’ says Oksana.

Many doctors saw vehicles of this level for the first time in decades of their career. Thanks to them, many inhabitants of remote villages, for the first time ever, have got the opportunity to get medical aid of a European level. Neonatal ambulances from the Rinat Akhmetov Foundation save the lives of new-borns and premature babies when the fate of a baby is decided in a matter of seconds. These vehicles carry on-board sort of “capsules of life” – an isolette or a humidicrib for babies. Off-road or cross-country vehicles make it possible for doctors to work in the most remote and hardly accessible populated areas. B-class ambulances, called “resuscitation on wheels” by doctors, are fitted out with emergency aid equipment ranging from a ventilator to a defibrillator.

‘For the first time in all the years of the country’s independence, one philanthropist has donated such a number of ultra-modern ambulances to doctors. Project 200 Ambulances for Ukraine is an initiative implemented on the personal decision of Rinat Akhmetov and has been fully financed from his funds. The project changed the quality of rendering emergency medical aid and primary health care, and doctors in all the regions of the country received the opportunity to help people faster and more efficiently,’ said Yuliia Yershova, Chief Communications Officer of the Rinat Akhmetov Foundation.

The project 200 Ambulances for Ukraine is being implemented as part of the program Rinat Akhmetov – Saving Lives, thanks to which 1 million people have been saved.