Week of Civilians: a Unique Art Installation Appeared in Mariupol

The Week of Civilians continues. The Museum of Civilian Voices of the Rinat Akhmetov Foundation is getting more and more stories every day. In particular, the stories of children who take part in the creative essay competition Civilian Voices. One Day. Accompanied by representatives of the Rinat Akhmetov Foundation, Oleh Panyuta, a well-known TV presenter from Ukraine TV channel and an ambassador of the Foundation, came to an open lesson about the essay competition for pupils of Gryshynskyi general secondary education school in Pokrovskyi district of Donetsk region.

For the fourth year in a row now, in September, the Rinat Akhmetov Foundation is holding the Week of Civilians, which is part of the activities of the Museum of Civilian Voices. The project One Day is another of the Museum’s initiatives. Its purpose is to preserve accounts of eyewitnesses about the day when the war in Donbass began for them.

‘The project is intended to show that the beginning of the war is not just one day, but rather tens and hundreds of different days associated with certain local events and events countrywide, which changed the lives of people forever. For every Ukrainian citizen, this day is different. It is associated with memories, tragedies, losses and the understanding that it will never be the way it was before,’ says Oleh Panyuta, an ambassador of the Foundation. 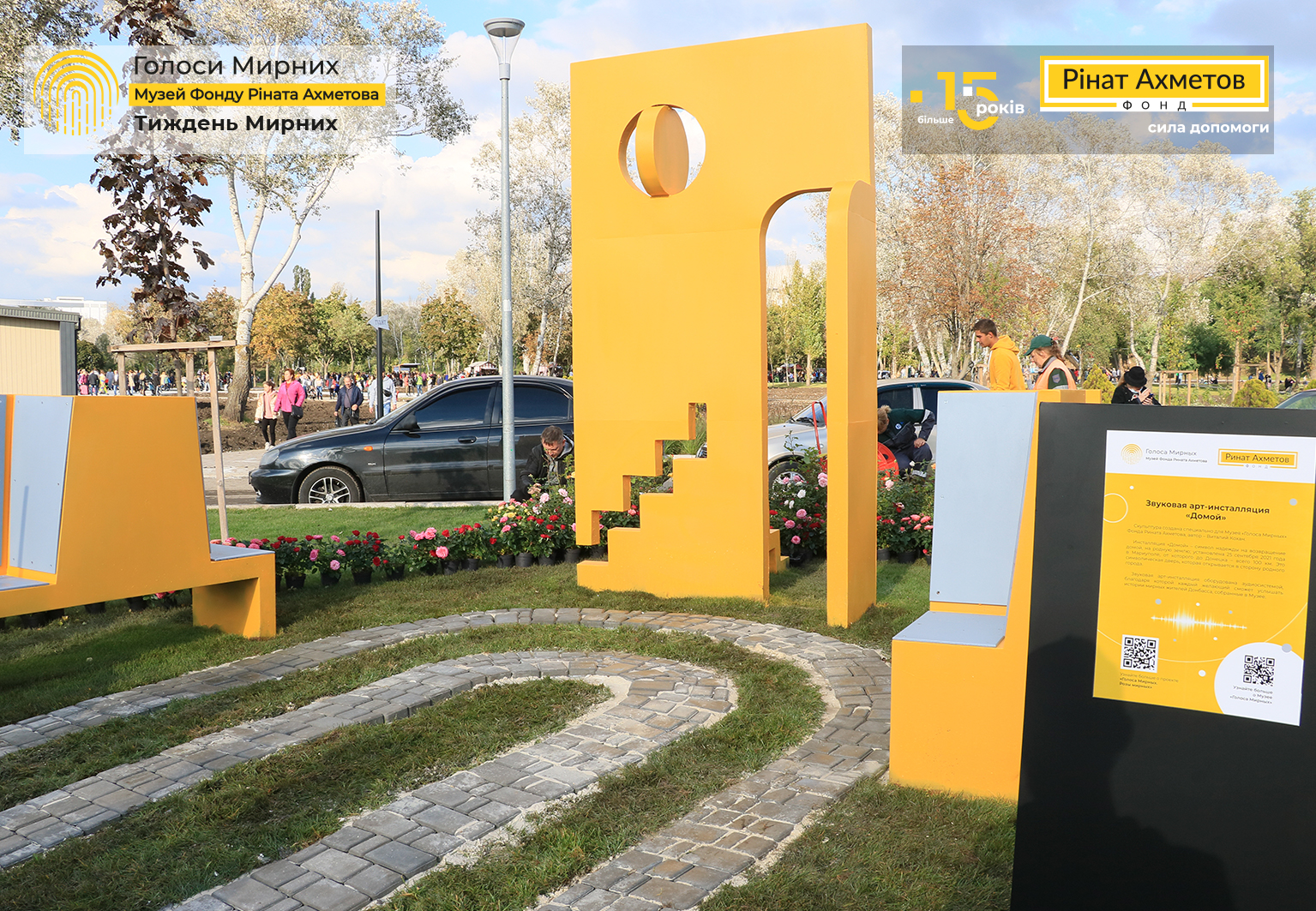 The creative essay competition aims to highlight the importance and significance of peace as the main value of society and has been timed to coincide with the International Day of Peace, which is celebrated annually on 21 September. The competition is held within the framework of the Memorandum of Cooperation between the Rinat Akhmetov Foundation and the Institute of Education Content Modernization of the Ministry of Education and Science of Ukraine.

‘In 2021, the essay competition is held for the first time among schoolchildren of Donetsk, Luhansk, Zaporizhzhya and Kharkiv regions. Any pupil from ninth to 11th form of school can write an essay. Authors of the best works will receive wonderful gifts from the Rinat Akhmetov Foundation: laptops, mobile phones and video blogger kits. In addition, valuable prizes are provided for those teachers who will best inspire pupils to write their essays. Hurry up, the works must be submitted no later than 30 September 2021,’ explains Oksana Ishchuk, project manager of the Rinat Akhmetov Foundation. 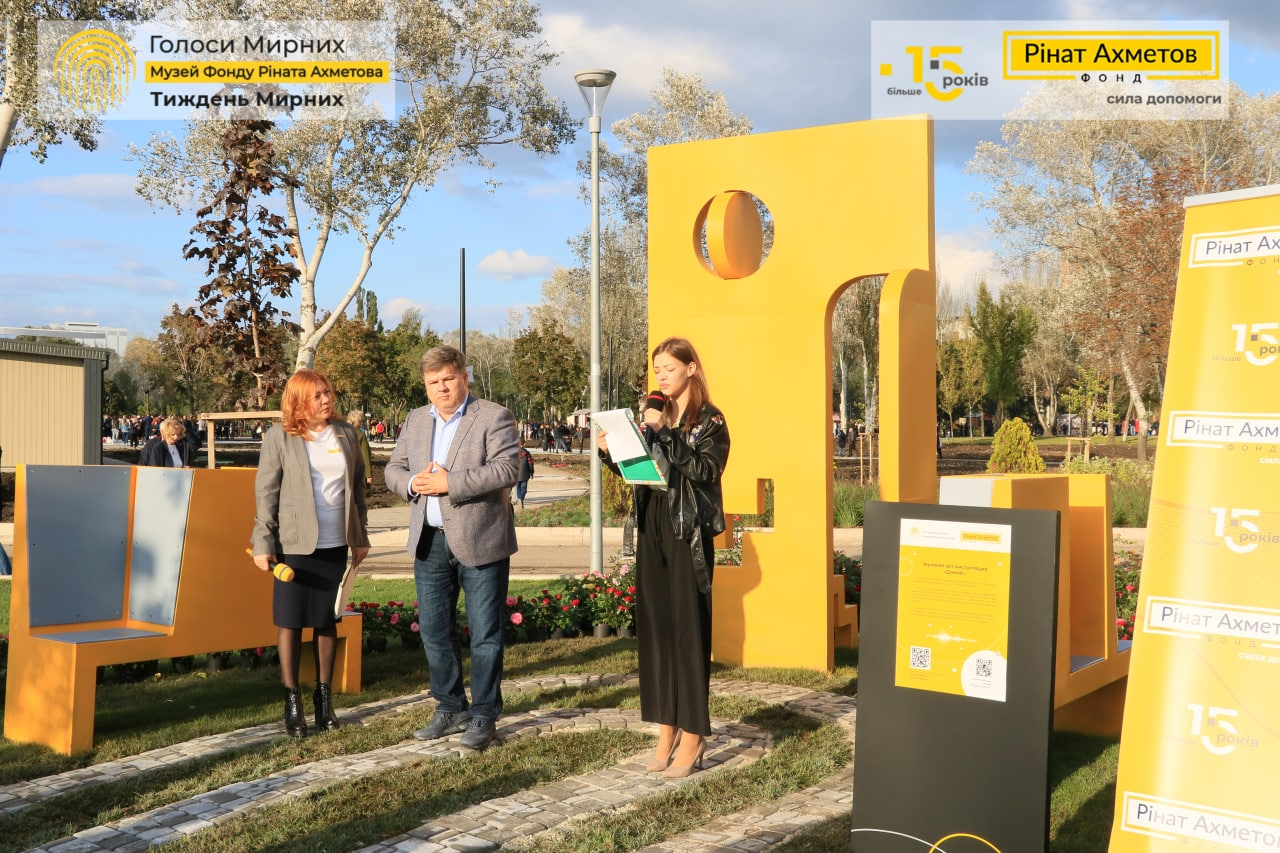 Participants can learn the conditions and details of the competition at the link: https://civilvoicesmuseum.org/en/news/fond-rinata-ahmetova-zaproshuye-uchniv-do-konkursu-ese-odin-den

You can also join the Viber-community of the Rinat Akhmetov Foundation’s creative competition One Day and ask any questions regarding participation in the competition. We will be happy to answer them.

The Museum of Civilian Voices of the Rinat Akhmetov Foundation is a space where civilians from Donbass can share their life stories without fear or reproach. Share them in order to free themselves from the burden of silence and enable people all over the world to understand with their minds and feel in their hearts all the pain of civilians who suffered from the hostilities. The Foundation seeks to collect a million stories of eyewitnesses. The goal for the coming years is 100,000 accounts of Civilians, of which 2,000 stories have already been collected.