The 3rd of March is the International Ear Care Day established by the World Health Organization (WHO). Deafness and hearing impairment affect about 360 million people worldwide. The Rinat Akhmetov Foundation has been helping Ukrainian children with hearing impairment for 13 years, and the project Rinat Akhmetov for Children. I Can Hear Now has been active since 2018. As part of the Foundation's project, 199 children received hearing aids (earphones) that are adjustable to suit individual needs of every child.

Triplets David, Danylo and Denys Shmun were born prematurely when their mother Iryna was eight months pregnant. The new-borns were difficult to distinguish. They even had the same weight – 1.3 kilograms each. Yet, despite the fact that at first glance all the three infants looked healthy, one of the babies fell ill with pneumonia in the first months, and then began to suffer from problems with his oesophagus.

Iryna Shmun says that little Denys underwent nine operations, and then it turned out that he also had a hearing problem. 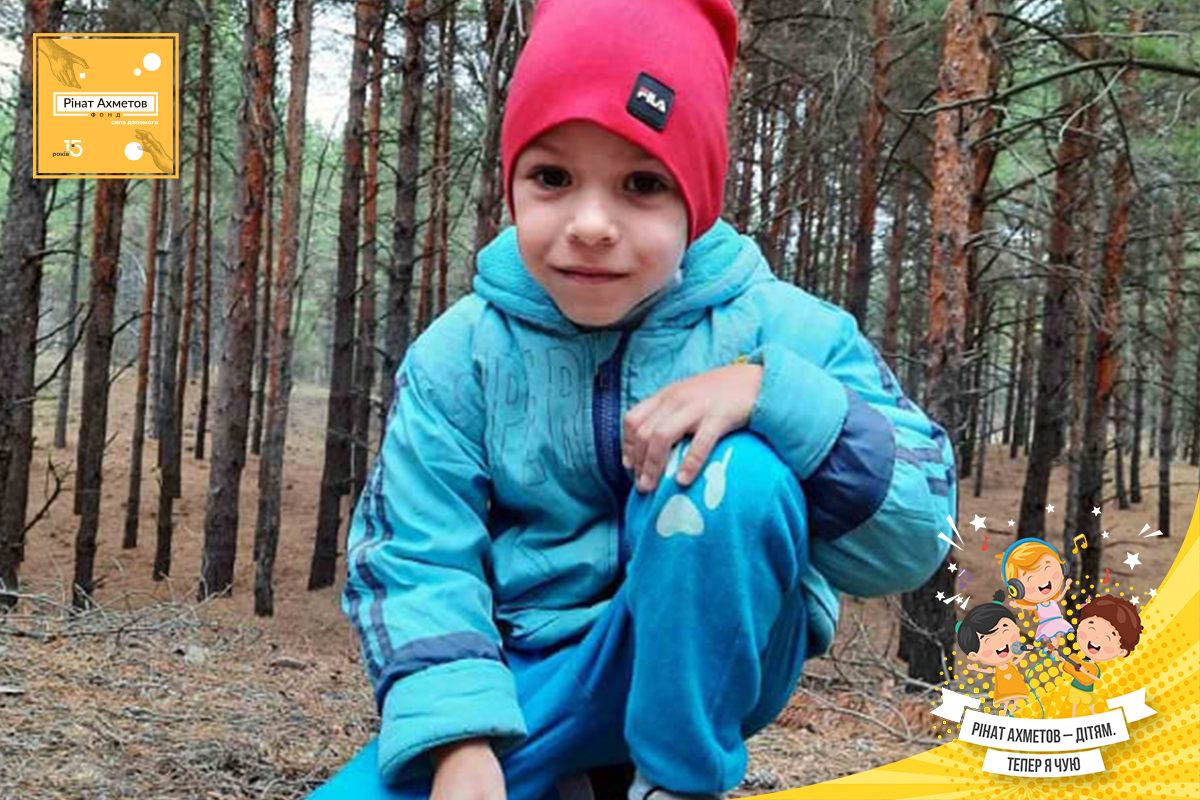 ‘Before the hearing problem was identified, he had been diagnosed with a disability, so everything was attributed to the fact that there had been multiple courses of anaesthesia. We thought it would pass with time,’ Iryna recalls.

Subsequently, the doctors established that Denys had a congenital defect. The boy did not learn to speak like his two brothers, and exercises for the development of his speaking ability did not help.

‘We visited speech therapists and an inclusive development centre, but nothing worked with the speaking ability. It just could not be corrected and that's it.’ 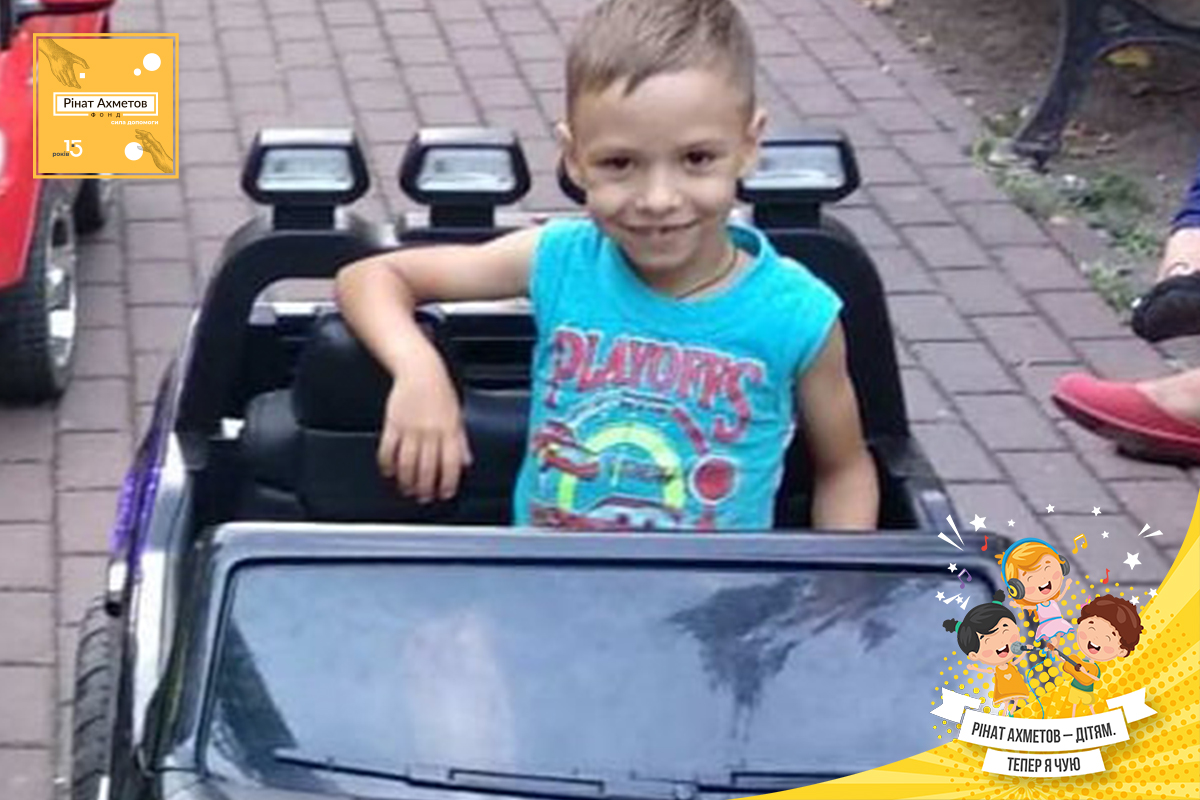 Doctors diagnosed Denys with the third degree of hearing loss. The boy is not able to hear some of the sounds, such as rustling leaves or whispering, for example. Iryna Shmun turned to the Rinat Akhmetov Foundation and the boy received a modern hearing aid (earphone) that is adjustable to his individual features. Thanks to this, little Denys can hear again.

‘The outlook is good. He indeed will be able to go to a regular school together with his brothers, and not to a specialized school. He will be able to hear and learn as anyone else. It is good that the Rinat Akhmetov Foundation helps such children whose parents would not be able to buy a device of this class,’ says doctor Ilona Chernova.

Denys's brothers are very glad for him. They say that they can now watch cartoons together. And the boy’s parents tend to go outside more often together with their son for him to be able to feel voices of nature while walking in a park. 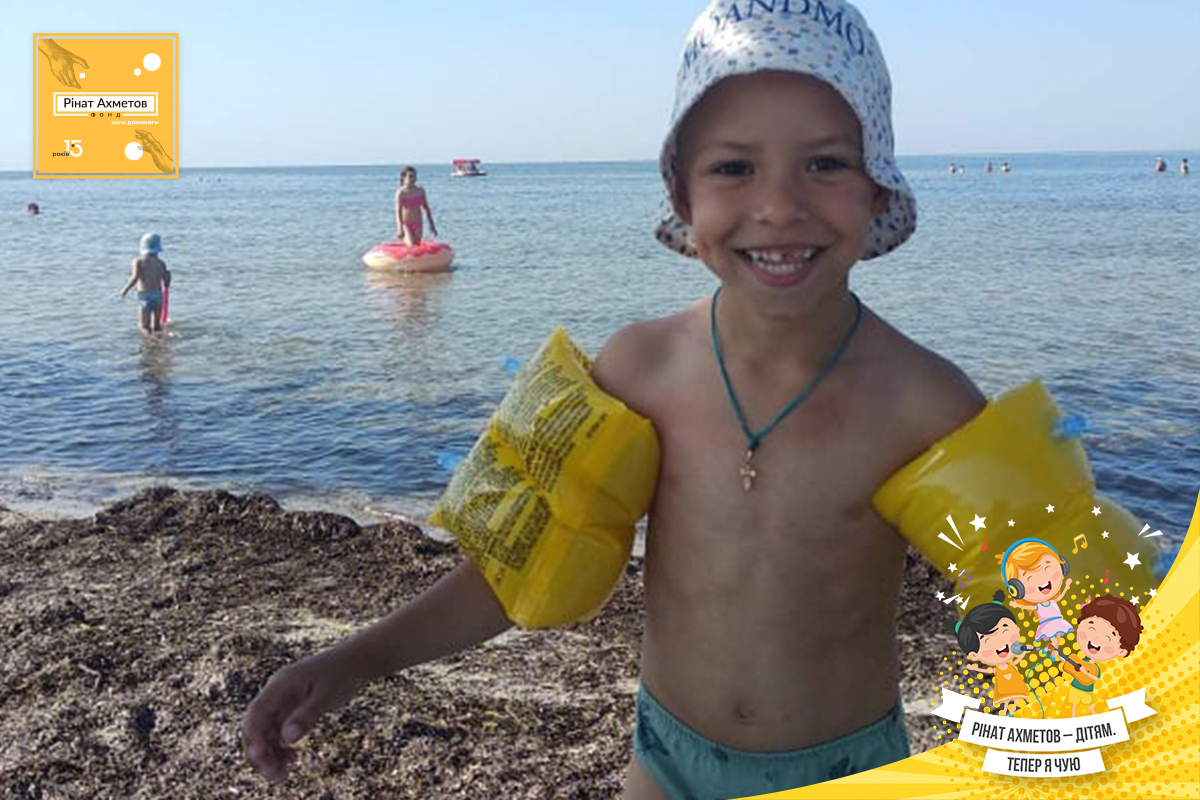 ‘Rinat Akhmetov’s help is very important for us. From now on we will be able to get ready for school properly. The child will be able to hear everything. For now, I want him to feel that everything around sounds nice: the voices of birds, the noise of the fountain. The fact that he is able to hear all this is wonderful,’ says the triplets’ mother, Iryna Shmun.

The Rinat Akhmetov Foundation has been helping children diagnosed with hearing impairment for over 13 years, and in 2018, the project Rinat Akhmetov for Children. I Can Hear Now began to render its targeted assistance.