The Rinat Akhmetov Foundation: 15 years of work for people and Ukraine

On 15 July, the Rinat Akhmetov Foundation marks the15th anniversary. Since the very first days of its operation, the Foundation has implemented and continues to implement projects on national level. They are primarily aimed at helping and saving people's lives, as well as dealing with social problems. So far, the Foundation's assets include projects and programs aimed at humanitarian assistance, medicine, culture and social development, overcoming orphanhood and promoting family education.

The work of one of the largest programs, initiated by the Foundation – the Humanitarian Center – has already become history. And the assistance experience with regards to an armed conflict still has no analogues in Ukraine – the lives of over a million people in the east of the country have been saved. A humanitarian disaster in Donbass has been averted. This is all owing to one person, his desire to give the good and support others.

"A million lives saved is not just a figure but a human fate. It is a fight for every person every day, every hour, every minute. It is sincere affection that the volunteers gave to those who lost their hope. It is surviving children, women, and elderly people. And this is the greatest asset!" This is what Rinat Akhmetov says about what the Foundation does.

All projects and programs of the Foundation are unique in their own way. Bring to your notice the most large-scale activities that can successfully and radically change life in the country.

The national-scale project was launched almost from the very first days of the coronavirus epidemic. In order to counter the threat to maximum effect and improve the level of medicine, Rinat Akhmetov was the first to come to the country's rescue in February. He combined the resources of the Charitable Foundation, FC Shakhtar and SCM businesses and financed 300 million UAH to combat the infection. They are aimed at solving the most important medical needs of the country, including the lack of ventilators. Therefore, the Foundation has purchased and is now transferring 200 modern ventilators to the main state hospitals. 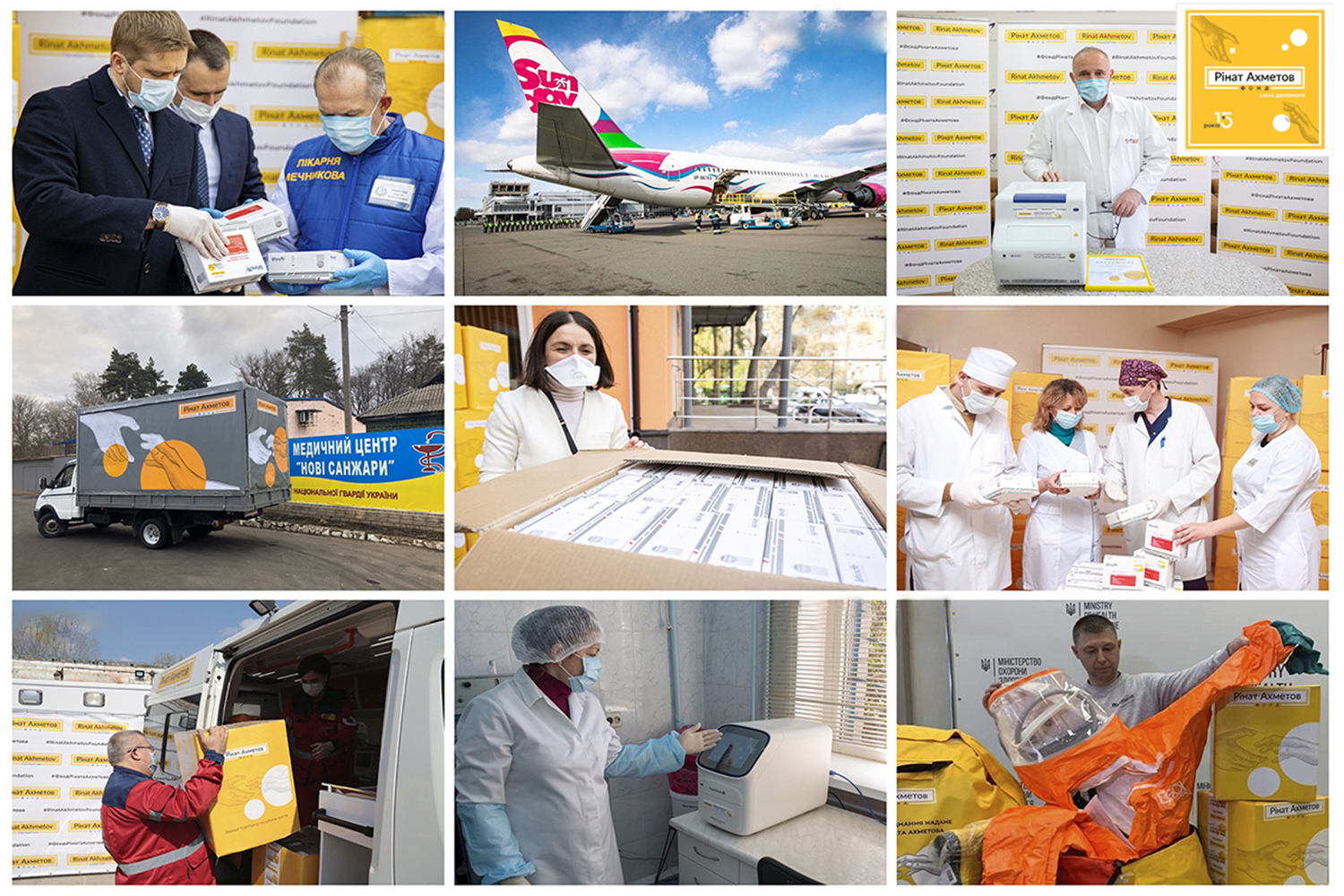 "Fighting COVID-19 in Ukraine became part of the program of the Foundation — Rinat Akhmetov – Saving Lives. The search for ventilators was conducted all over the world. Doctors admit that it is almost impossible to buy high-end ventilators since every country in the world requires them. It was a difficult task, but the Rinat Akhmetov Foundation managed it. 200 Ventilators is another large-scale project of the Foundation, aimed at increasing the level of emergency care in Ukraine. More than 100 devices have already been delivered to the country. This is the largest batch of medical equipment that has crossed the border since the quarantine began," Natalya Yemchenko, member of the Supervisory Board of the Foundation, says. 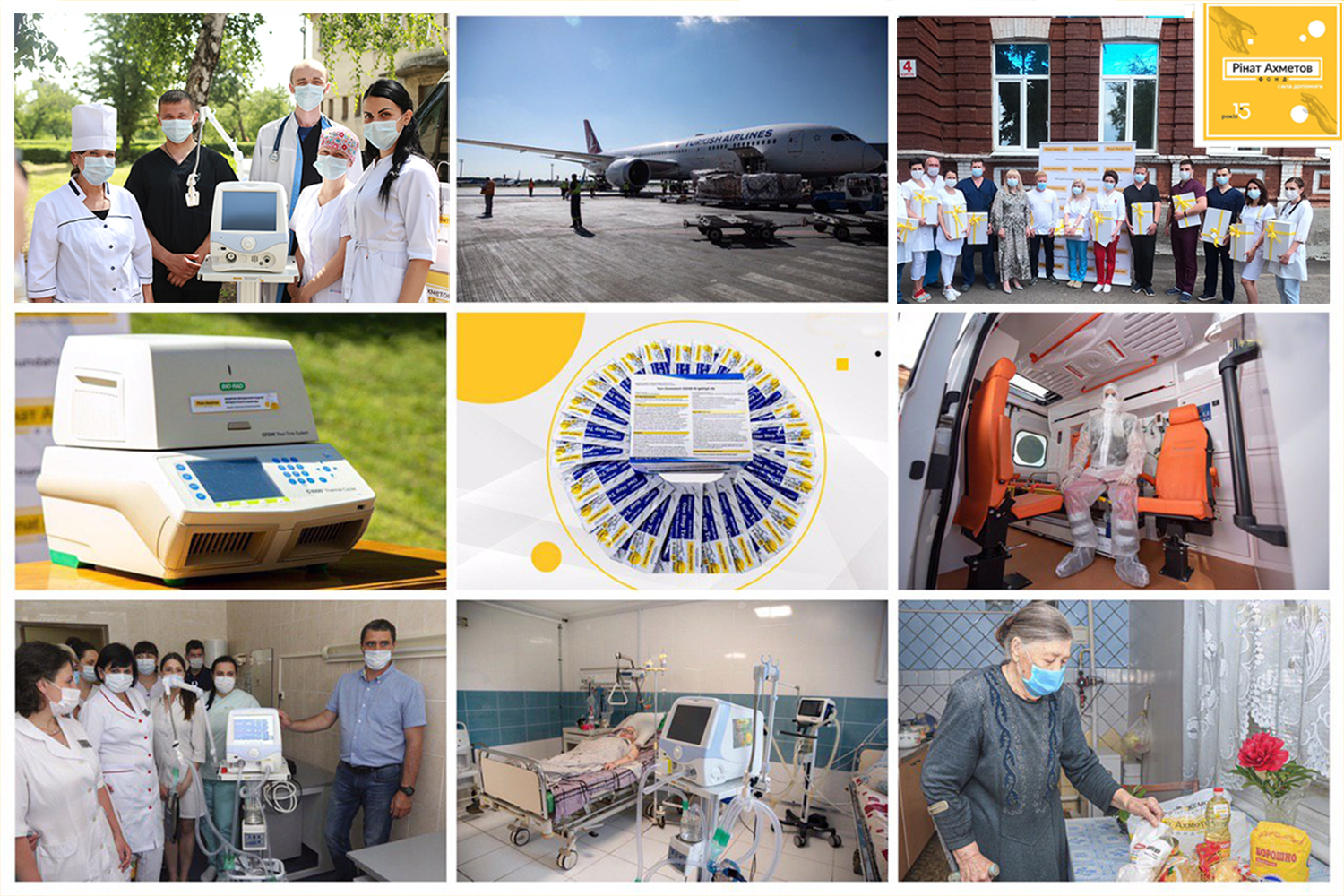 The Foundation's contribution to providing public hospitals with ventilators was highly appreciated by the President of the Association of Anesthesiologists of Ukraine, Sergii Dubrov.

"Having loosen the quarantine rules, we note an increase in the number of newly infected people by the coronavirus. According to optimistic scenarios, more than half of the country's population will catch the disease. We need to have a ventilator, installed next to each bed in the intensive care unit," Sergii Dubrov explained.

200 Ambulances for Ukraine has become another large-scale project to support Ukrainian healthcare within the framework of the program Rinat Akhmetov – Saving Lives. It ensured that all regional state medical institutions received 200 special vehicles with state-of-the-art equipment that can get over off-road conditions within the record time of six months. 114 intensive care units on wheels, 22 neonatal care vehicles, equipped with ventilators for newborns and 64 vehicles mounted on the Toyota Land Cruiser offroader were among the transferred vehicles. 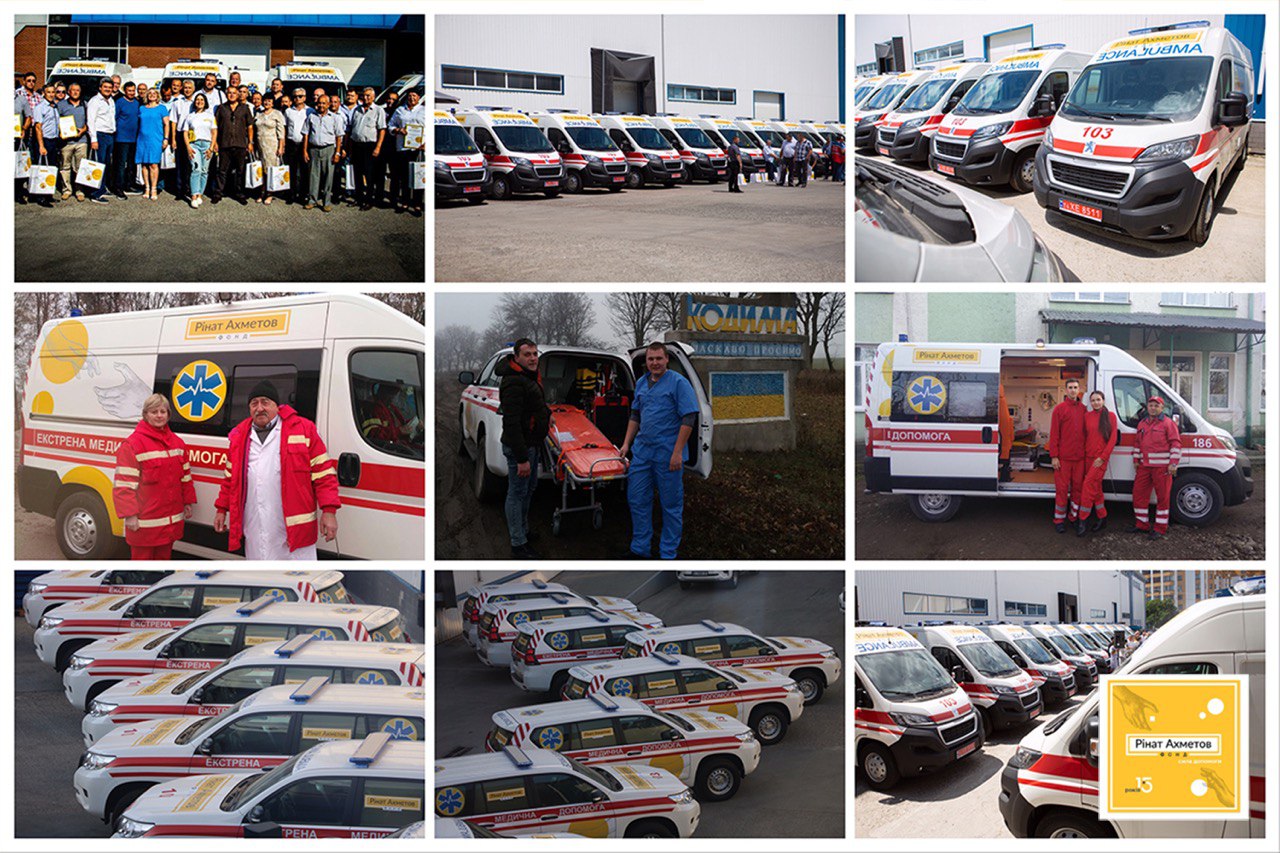 200 Ambulances for Ukraine has changed the quality of emergency and primary health care in the country. Now doctors in all areas are able to reach patients faster and provide help more effectively. Furthermore, these days, many of these ambulances are involved in the fight against the coronavirus epidemic.

Helping children has always been a priority for Rinat Akhmetov. Therefore, on his initiative, the Foundation has created more than 20 programs and projects aimed at supporting the youngest residents of Ukraine.

Within the framework of the project Rinat Akhmetov to Children. Healthy Heart, children undergo corrective operations to close a cardiac failure, using a special occluder implant in the country's leading cardioclinics. 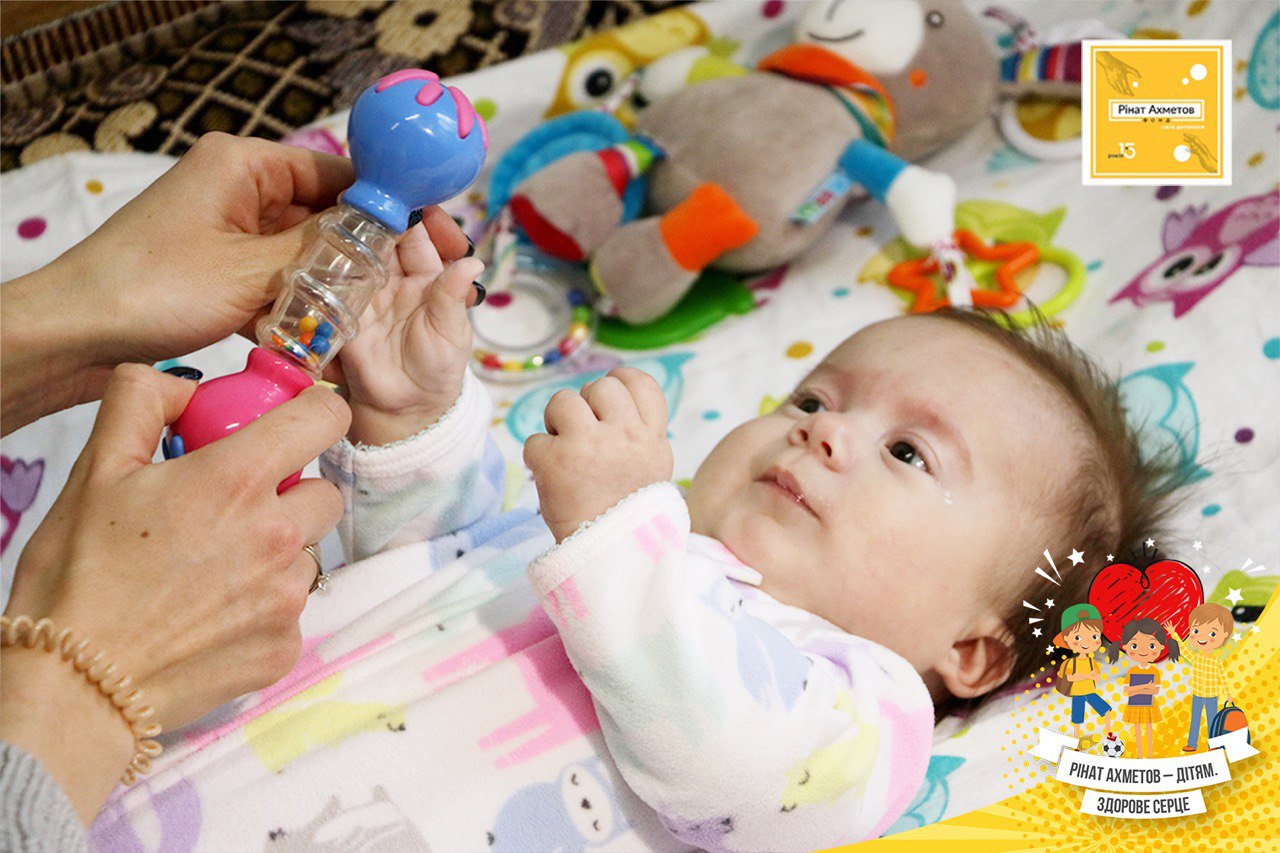 Rinat Akhmetov to Children. Now I Can Hear helps babies with hearing problems install highly sensitive hearing aids. Thanks to these devices, they can hear the sounds of the world around them for the first time, the voices of their parents, and learn and develop on a level with their peers. 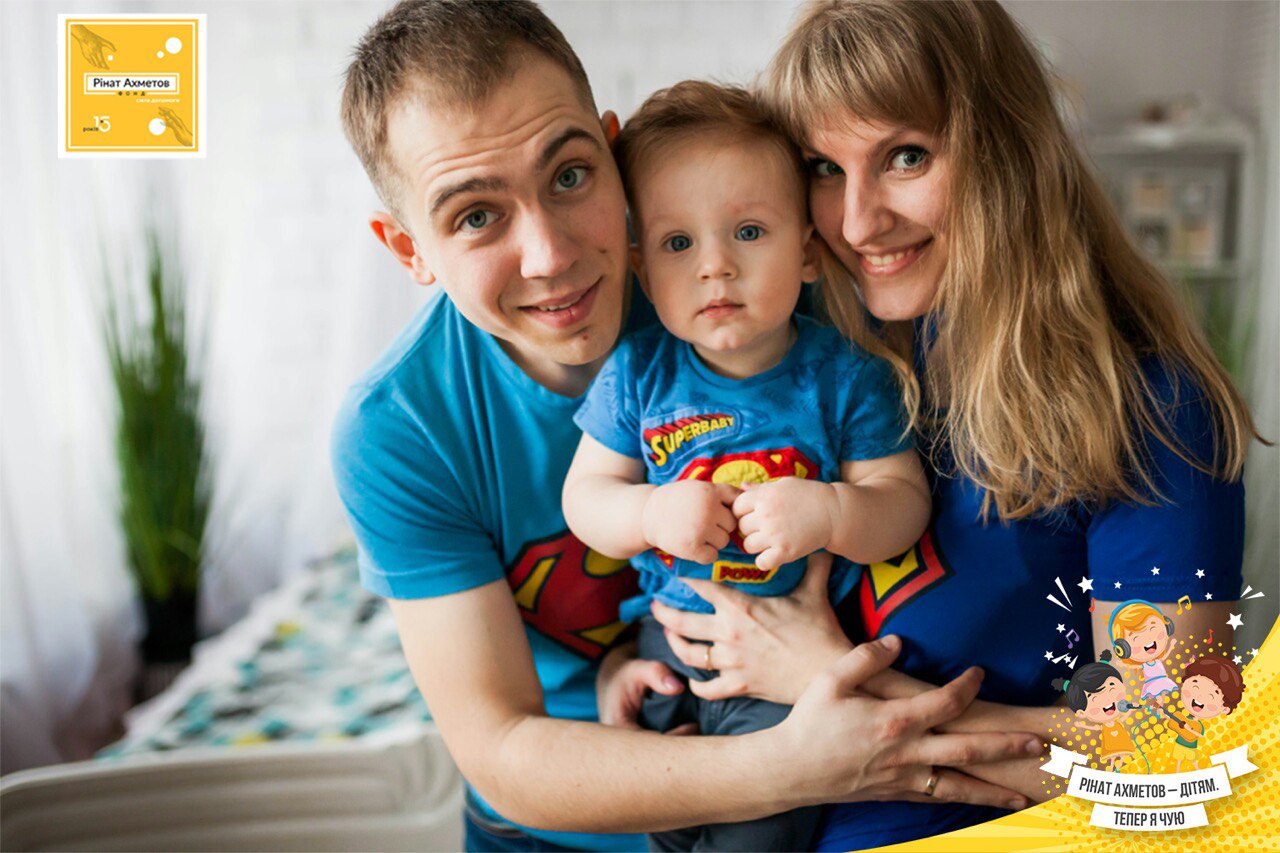 In 2015, it became clear that children living in close proximity to armed actions need psychological rehabilitation. The tremendous stress, shock, and horror they had endured could not but leave a trace in their souls. Psychologists, working at the Rinat Akhmetov Foundation, have sounded the alarm: if children are not freed from the bonds of rueful feelings, this will all turn into neuroses and psychosomatic diseases in the future. This is how the unique project Rinat Akhmetov to Children. Peaceful Summer emerged. Since 2015, boys and girls have been coming to health centers and sanatoriums of the country with their fears and injuries on the basis of a ticket from the Rinat Akhmetov Foundation, and they would return home after just two weeks, full of confidence in themselves and their future. These are the results of art therapy and training included in the program of a stay, as well as children's psychological rehabilitation. 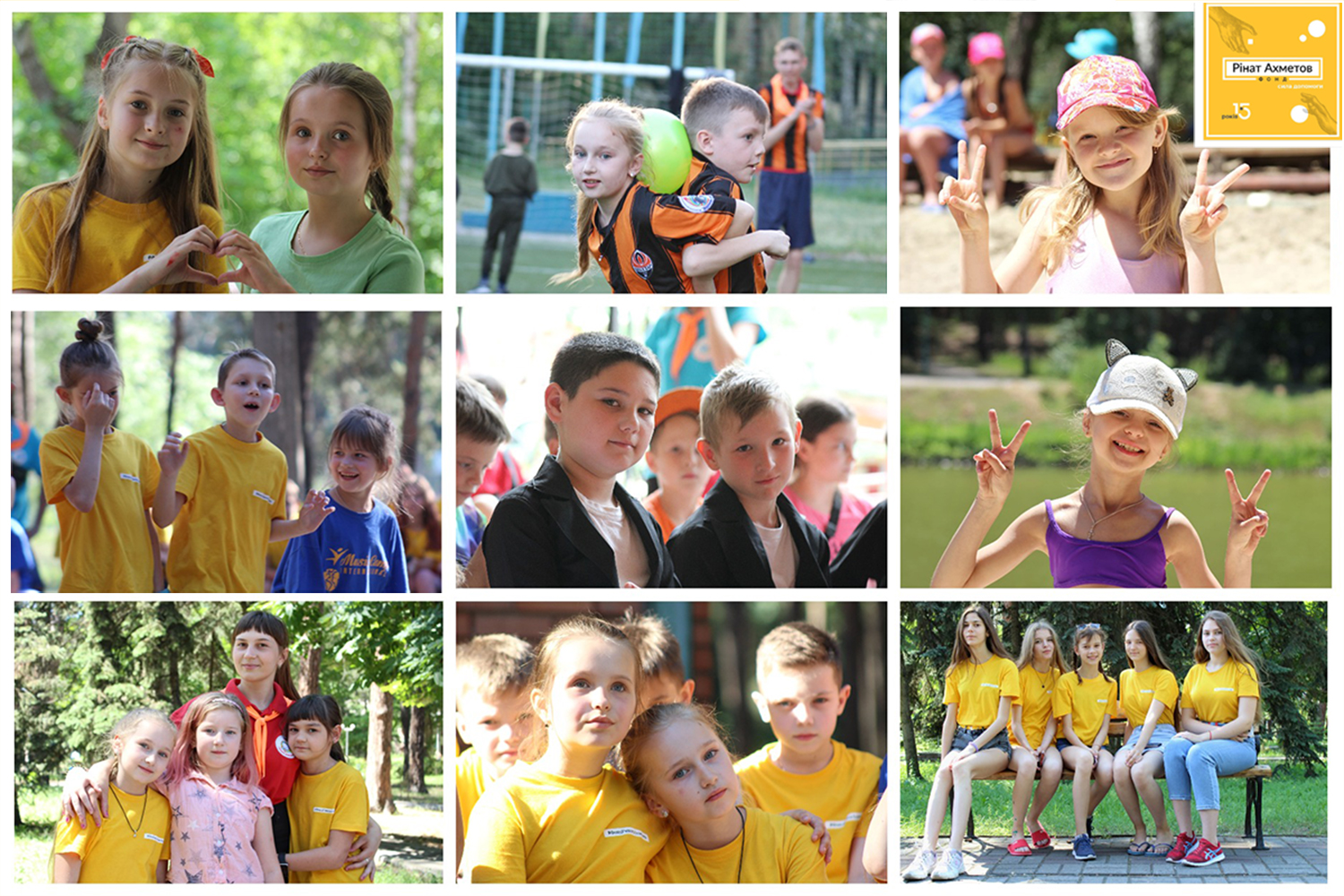 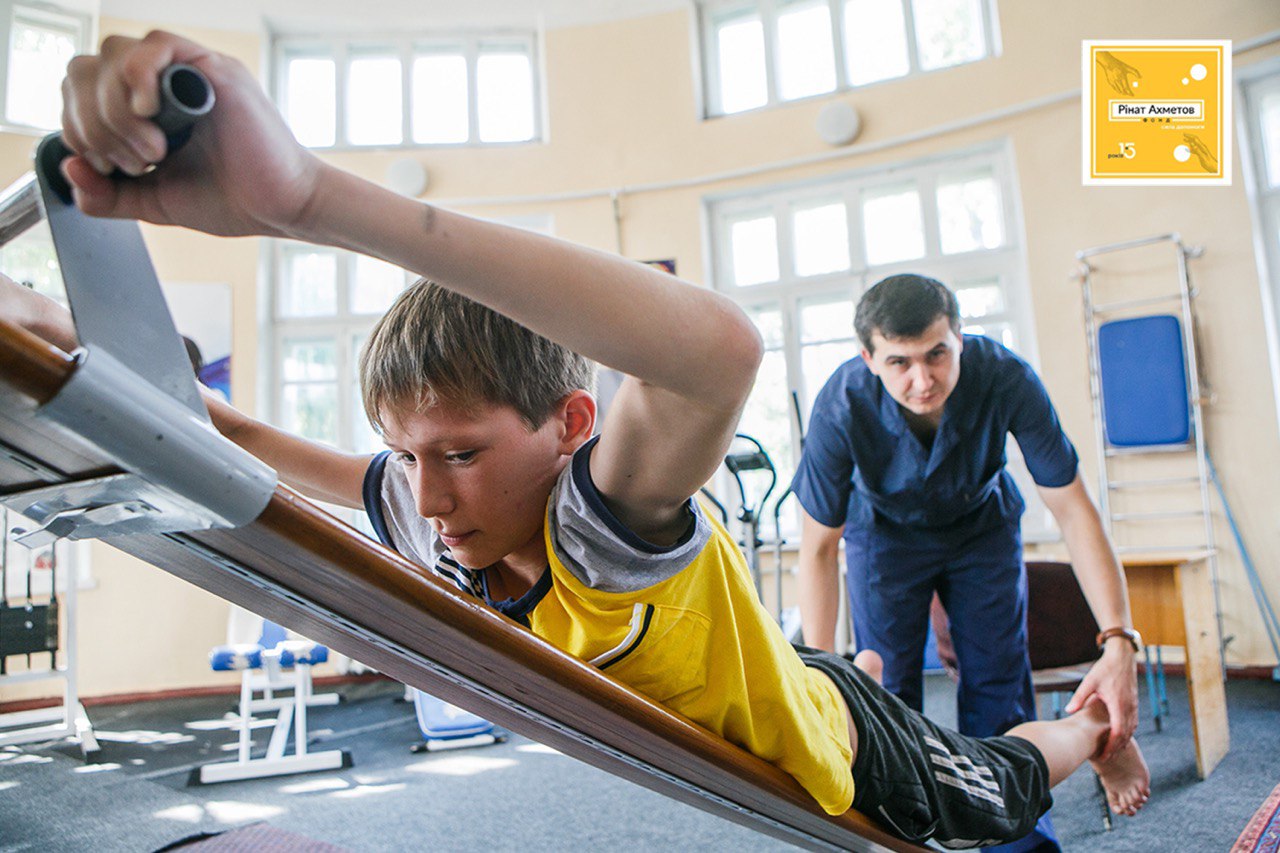 Say no to Orphanhood!

The Rinat Akhmetov Foundation also supports children from boarding schools who are deprived of parental care and warmth. Therefore, the program and portal Rinat Akhmetov to Children. Say No to Orphanhood!, the main task of which is to help children find happiness in the family, was created. The program and portal have become the leader of national adoption over the years, as well as have shown that foster parenting is not an easy but feasible step.

Coach and Psychologist Lyubov Loriashvili has been working with the Foundation for more than 10 years. However, the memories of the first encounter still do not fade in the memory: "At that time, the public did not even consider an adoption as a choice. On the contrary, it was taboo. They created a web-site that has photos in high quality, a region, something written about the child, and eventually a video… It was a revolution! At first, even I as a specialist, visited the web-site of the program, browsed and admired it. It was a huge difference between what I saw in the children's personal files. The Rinat Akhmetov Foundation lifted the taboo and brought out these children very respectfully and carefully so as not to harm them. It sounded very powerful"

Thanks to the portal and the program, almost 10,000 children were adopted or taken into care. If you shift this figure to days, it turns out that every day for 11 years at least two children deprived of parental warmth found and continue to find their families. In addition, the Foundation has popularized such a form of education as family-type children's homes. With its support, 41 FTCHs were created in Ukraine.

15 YEARS OF THE RINAT AKHMETOV FOUNDATION BY NUMBERS