Throughout the longstanding duration of its activity, the Rinat Akhmetov Foundation has paid particular attention to preserve historical heritage and development of Ukrainian culture. To do this, implementing the best international practices in domestic museums is crucial to become a driving force and an example of bringing positive changes into Museum Studies in Ukraine,   to enable museums not just to return to the public space, but to become interesting, modern and popular.

"The Rinat Akhmetov Foundation is the largest private charity initiative in Ukraine. Such achievement was achieved through the implementation of extensive and systematic projects in the most important sectors. Based on the accomplishments and international charitable experience, the Foundation changed the country's medicine for the better, introduced advanced world practices in the social sector, set trends in education and culture, and actively helped the state to overcome orphanhood, " Natalya Yemchenko,  member of the Supervisory Board of the Foundation, explained.

In order to arouse mass interest of Ukrainians in museums, the Rinat Akhmetov Foundation launched the project Dynamic Museum in 2012. Ivan Honchar Museum (National Centre of Folk Culture,  Kyiv) and and Lviv State Natural History Museum of the National Academy of Sciences of Ukraine received the grants.

The Return of the Mammoth and Rhinoceros

In June 2019, a significant event took place in the scientific and cultural life of Ukraine. Lviv Natural History Museum opened a unique exhibition, the main characters of which were a mammoth and a woolly rhinoceros. Their path to mainstream audience took a long hundred years, and the misadventures of prehistoric giants began with their discovery in the early twentieth century in the mine of the village of Starunia now Ivano-Frankivsk Oblast. 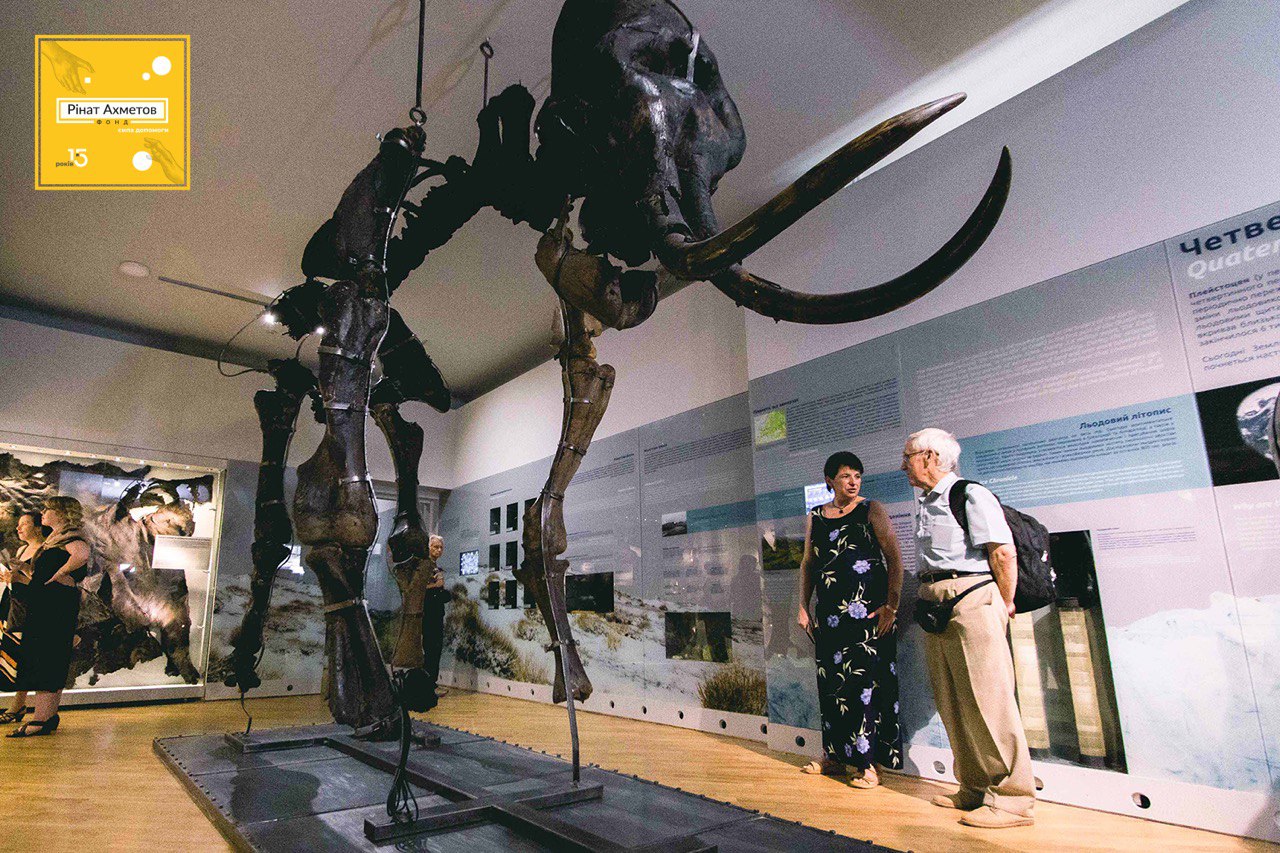 "The mammoth has been so well preserved that the workers who found the discovery cut its skin to make shoes. Therefore, when the scientists found out about the finding had to extract the pieces of its skin from the villagers through court action. The woolly rhinoceros is even better preserved. Furthermore, indeed, there are a lot of mammoth skeletons around the world. However, the remains of woolly rhinos found not in the perpetually frozen soil are represented in only two museums in the world, " the research associates at the Lviv Museum Natalya Dziubenko and Andriy Bokotiy said.

A few years ago, the mammoth and the rhinoceros met their unfortunate end. Due to lack of funding, the most valuable exhibits remained in storage for decades and could be lost forever. Everything changed in 2012, when the State Natural History Museum of the National Academy of Sciences of Ukraine received a grant from the Rinat Akhmetov Foundation. The project Dynamic Museum, initiated by the Foundation, made it possible for the staff of the Museum to develop a communication map of changes that could make the Museum interesting for a modern audience. The Foundation supported this program and fulfilled its obligations. In addition to restoring prehistoric animals, the Lviv Museum was equipped with modern multimedia technologies, and its employees were trained and trained in the best museums in the world. Furthermore, the building has a new elevator as a convenience for people with disabilities. Now the Museum will be able to compete with the entertainment industry and take hold of the cultural map of Ukraine. Even before the exhibition was officially opened, representatives of the world scientific community took  serious interest in it. Although the mammoth and rhinoceros have stayed underground for millennia, earth wax and other petroleum products have halted the decay processes. As a result, bones and teeth, as well as soft tissues of the animals, preserved. Moreover, timely restoration allowed to preserve the DNA structure undisturbed. And this is a completely new horizon for scientific research and discovery. 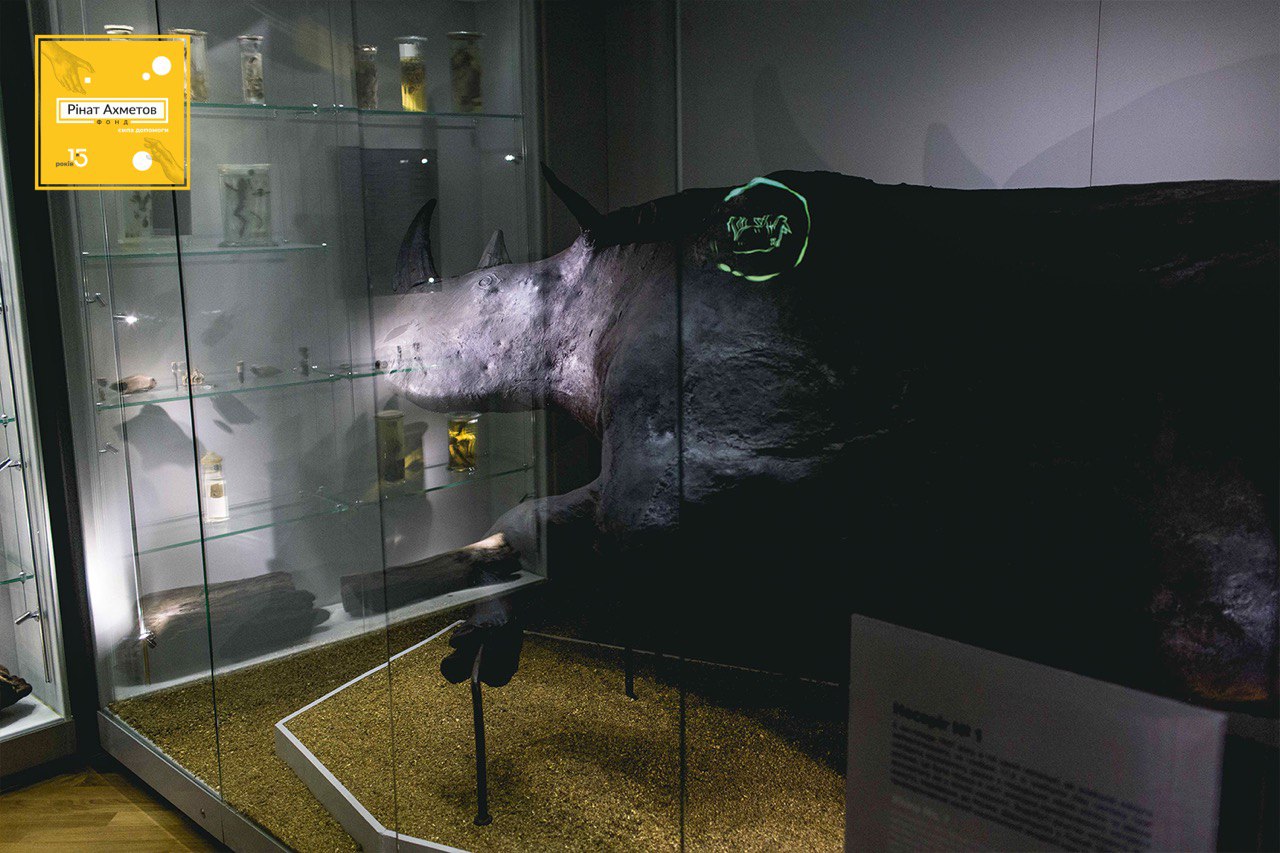 These words were confirmed by a round table that took place immediately after the press conference in the State Museum of Natural History of the National Academy of Sciences of Ukraine. Scientists from Ukraine, Switzerland and the United States gathered to exchange experience in preserving unique collections of the Museum and determine the best ways to keep them. The project Dynamic Museum showed tat Ukrainian museums are able to keep up with the times and catch the interest of even the most savvy visitor due to the implementation of the latest technologies and standards of scientific activity.

The project Dynamic Museum made it possible for Ivan Honchar Museum (National Centre of Folk Culture) to rebuild its exhibition halls. In addition, several experimental exhibition projects, a training platform, an educational web platform were created, and a comprehensive educational program was launched to improve the skills of Museum workers in Ukraine. This made it possible for more than 6000 Museum professionals to receive training and improve their professional level. 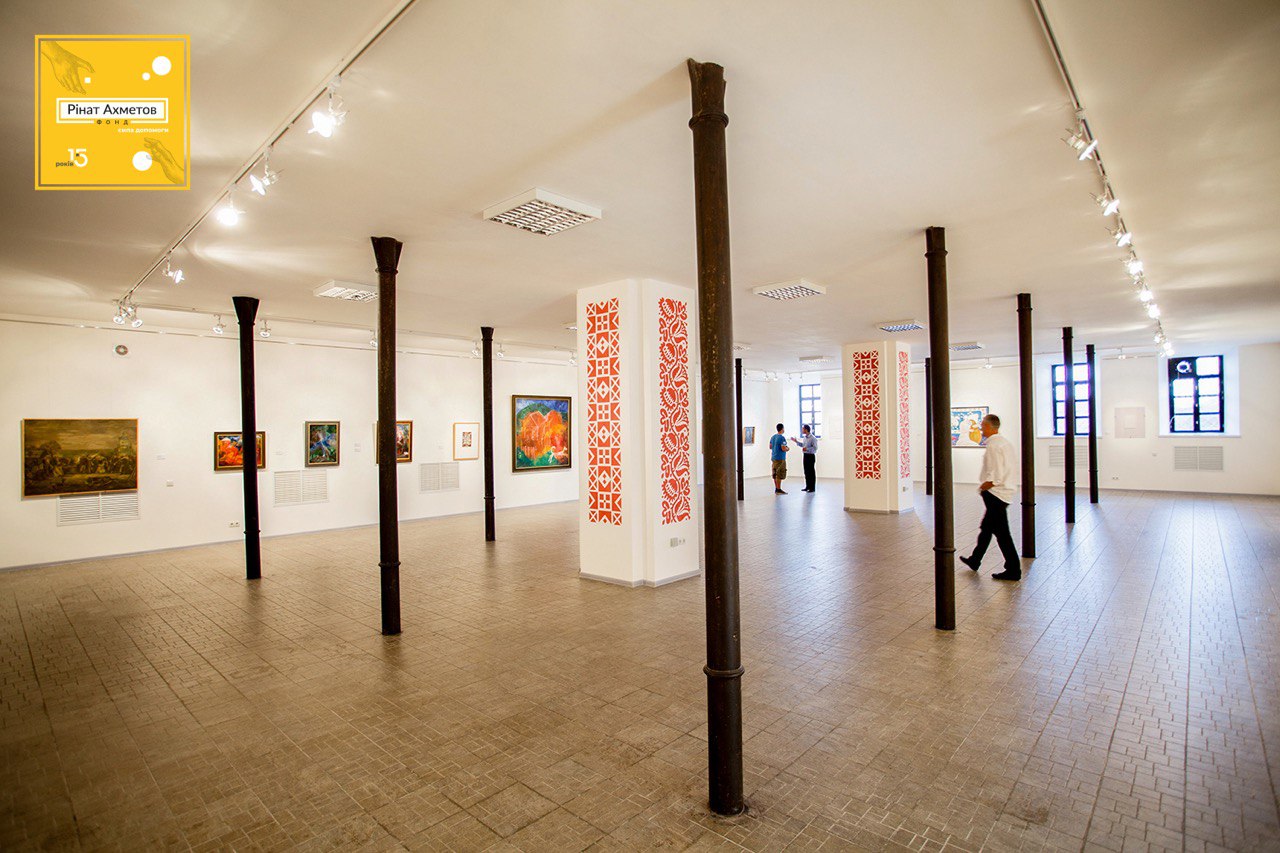 The project Development of Museums was another move to preserve national cultural heritage. Two of the most famous Ukrainian museums got a chance to update and open their doors to a wide range of visitors.

In particular, a full-scale restoration of the gem of the Ukrainian Baroque —the Metropolitan House in the National Sanctuary Complex "Sophia of Kiev" was carried out. The Foundation also donated antique interior items that completely repeat the situation in the homes of Kyiv metropolitans of the 18th-19th centuries. Ukrainian specialists had to search for them at auctions in France and Germany. 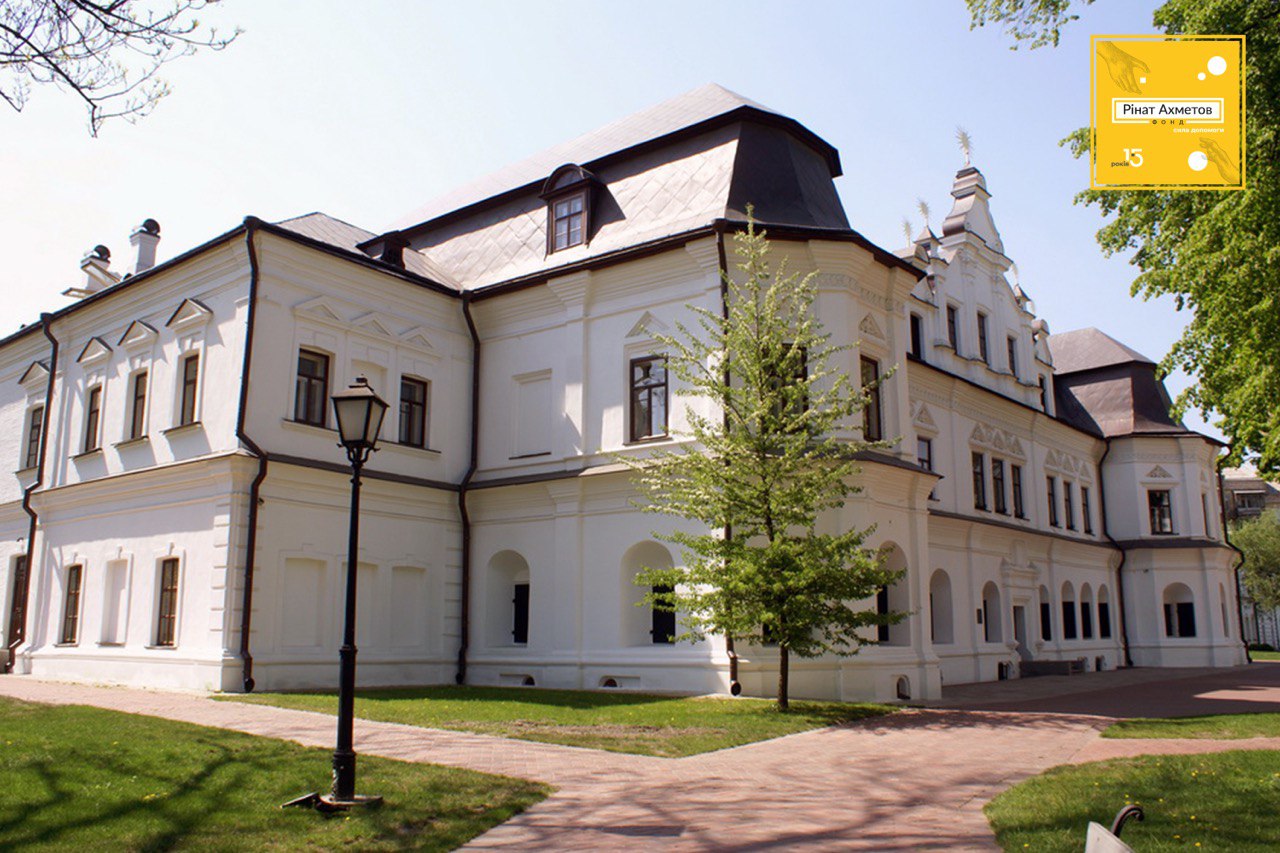 The National Museum of Folk Architecture and Life of Ukraine in Pyrohiv was the next to receive assistance from the Foundation within the framework of the project. Five windmills, roofing to ethnographic facilities, a significant part of pedestrian paths were restored. The lighting system was repaired. To ensure the safety of the exhibits, the Museum received new fire fighting vehicles. 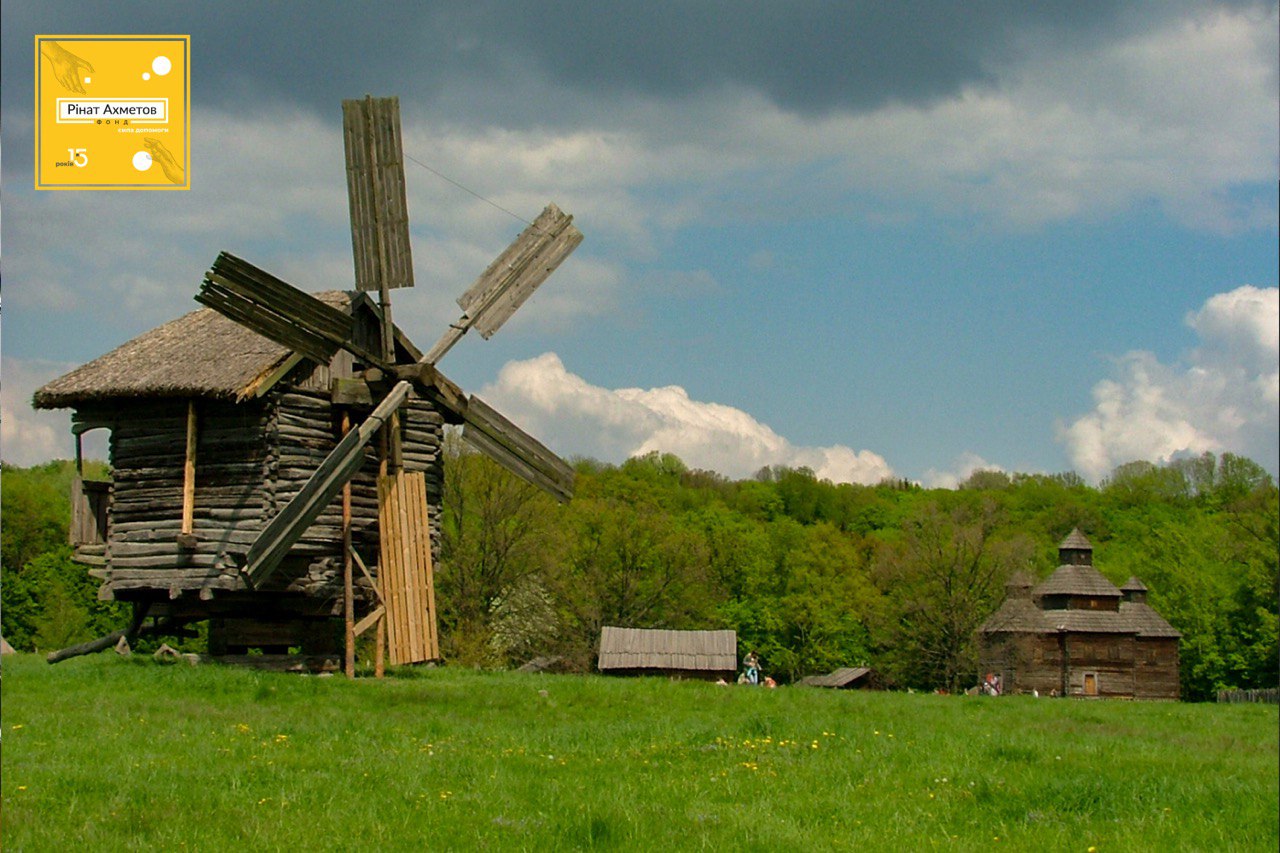