Initially, the program focused on educational projects regarding digital journalism, because the media changes occur rapidly and at the same time affect every consumer of information. The program's projects integrated the world's best examples and practices of mass communication into Ukrainian society and at the same time transformed the education system in Ukraine. The program started with the project Journalism of the Digital Future. The Rinat Akhmetov Foundation helped Ukrainian journalism proceed from the Soviet style to world-class media standards. Over 150 journalists and editors from 68 national and regional media outlets became students of the project. They received training and gained new practical knowledge and skills in  multimedia journalism. 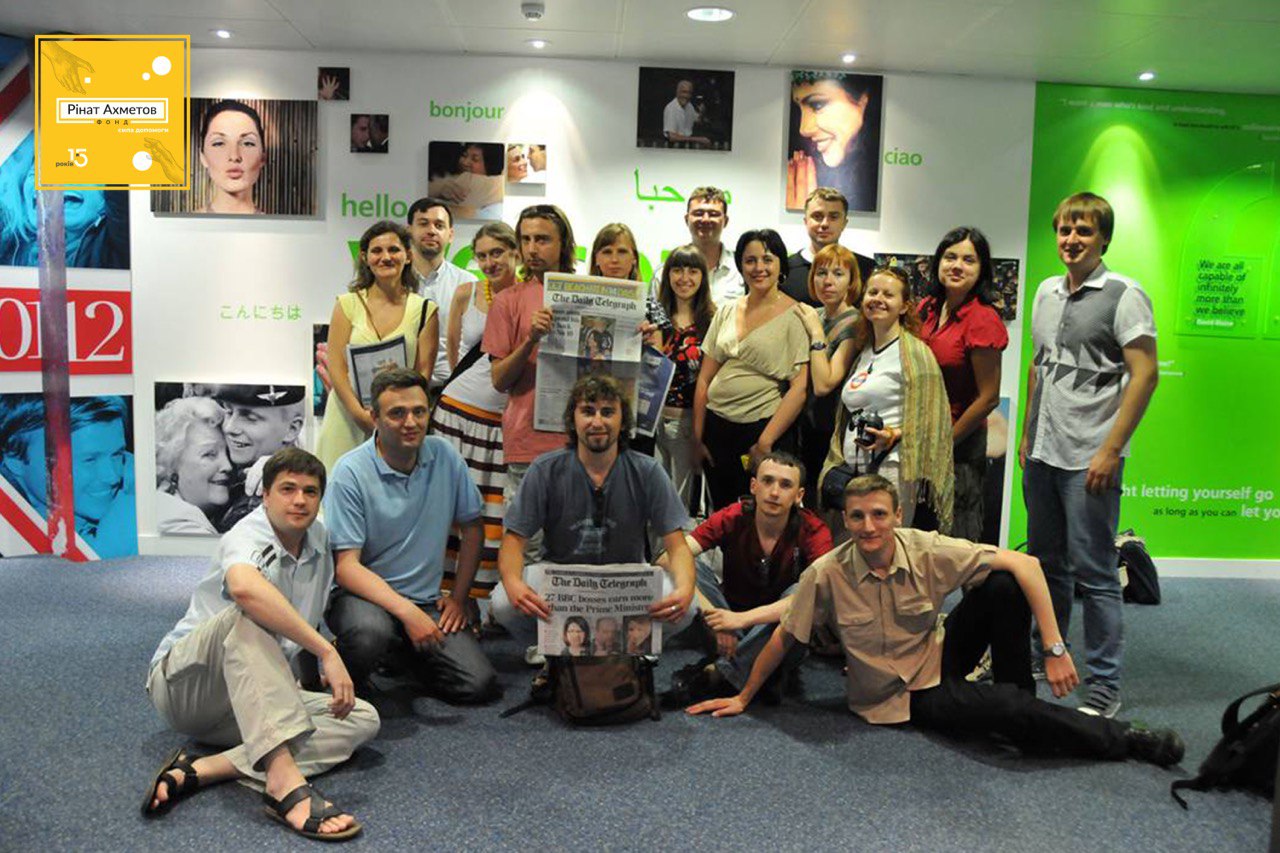 The best students of the project completed internships in the United States and Great Britain, visited editorial offices of the world's leading media: New York Times, National Geographic, Washington Post, Los Angeles Times, the Daily Telegraph, etc. The editorial offices were able to adopt new working methods from their western colleagues and improve the quality of their own media products.

In 2008, owing to to another project Doctoral Program in Mass Communications, the first doctoral program in Ukraine was created, which was based on the postgraduate educational philosophy used in western countries. 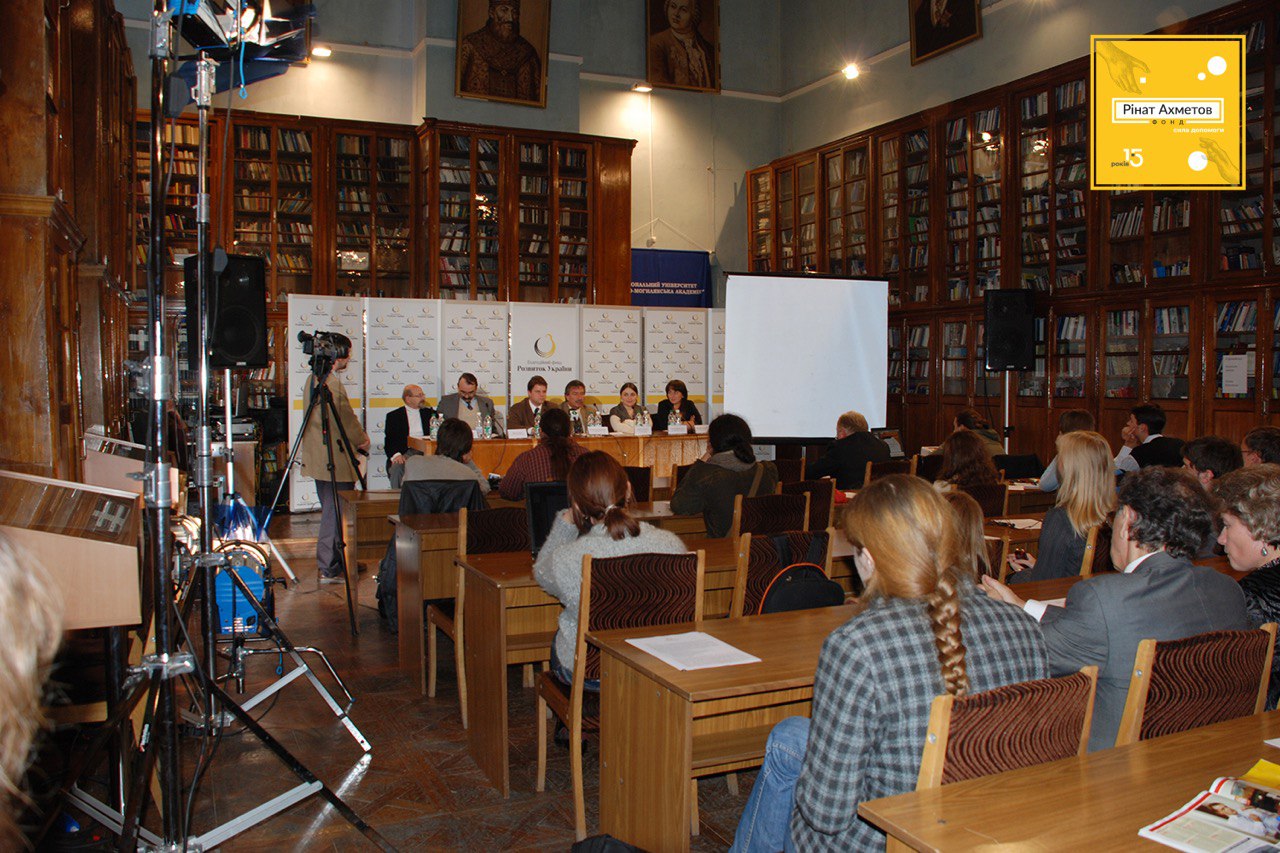 Meanwhile, no University in Ukraine produced doctoral students withing the European meaning of the word, and the Foundation together with the Kyiv-Mohyla Academy launched a pilot higher educational three-stage project: bachelor-master-doctorate program. The first postdoctoral students studied majoring in Journalism and Sociology.

In 2011-2014, project Digital Media for Universities was implemented jointly with the National University of Kyiv-Mohyla Academy. It was aimed at creating a high-quality higher education in journalism that meets the needs of new media. 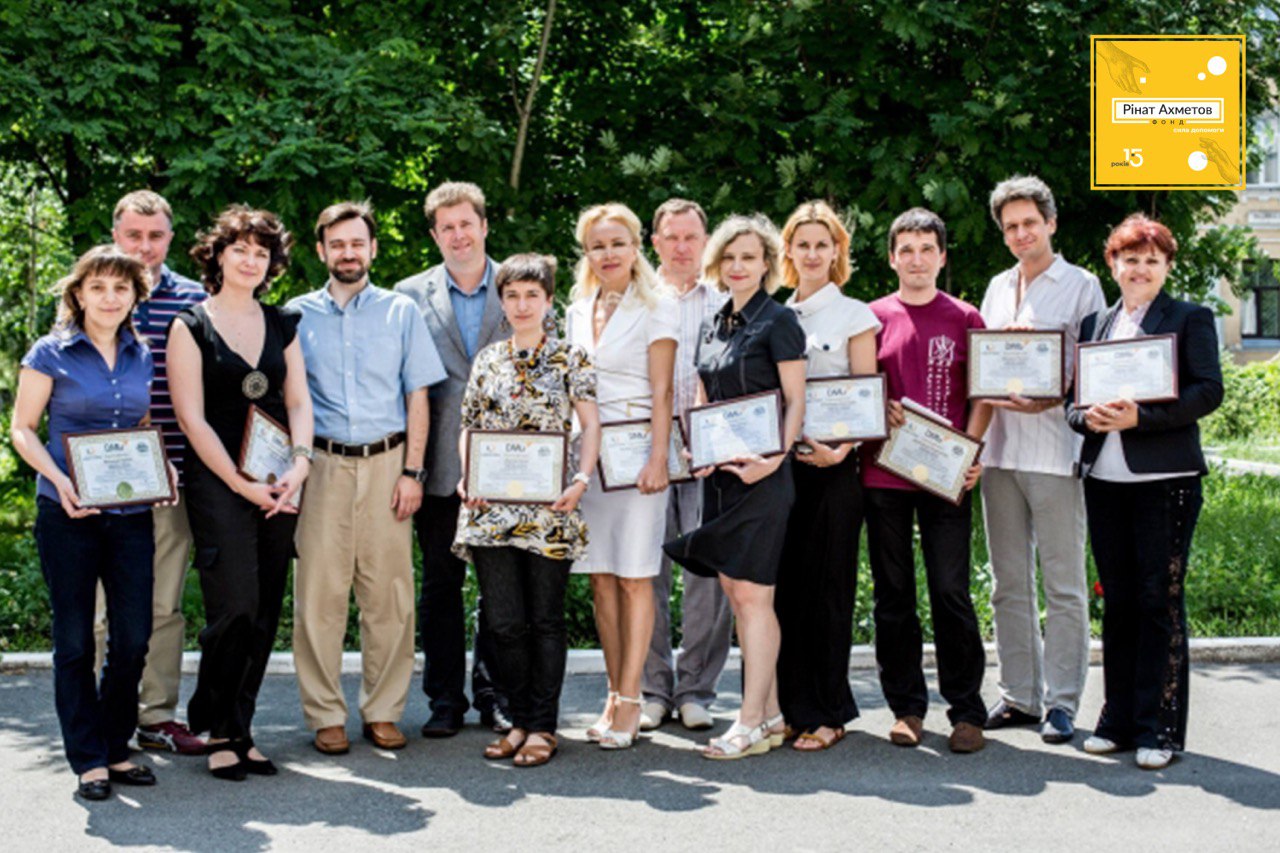 A training program for modern knowledge in multimedia journalism was created within the framework of the project, an it consisted of eight training modules and covered all required aspects for a journalism teacher (methods of teaching multimedia journalism, how to write texts for various platforms, how to work with audio and video editing packages, how to build work in a converged editorial office).

Every year The Rinat Akhmetov Foundation selected ten teachers from Ukrainian universities, faculties or departments of journalism and sent them to advanced training courses. Teachers of the world's leading universities and media schools, as well as practical journalists from Ukraine, the United States, great Britain and Spain, were the trainers of the project participants.

The project contributed to the creation of strong schools of journalism education in leading Ukrainian universities and allowed to start mass training of journalists who meet the modern media requirements.

In 2020, when the whole world has faced the problem of coronavirus and all countries enforced  quarantine and self-isolation, the Rinat Akhmetov Foundation launched several distance learning projects. Together with the Ministry of Digital Transformation, the educational series Quarantine: Online Services for Teachers was created. The series of videos explained in accessible language the most popular online learning platforms: Google Classroom, Microsoft Teams, Cisco Webex, Zoom, Class Dojo, Clastime, Viber, etc. The advantages and disadvantages of each program were thoroughly analysed. This was particularly helpful for  teachers and students who had never previously participated in lessons while sitting at home. The video series has been viewed more than 500,000 times.

"The assistance of the Rinat Akhmetov Foundation for the implementation of this project was extremely timely. The Foundation quickly responded to the relevance of this topic for teachers. Therefore, it helped with all organizational issues. Without his help, we would not have been able to implement this project so soon," Valeriya Ionan, Deputy Minister of Digital Transformation for European Integration, said. Then the Foundation, jointly with FC Shakhtar and the Ministry of Digital Transformation, launched an educational series Digital Physical Education for Schoolchildren Featuring Sports Stars". The players of the Donetsk club and the national team of Ukraine Andriy Pyatov and Sergiy Kryvtsov, as well as stars of the  Mamahohotala Show humorous project Yevheniy Yanovych and Oleh Maslyuk, who is also an Ambassador of the Rinat Akhmetov Foundation, were the project presenters. The topics of online lessons were very diverse — from  warm-up and squat to yoga and eSports rules and secrets.

"Such online classes are so desired as never before. We need to keep fit and try to motivate people to do them. This is because sport implies health, immune stimulation. And immunity in this situation is the most important thing," Andrti Pyatov, the Shakhtar captain. Digital Physical Education has been viewed more than 1,200,000 times on the platforms of the Foundation, the Ministry of Finance and FC Shakhtar.

Together with the Ministry of Digital Transformation and the Association of Anesthesiologists of Ukraine, the Rinat Akhmetov Foundation created the series COVID-19: Everything You Need to Know about the Ventilators especially for doctors working with ventilators and everyone who is interested in this topic. This review series in the format of a mini-interview explains how ventilators work, tells about the functionality of modern models of this equipment, gives an idea of what a person feels when they are connected to a device, what actions doctors do to treat a patient and why.

"Thanks to the series, a doctor does not need to study multi-volume instructions on about 800 pages. A 10-15-minute masterly directed film about the ventilators, participated by an expert anesthesiologist will do just fine. This makes it much easier to master the new equipment more effectively,"  President of the Association of Anesthesiologists of Ukraine, Sergii Dubrov, said. The series about the ventilator  operation was watched more than 185,000 times.

Afterwards, the Foundation together with the Ministry of Health and the Association of Anesthesiologists of Ukraine conducted an online-conference for doctors operating ventilators. This was a three-hour webinar where the leading experts of the Ministry of Health told the doctors of public hospitals the world's best practices in the treatment of COVID-19 and some details when operating the latest models of ventilators.

The conference was attended by more than 800 doctors from all regions of Ukraine. However, the  webinar will be practical for many more specialists to operate the latest models of ventilators and learn the most advanced methods of treating the virus. The course was made freely available. It was viewed about 20,000 times.

"The Foundation helps us not only with various devices, medicines, but also to educate our respected colleagues and learn something from them," one of the webinar experts, Merited Doctor of Ukraine, Head of the Department of Infectious Diseases of A.A. Bohomolets National Medical University, Professor Olha Holubovska, said.

The  Foundation plans to conduct new webinars and create new educational projects. In particular, a training series for possible adoptive parents will be created in the near future.