15 years of Rinat Akhmetov Foundation: helping those who need it most

Over 15 years of work, the Rinat Akhmetov Foundation has implemented dozens of projects. These were both local initiatives and programs on a national scale. But it all started with the support of people who found themselves in difficult life circumstances. People who were in urgent need of immediate help. The principle of "help here and now" formed the basis of the program "Targeted assistance". This was the Foundation's very first program.

Residents of Ukraine received help, thanks to which they were able to live on. This includes funds for surgery, the purchase of vital medicines, and providing everything necessary for young mothers who, for various reasons, were not helped by anyone.

Little Andriana was born in the perinatal center of Ivano-Frankivsk on March 30. Her mother, 36-year-old Halyna, died the next day. The woman was diagnose with COVID-19. A coronavirus test was also performed on the newborn. Fortunately, it was negative. The girl was taken from the hospital by her guardians-her grandmother and aunt. Rinat Akhmetov Foundation supported the family. A cargo with a total weight of about half a ton was sent to the Ivano-Frankivsk region. The baby and her family were given children's furniture, clothing, a supply of formula for feeding, diapers and other things necessary for the newborn. 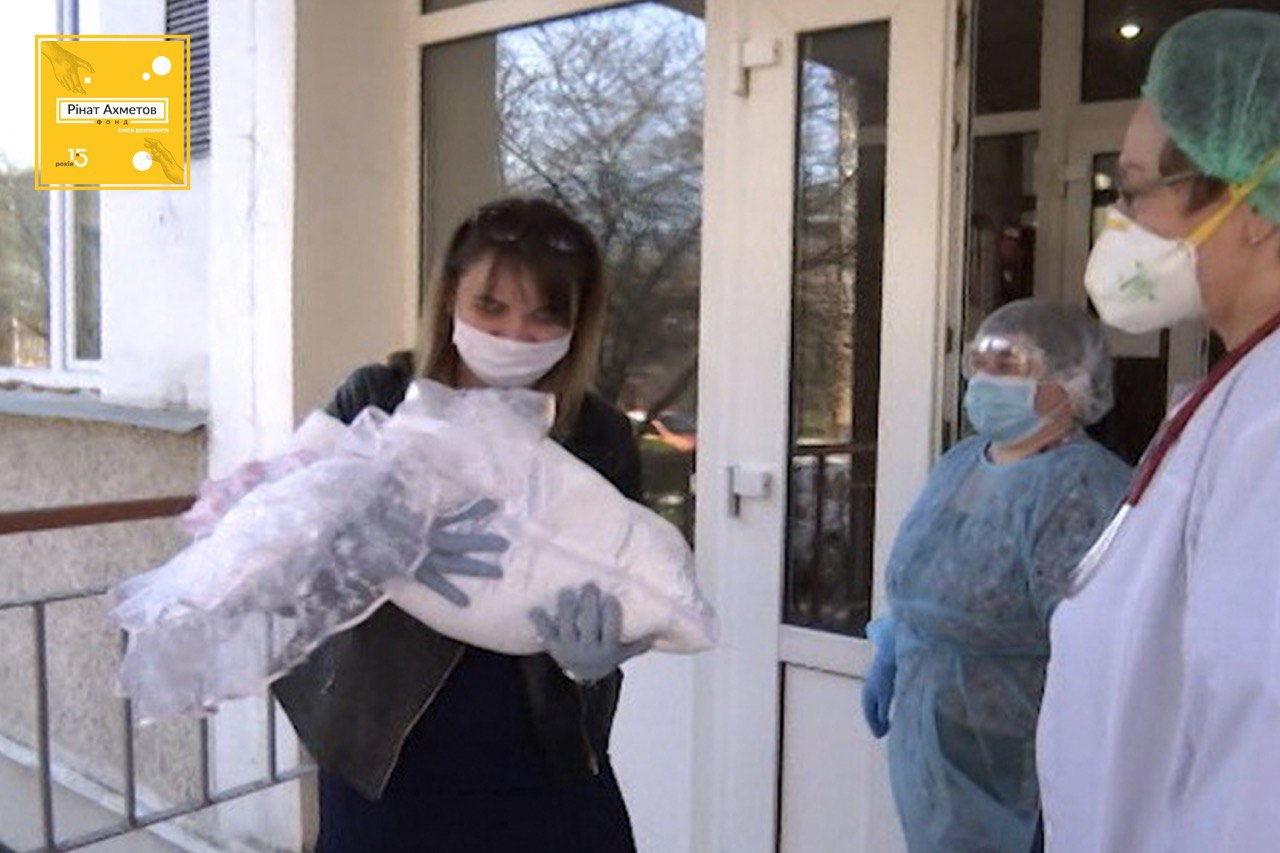 – We sincerely thank Rinat Akhmetov for help. We have a large family. We really need this kind of help, -  Natalia Bodlak, the sister of the deceased woman said.

The migrant from the Krasnyi Luch by the name Ksenia was born seven months premature, weighed less than three pounds. The child was diagnosed with a combined congenital heart disease. When the baby was only 23 days old, she had her first surgery – the aorta was expanded. When she was four years and three months old, she had a third operation to close a large ventricular septal defect. The girl finally started to develop normally and went to school. And then the armed conflict in the Donbas began. Ksenia's family moved to Kharkiv, but the problems did not end. – My daughter needed another surgery -to close the Botall duct (the vessel connecting the aorta and the pulmonary artery). During the first days of life, it usually closes itself. This did not happen for Ksenia, –Natalia, the child's mother says.

Previously, to close the Botall duct, the chest was cut, after which there were scars, the child was long in rehabilitation. Such operations are still being performed. They are quite traumatic, but more affordable in terms of money. However, the most modern method is endovascular, when the operation is performed through small punctures in the femoral vessels. The surgery itself is free of charge – it is funded under the state program. A special device – an occluder, which closes the duct, is expensive.

– When I found out, I was upset. I didn't sleep at night thinking: "Where can I get the money? Where can a person who has survived the war and fled from home find such a sum?” My husband and I did not work, and we were left without the disability allowance for Ksenia, which we received earlier in Krasnyi Luch. We were advised to contact the Rinat Akhmetov Foundation. I am grateful to Rinat Akhmetov, who helped me save my daughter. And, of course, to the doctors who took part in the treatment of Ksenia, –Natalia says.

Varya from Lisichansk was also born prematurely - at six months. She weighed only 800 grams. For almost three months, the girl breathed and ate only with the help of special devices. She needed special care and expensive medications. Medications were provided by Rinat Akhmetov's Foundation. 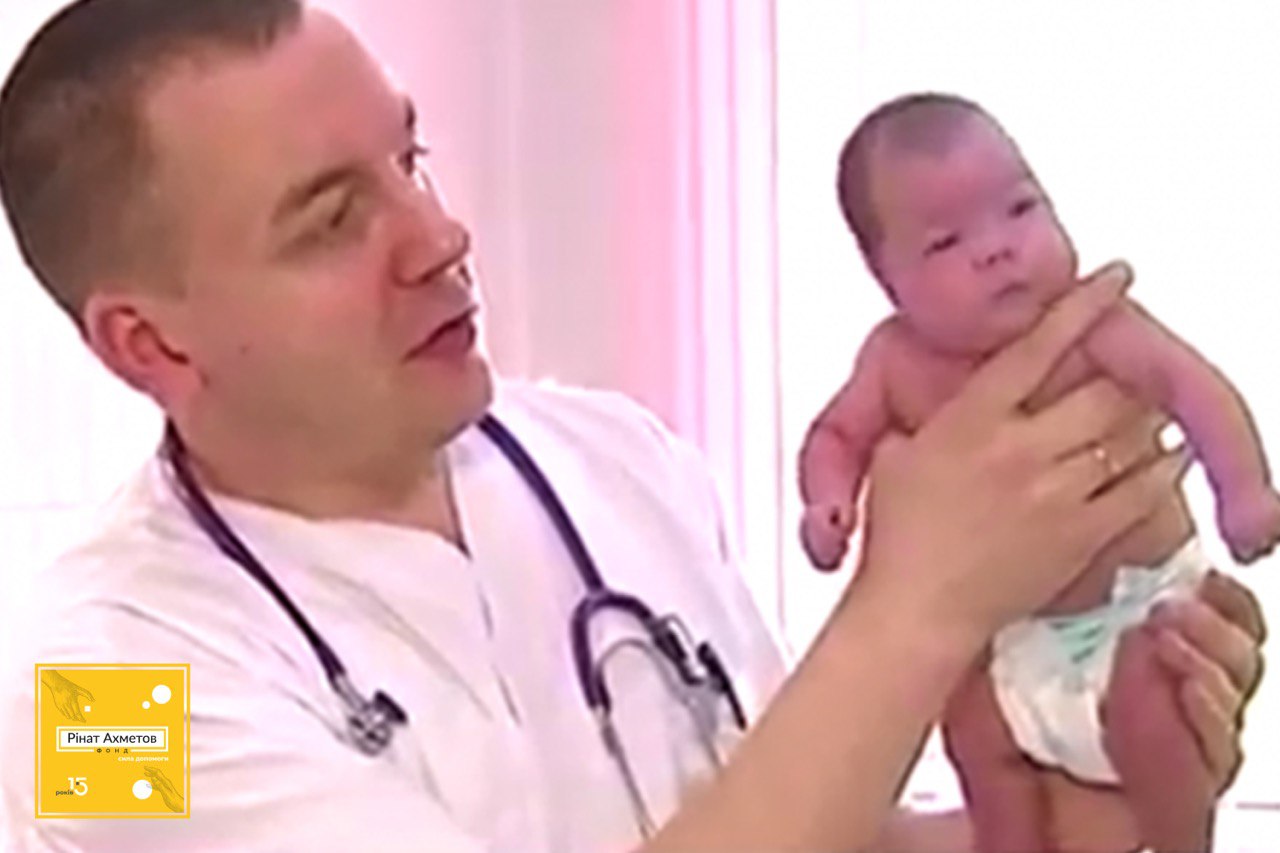 - Many thanks to Rinat Akhmetov for helping people and for saving our daughter, - Valentina Shcherbakova, the child's mother. said

Often, the Rinat Akhmetov Foundation's assistance to a particular person turned into assistance to entire institutions. For example, within the framework of the "Targeted assistance" program, new medical and diagnostic equipment was purchased for the Luhansk city hospital, artificial lung ventilation devices were purchased for four hospitals in Kyiv, Donetsk and Rivne, and Braille printing equipment was purchased for the national University "Lviv Polytechnic". The Foundation also supported the project "Cartoons for the blind", created audio courses "Lectures for medical colleges" for students with deep visual impairment, and equipped a General Practice Outpatient clinic in Staromykhailivka…

"Targeted assistance" became the basis of Rinat Akhmetov's personal charity. This is where many projects that were later included in the program "Rinat Akhmetov for Children" begin.

The project "Rehabilitation of injured children" helps children in Donbass who were injured as a result of the armed conflict. The project "Medicines for Children" has helped more than a thousand seriously ill people with the purchase of medicines. As part of the Healthy heart project, children are undergoing corrective operations to close the defect with a special occluder implant in the country's leading cardioclinics. For children with hearing disorders, the Foundation purchased highly sensitive hearing aids (the project "Rinat Akhmetov to children. Now I hear").

Other very important and necessary projects were also implemented. Such as “Invataxi" (a specialized taxi service for people with disabilities),"Street dog” (assistance to homeless animals), "Insulin" (medicines for diabetics), “First aid kits" (sets of medicines for residents of an armed conflict zone).