In 2019, Rinat Akhmetov Foundation implemented a national-scale project "200 ambulances for Ukraine". In just six months, state hospitals and ambulance stations received 200 vehicles equipped according to the latest technology. For the first time in 28 years of independence of the country, Rinat Akhmetov is the only philanthropist who gave doctors such a number of super-modern ambulances.

- "200 ambulances for Ukraine" of the Rinat Akhmetov Foundation is one of a kind private charity project in the field of emergency medicine. These vehicle were purchased and transferred as soon as possible, –Natalya Yemchenko, a member of the Supervisory Board of the Fund said.

One of the vehicles was received by the children's hospital of the city of Shostka in the Sumy region. 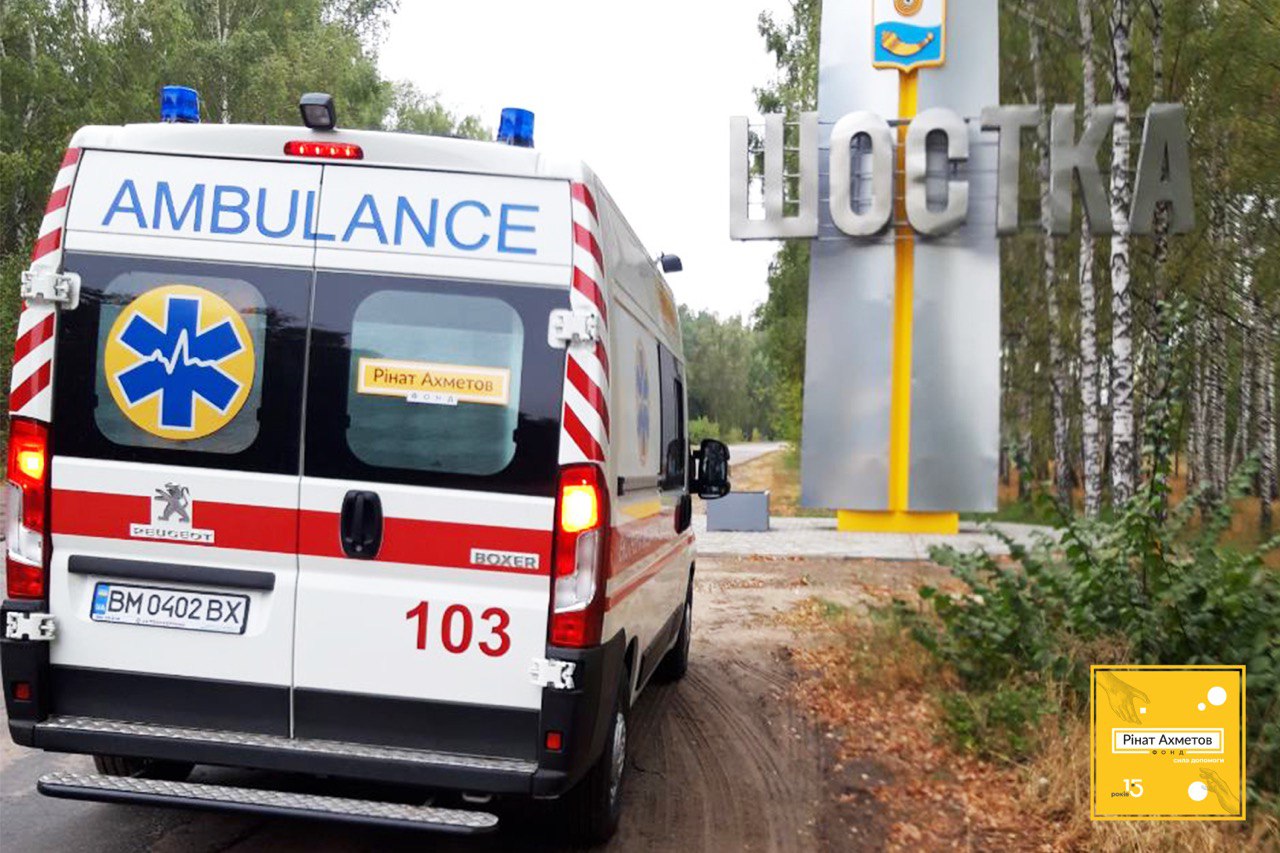 – We were happy with this news like children, because transport is our pain. We visited patients in an old Volkswagen, which is 22 years old. It often breaks down, which does not please us, doctors, or patients. We got the keys to a new vehicle and the emotions just overwhelmed us. The vehicle is top class! The patients will be happy. And colleagues, of course, will be too. Thank you to the Rinat Akhmetov Foundation for this gift, –the Deputy chief doctor of the medical institution Tatyana Shlyk said. 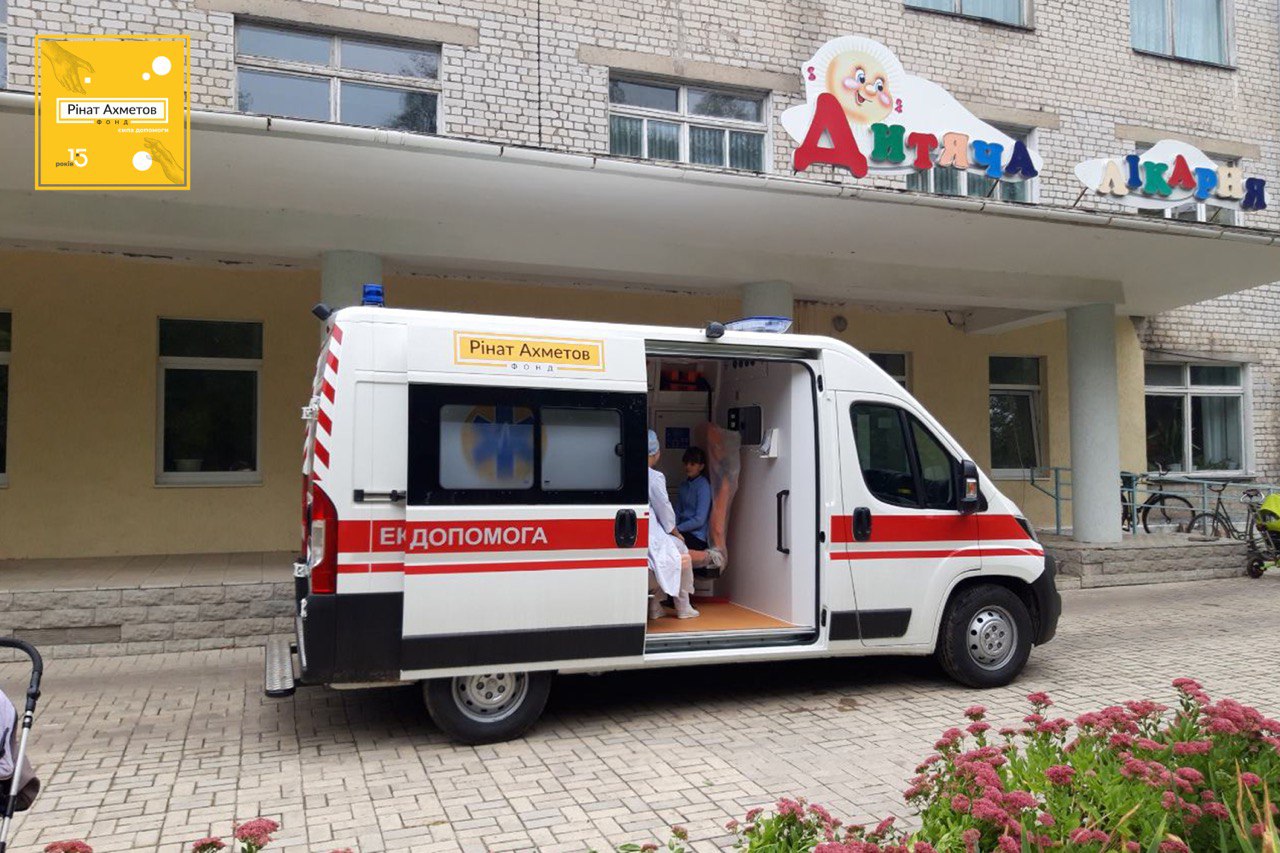 Also, one of the vehicles – "resuscitation on wheels" was received by the Lysychansk ambulance station in Luhansk region. 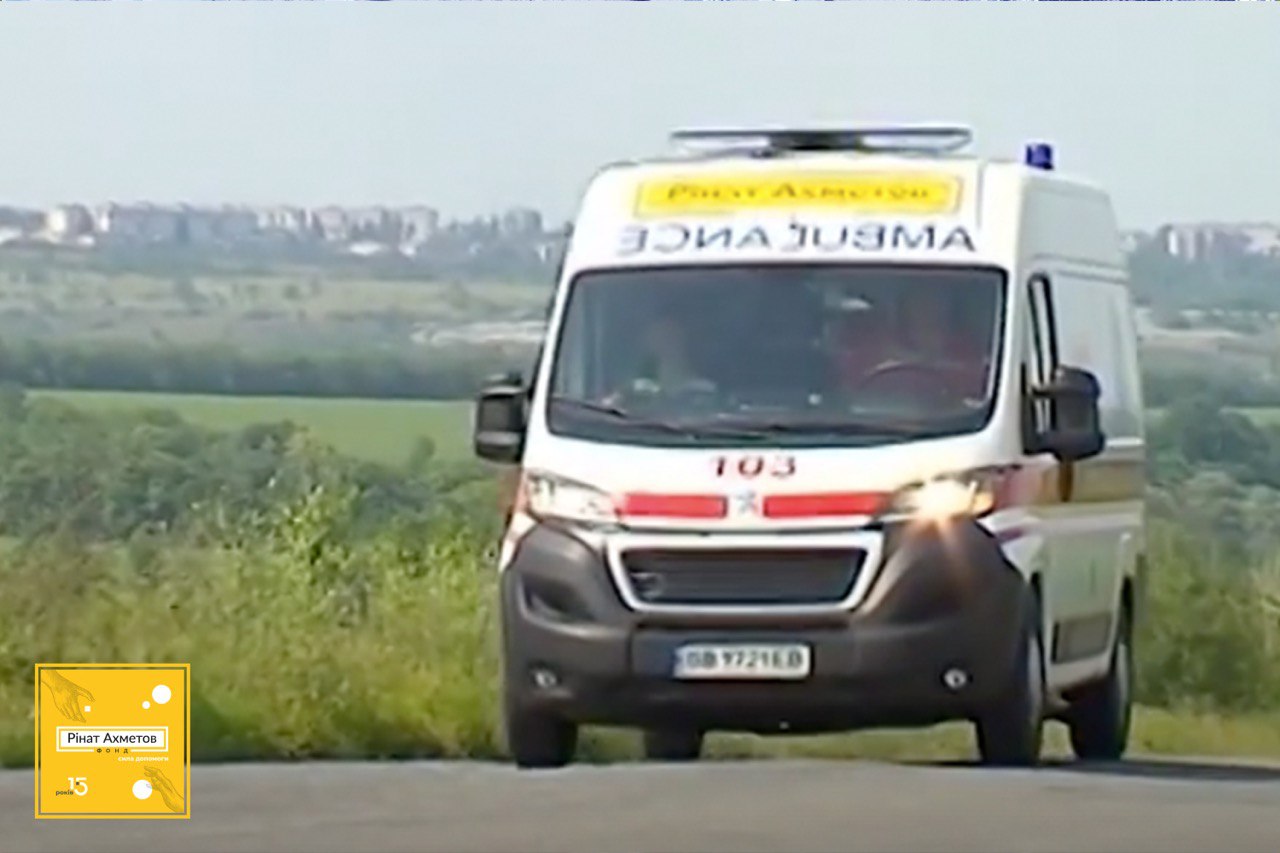 – Before the arrival of this vehicle  we had old rusty UAZ and the "Gazelle". But now this vehicle has arrived – and we can't get enough of it. There is absolutely everything you need to provide emergency vehicle. This is an intensive vehicle unit on wheels. We received such equipment for the first time, –the chief doctor of the Lysychansk ambulance service Dmytro Kyseliov says.

Yulia Belousova, a paramedic of the field team, also likes the new vehicle:

– It's just awful when you're late for a call. People call, but you can't get there because your vehicle broke down. There will be no such problems with this vehicle. Rinat Akhmetov is doing a great job for the residents of Ukraine and the Donbas. This is a man with a big heart, because I don't know anyone else who can help people like this! 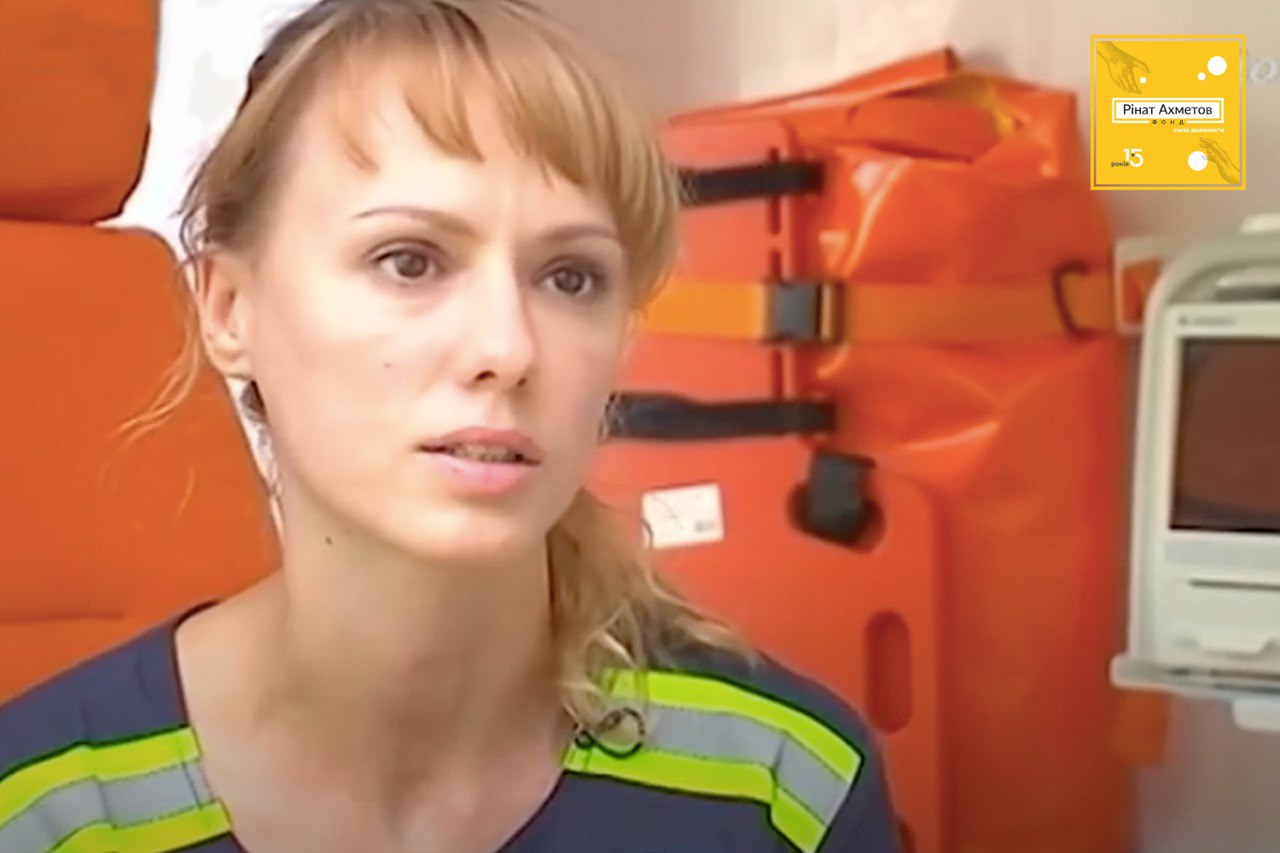 There are 22 neonatal ambulances that are equipped with everything necessary to save the lives of newborns. When the inhabitant of Mykolaiv Natalya Kosanchuk became a mother, the life her daughter was under threat. The girl was diagnosed with a severe illness, which could only be managed by doctors of a Specialized Department in a regional hospital. The child was successfully transported to the destination by vehicle for resuscitation of newborns. 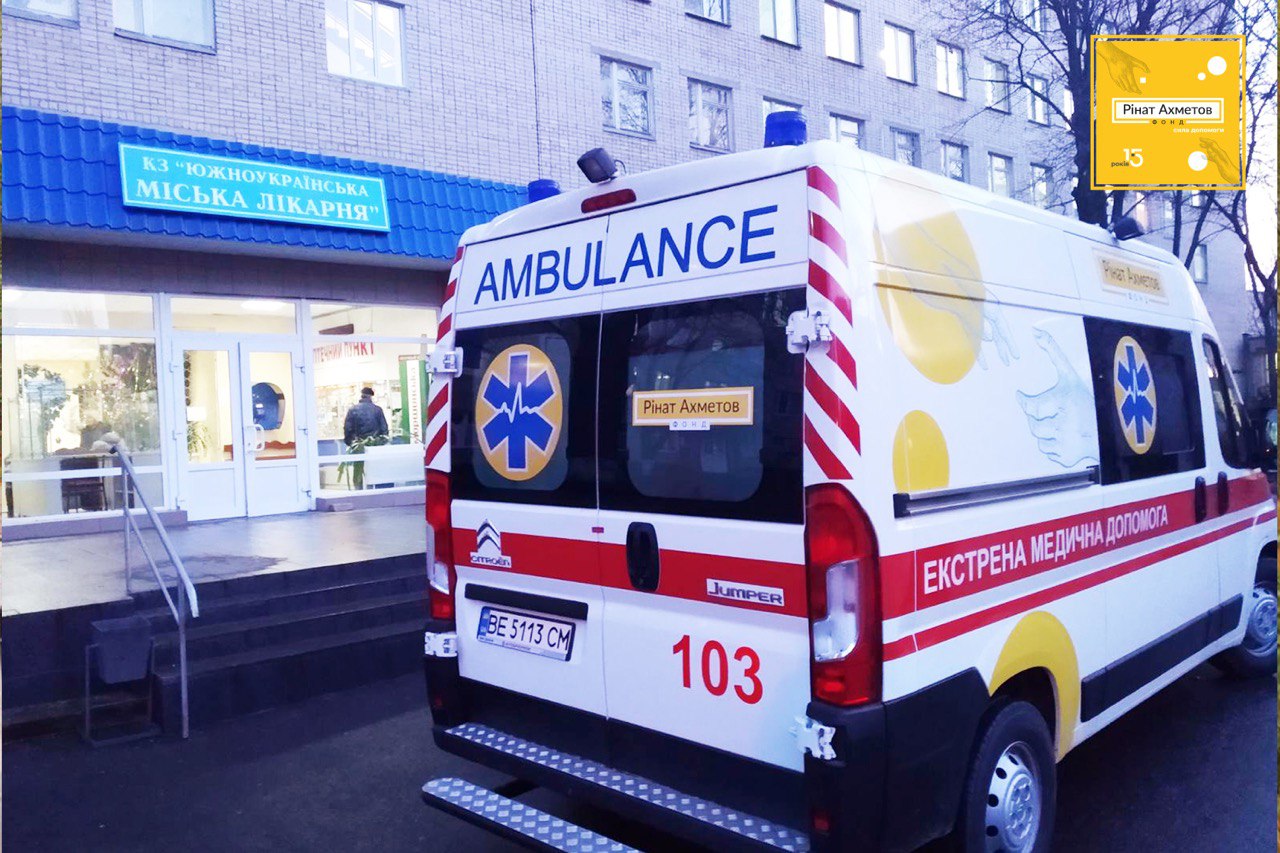 – We really needed this resuscitation vehicle. It has everything we  need to maintain the life of a child, to save life. On the part all mothers of the Mykolaiv area I want to thank Rinat Akhmetov's Foundation for such gift to our hospital, – Natalya Kosanchuk said.

The project "200 ambulances for Ukraine" was implemented under the personal supervision  of Rinat Akhmetov. In a record-breaking six months, state medical institutions in all regions received 200 special vehicles with the most modern equipment. Among these vehicles there are 114 "resuscitators on wheels", 64 vehicles based on the Toyota Land Cruiser SUV and 22 neonatal vehicles with artificial ventilation devices for newborns. This is the largest contribution of one philanthropist to the state medicine of Ukraine since the independence of our country. Today, many of these ambulances are involved in the fight against the epidemic in all areas.