The Museum of Civilian Voices of the Rinat Akhmetov Foundation: ‘Grandma screams, ‘Katya, hide!’ And granddaughter has blood on her fingers’ – the story of Natalya Kolomiyets

The Museum of Civilian Voices of the Rinat Akhmetov Foundation continues to collect stories of Donbass residents in order to tell the whole world about the people who suffered from the armed conflict in the east of the country. The Museum has collected more than 5,000 such stories, and the goal by 2025 is 100,000 stories.

Resident of Popasna town Natalya Kolomiyets knows first-hand what the horror of war is. In the autumn of 2017, her daughter was injured during a shelling, and their house was severely damaged. Fortunately, the girl is fine now. She does not lose optimism and believes that things will straighten out. Natalya’s first-hand account of those events was included in the archive of the online museum.

The woman recalls that she was at work when the shelling started, and that her daughter and her mother were at home at the time.

‘We were at work and were having lunch at that moment. And then something fell. Everyone is used to it: when something falls, they call their parents. I called my dad and he said, ‘A shell landed.’ I urgently came home from work. My daughter had been sitting with her back turned to the door, and so she was affected by the blow. They were frightened. Grandma screamed, ‘Katya, hide!’ And she had blood on her fingers,’ Natalia recounts. 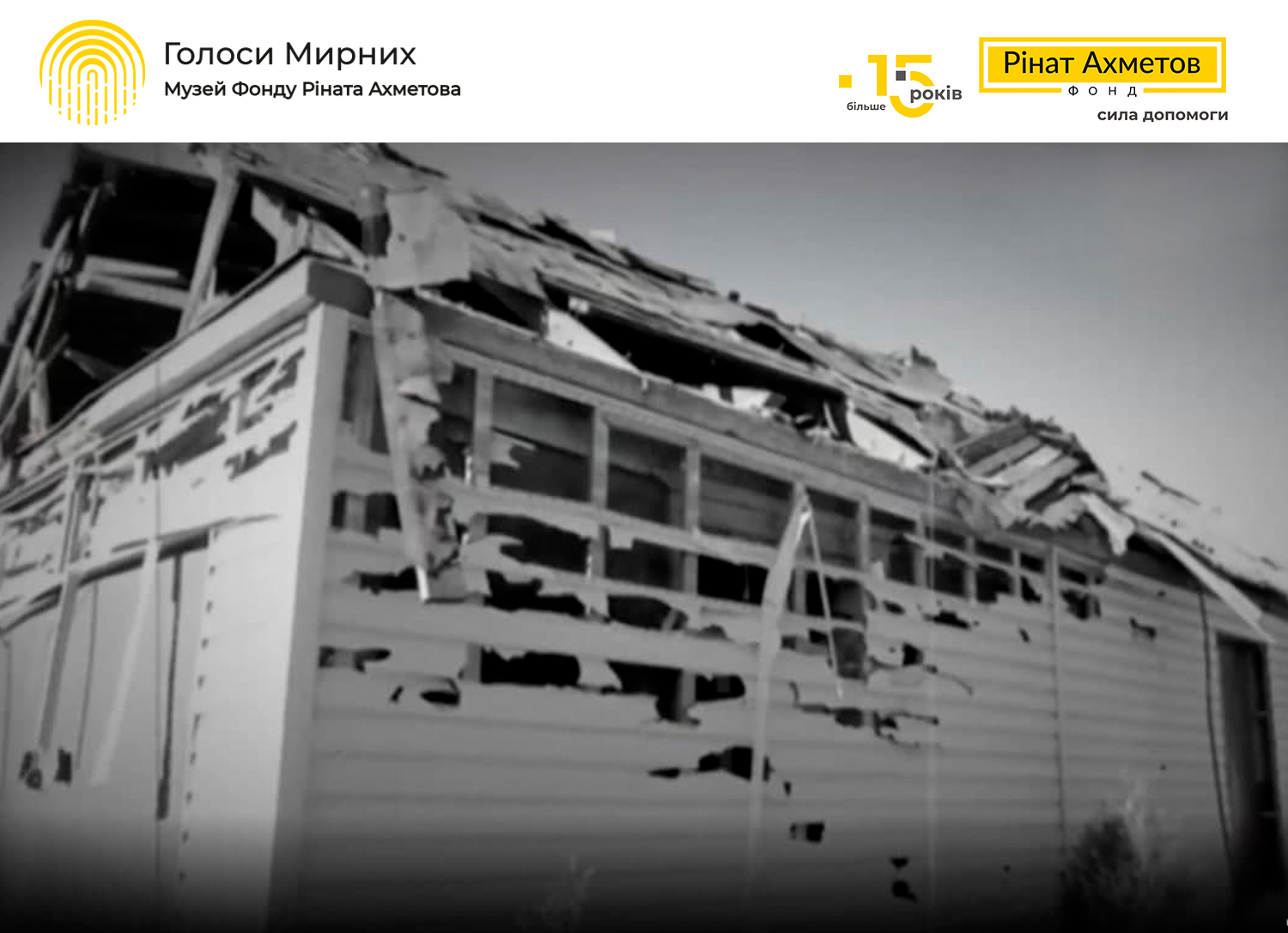 After that, she and her daughter were sent to the hospital. Fortunately, the girl recovered fairly quickly. The Rinat Akhmetov Foundation supported the family in time of need.

‘Katya’s wound healed up quickly during two months. We went for a rehabilitation course provided by the Rinat Akhmetov Foundation,’ says Natalia Kolomiyets. 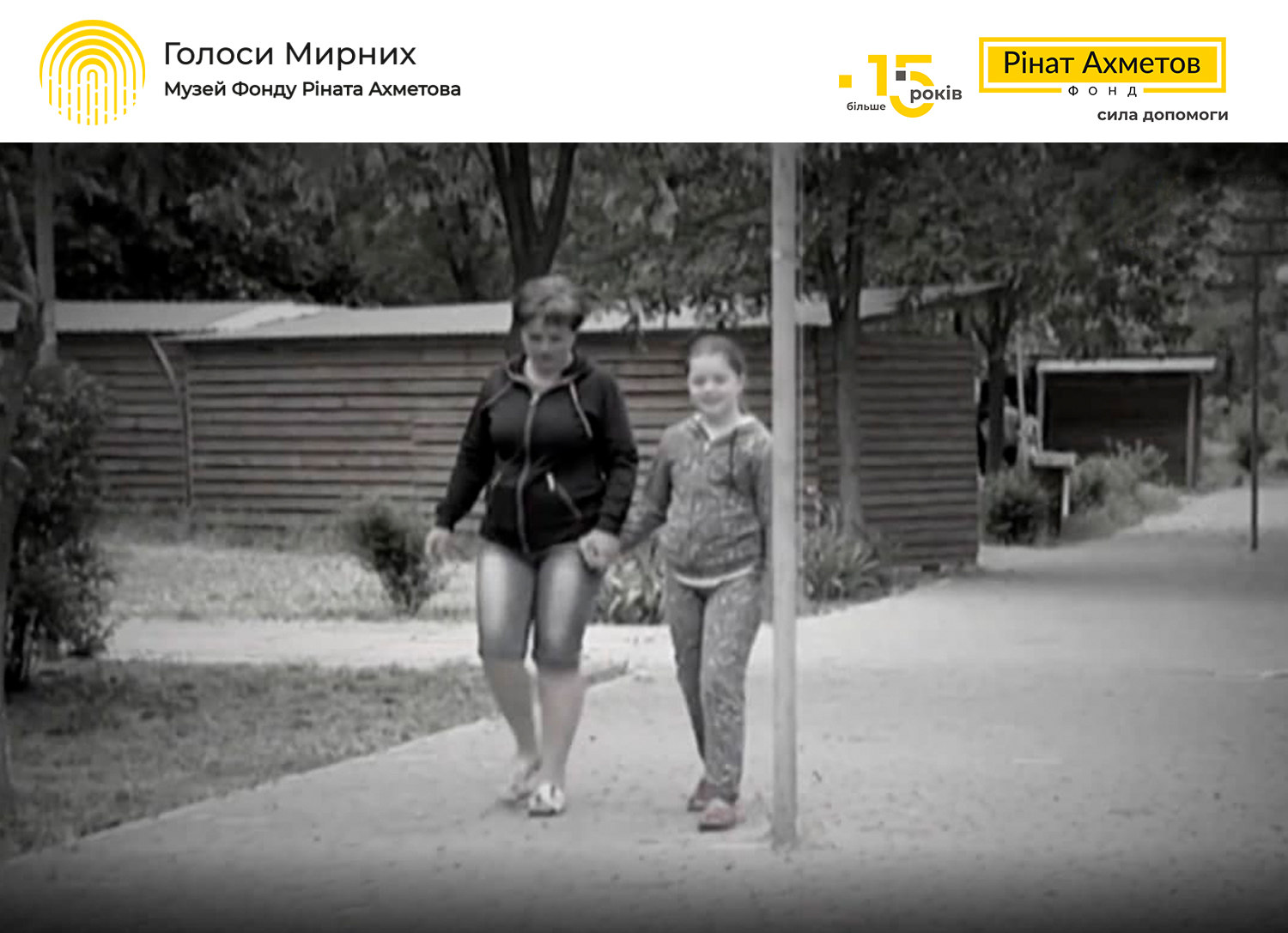 The Museum of Civilian Voices of the Rinat Akhmetov Foundation is a safe and trustworthy space where people can share their stories freeing themselves from the burden of silence, encouraging others to share their experiences, making it possible for their townsmen, their compatriots and people around the world to hear, see, understand with their mind and feel in their hearts the pain they experienced.

‘We cannot open the museum in Donetsk, so we are creating it online. It will work as an online archive, online exhibitions, online and offline projects, and as a media resource. Rinat Akhmetov helped, is helping and will continue to help civilians from Donbass. In 2014, the Humanitarian Center was created, which provided assistance unprecedented in its scale and, in fact, saved millions of lives. There is a separate story behind every saved life. We want to create the world’s main archive of Civilian Stories. We believe that in this way we keep the voices of the past and the present for a better future,’ says Natalya Yemchenko, a member of the Supervisory Board of the Rinat Akhmetov Foundation.

It is important for the Museum of Civilian Voices to preserve every story in the name of the future, and in the name of peace. If you are a civilian from Donbass, people should also know what you lived through! Share your story! Follow the link https://civilvoicesmuseum.org/my-story and fill out a small questionnaire or contact the telephone line 0800509001 to make your input in the preservation of memories.