In the spring of 2014, when the armed conflict broke out in the Donbas, no one in Ukraine was ready to solve the humanitarian issues of the civilian population. Rinat Akhmetov Foundation was the first organization to evacuate civilians from the war zone. First of all, they took out those who had nowhere to expect help from: women, the elderly, children, pupils of state social institutions, boarding schools and orphanages.

On May 23, 2014, buses of Rinat Akhmetov Foundation began to evacuate civilians from Sloviansk, Kramatorsk, Mykolaivka, Horlivka, Donetsk and many other cities and towns in Donbas. But it all started with Sloviansk – a city with a population of more than 100 thousand inhabitants. Some of them went to a safe area immediately. But most of them stayed, just didn't have time to gather. Entire families were saved from the shells, sleeping in the basement. 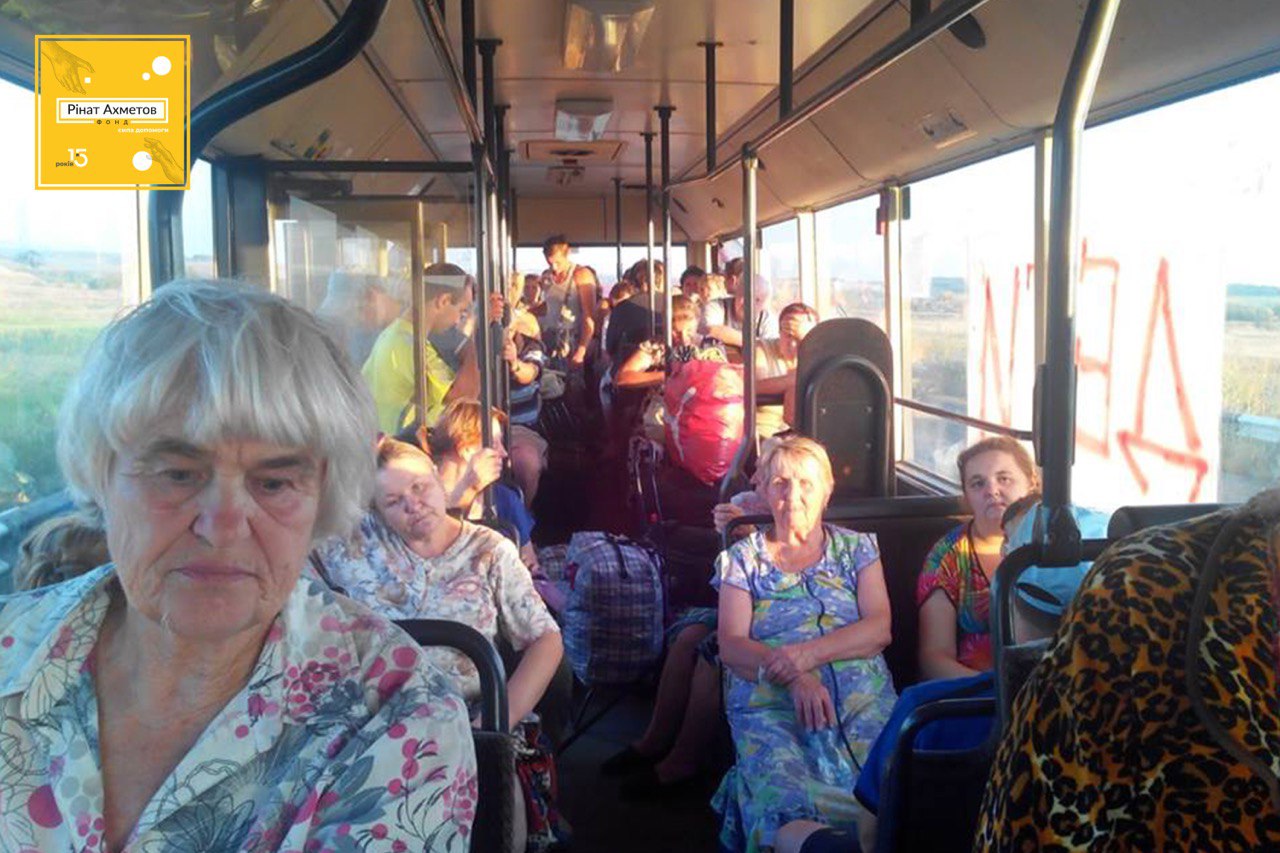 – Our area was heavily shelled on May 26. Many civilians were killed, and shells hit residential buildings and the Research laboratory, which is located right next to my house. We started looking for places to go and who helps Sloviansk in general. I wrote a request on the Internet and immediately found Rinat Akhmetov Foundation. I called the hotline right during the bombing! They immediately responded and offered to go to Sviatohorsk, where they were already ready to accept people, -  Inna Ismailova, a resident of Sloviansk recalls.

The woman, along with her husband, sister and two neighbors who asked for help in the evacuation, went to Sviatohorsk. They had to leave Slavyansk literally under bullets.

– The road was very dangerous. Shells flew after us as we left the city. But it was even scarier to stay. You don't know where the projectile will hit next. Now people know that you need to go down to the basement, when it is necessary to go there. We didn't know any of this before and could have come under fire every minute," Inna says.

After recovering from the stress, the woman began to help evacuate other people.

- Half of the city was evacuated through Rinat Akhmetov Foundation. I gave them phone numbers, persuaded people to leave. I don't know who else helps as much as this Foundation. I have not seen such people who would help so much," Inna Ismailova said. 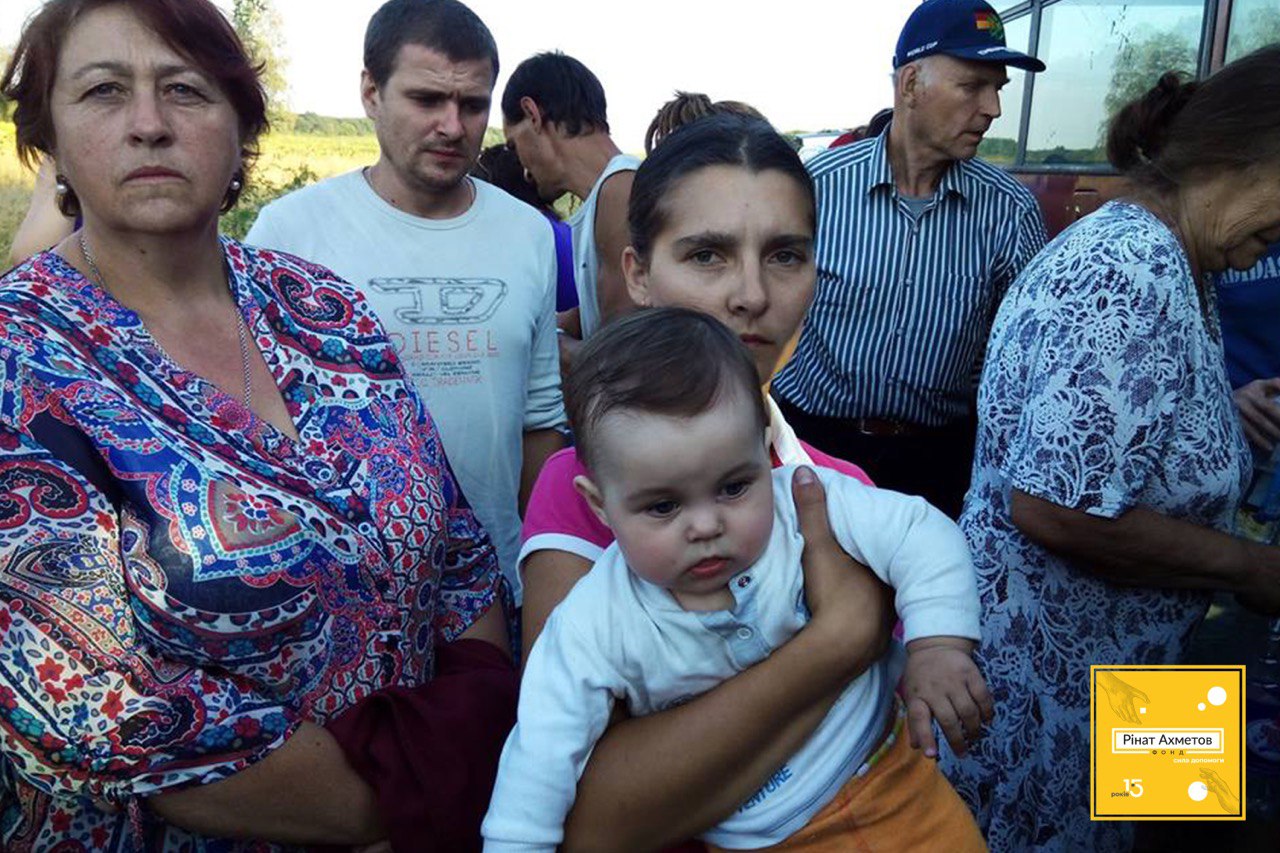 Tetiana Fes from Shakhtarsk appealed to Rinat Akhmetov's Foundation with a request for evacuation, when it was no longer possible to postpone it. Kyiv doctors were expecting her son Ivan for an emergency surgery.

– We not only observed what was flying and where, but also suffered ourselves. Windows were blown out in our house, and a shell exploded near the house of the eldest son. There was a lot of serious damage. But most importantly, our grandson Dima was almost injured. He was in the house at the time and successfully he hid. There was no gas, water, or communication in the village. And the worst part was that no one knew when it would all end. We were cut off from civilization. Because of the constant shelling, intercity buses did not run, and we had to be in Kyiv hospital in a few days. But we were right on time for that operation. This happened only thanks to Rinat Akhmetov Foundation,– Tetiana said. 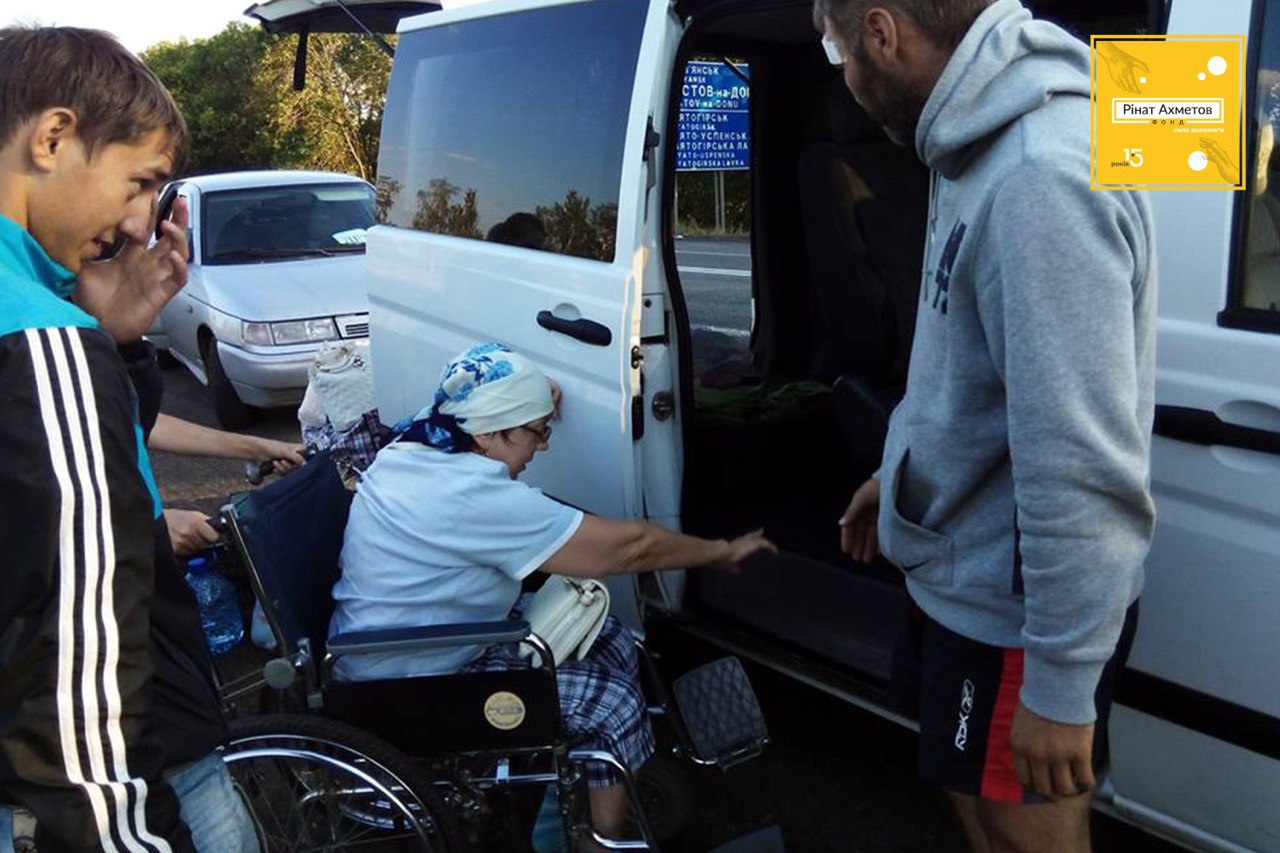 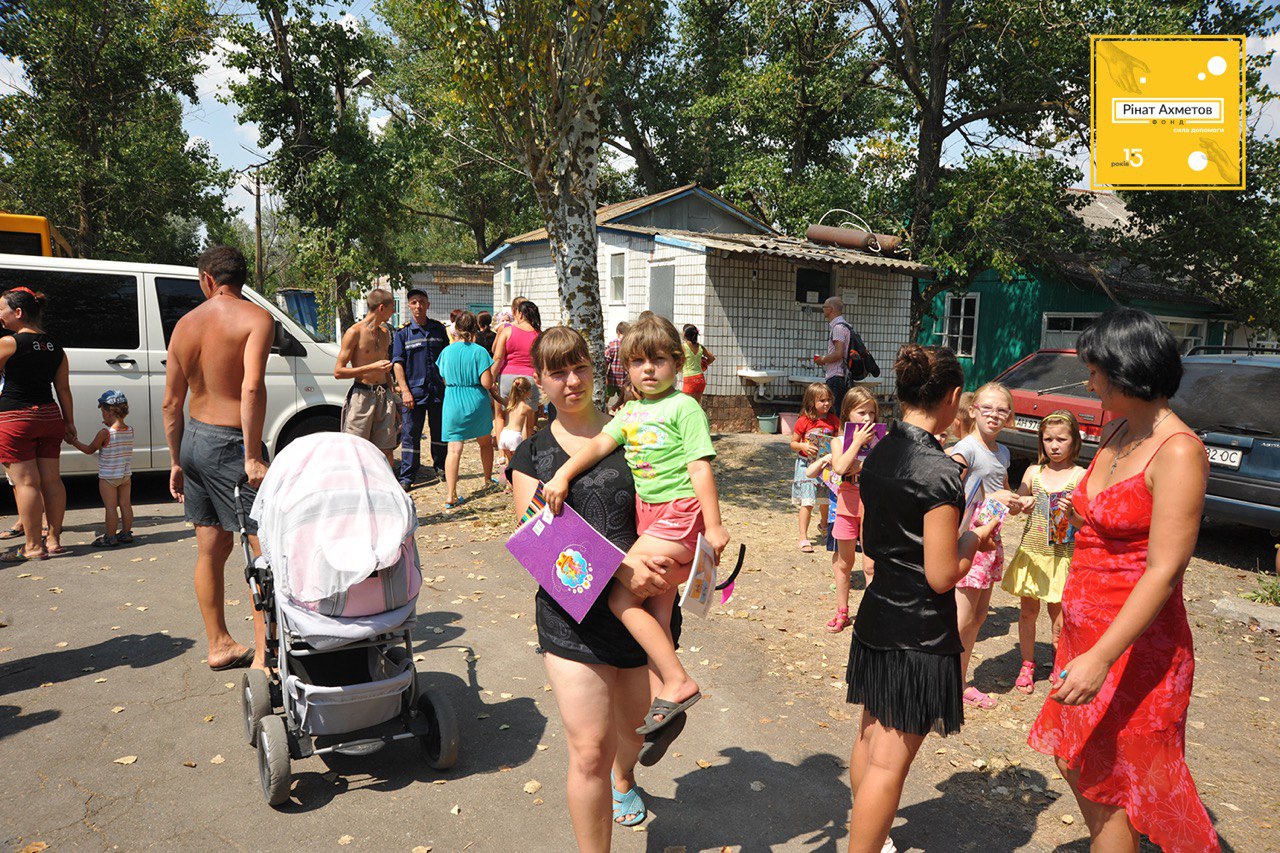 The Foundation, and then Rinat Akhmetov's Humanitarian Staff, evacuated 39,462 people from the zone of active hostilities, 14,784 of them were children. 6939 people were temporarily settled in 29 recreation centers in the Odessa, Kherson and Mykolaiv regions. 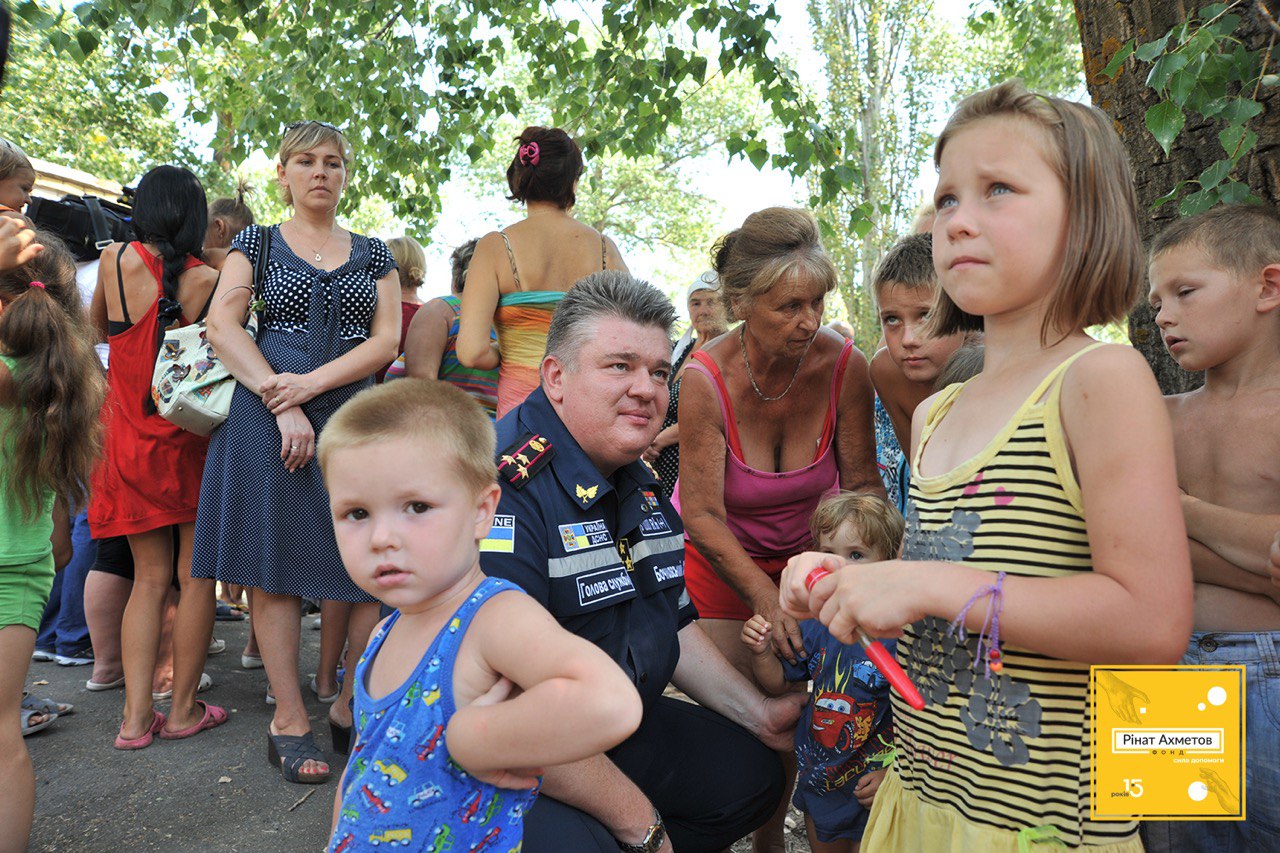 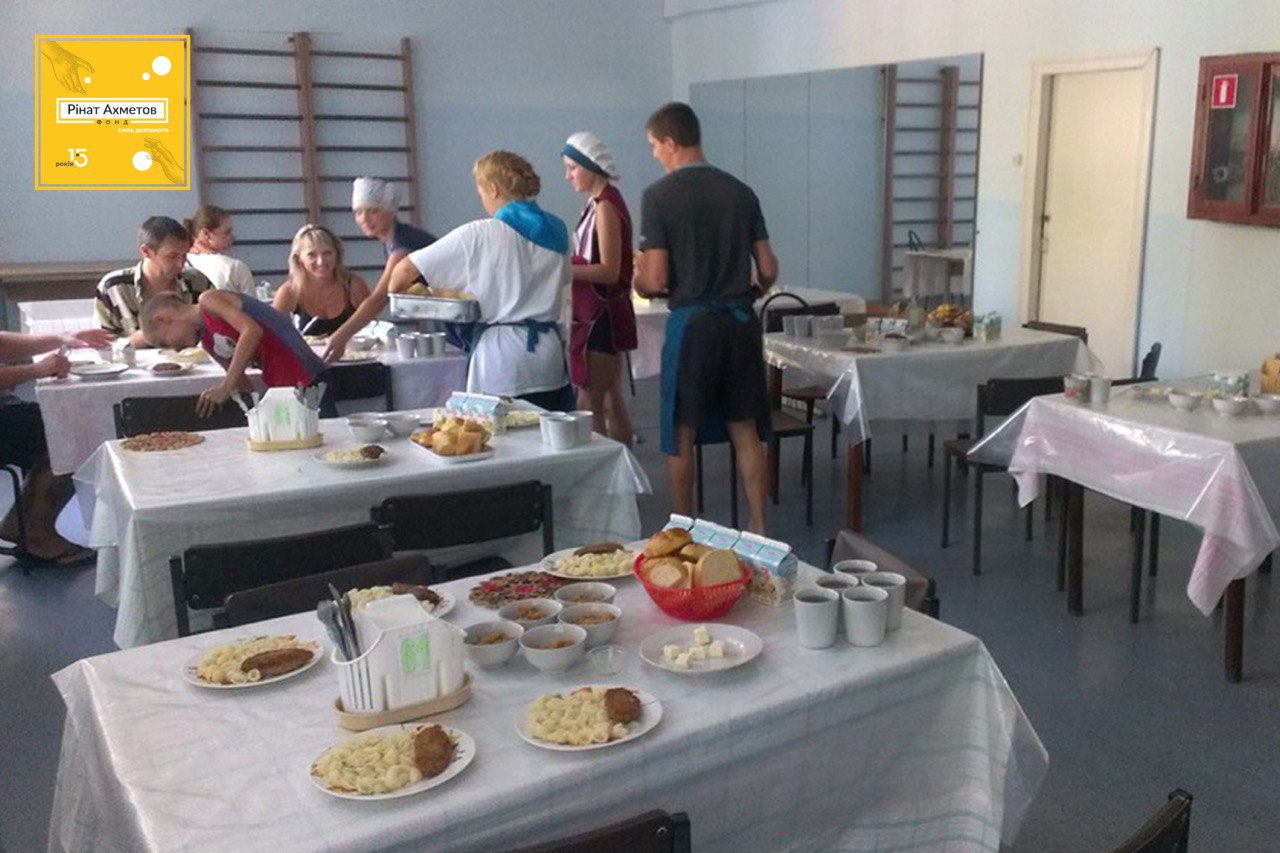