Medicine is one of the main activities of the Rinat Akhmetov Foundation. Especially large-scale and truly national projects in the health sector were held in the past few years.

In 2020, the Foundation provides unprecedented systemic assistance to the country in the fight against coronavirus infection. For these purposes, according to personal order of Rinat Akhmetov, 300 million hryvnias were allocated. The funds were used to purchase the most necessary medical equipment and supplies, which were determined in close coordination with the Ministry of Health of Ukraine. To save the lives of patients with severe complications from COVID-19, the Foundation purchased 200 high-quality artificial ventilation devices for public hospitals. Medics were also provided with 320,000 test systems to determine the coronavirus, more than 60,000 sets of protective clothing, and more than 120,000 items of personal protection. Since the beginning of the COVID-19 pandemic, the Rinat Akhmetov Foundation has provided assistance to physicians and medical institutions in 17 regions of Ukraine. Assistance to public hospitals that are involved in the fight against COVID-19 is provided within the framework of the project "Fighting COVID-19 in Ukraine". It became part of the program of the Rinat Akhmetov Foundation-Saving lives. 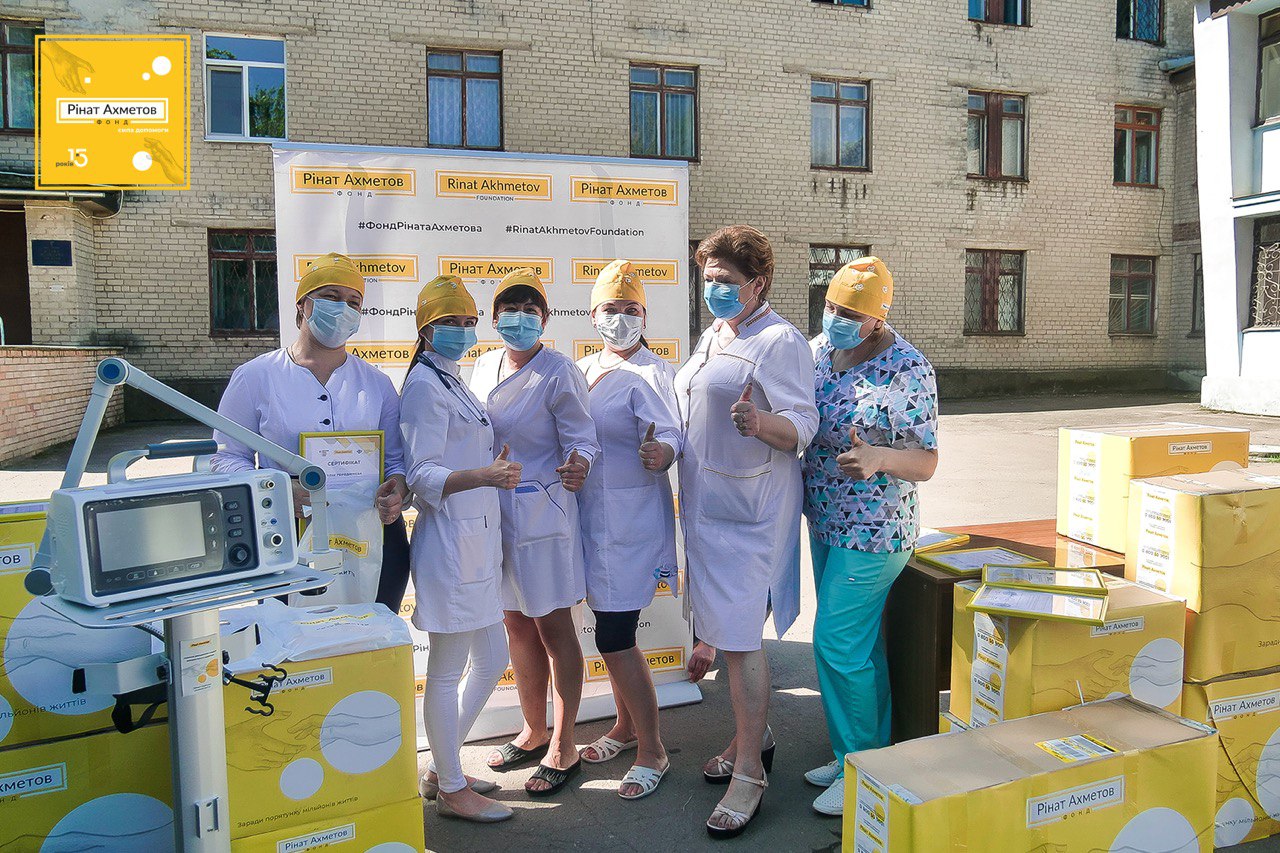 A year earlier, the project "200 ambulances for Ukraine" was implemented under this program. Doctors in all regions of the country got 64 SUVs, 22 neonatal vehicles and 114 "resuscitations vehicles". For the first time in 28 years of independence of the country, one charity foundation  gave doctors such a number of state-of-the-art ambulances. Today, many of them are also involved in the fight against the coronavirus epidemic. 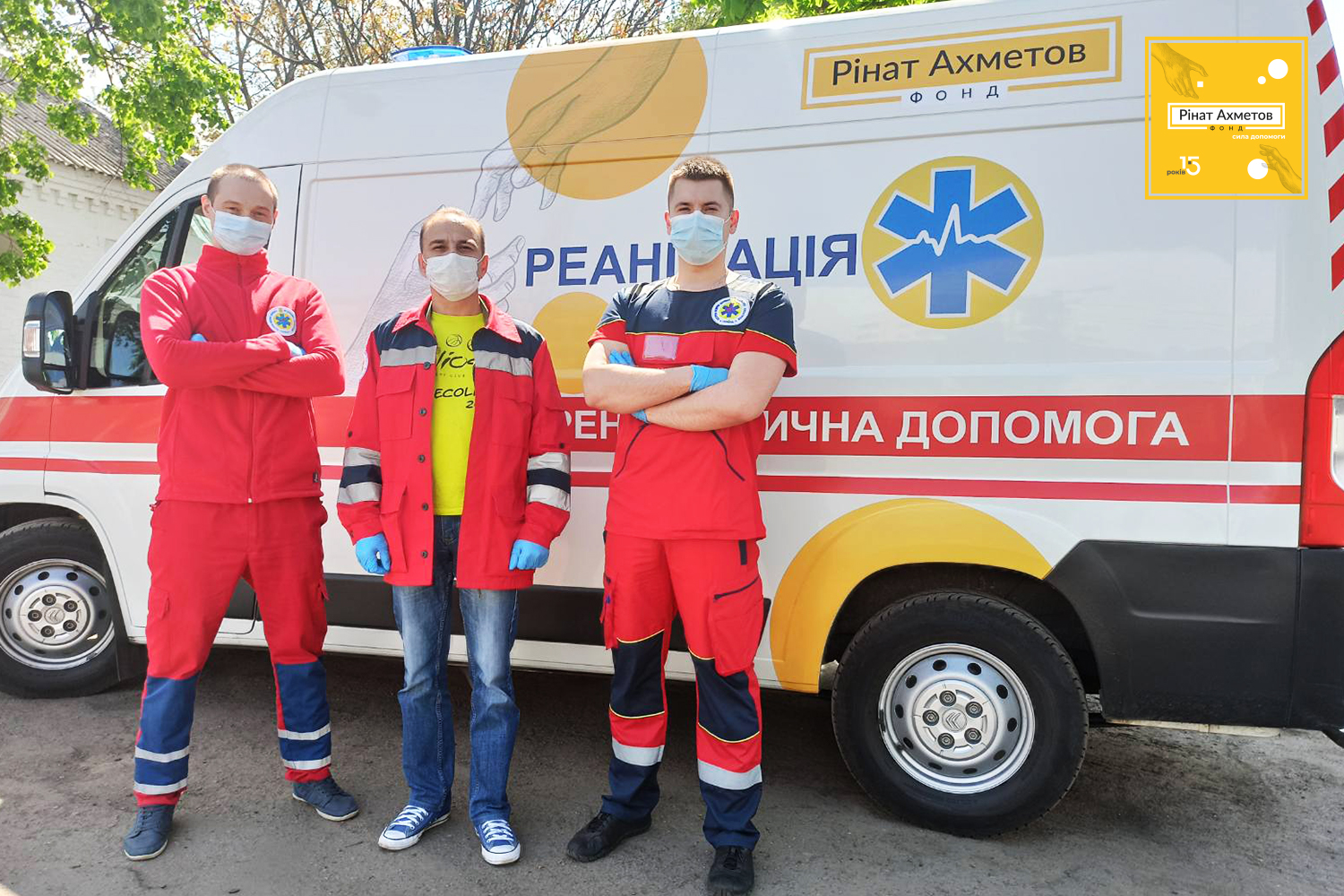 The Foundation's large-scale projects have changed the situation in Ukrainian medicine and set a trend towards the best healthcare systems in Europe. Machinery and equipment donated to doctors will help provide high-tech assistance to Ukrainians for many years.

"Small" projects are no less important for the Foundation because they also saved thousands of lives.

Thus, in 2013, as part of the partnership between the Rinat Akhmetov Foundation and the National Cancer Institute (NCI) And the Foundation for children with cancer “Crab”, the “Tree of life”  project was implemented. It dealt the problem of endoprosthetics of patients of the Children's Department of the Tesearch Institute.

Then the National Cancer Institute  was given a "miracle suitcase" – a unique set of surgical tools for performing complex operations for children who suffer from cancer of the bones and joints. Operations in which these tools are used is an alternative to limb amputation.

In 2010-2012, together with the Ukrainian Foundation for children of the publishing house of the newspaper "Kommersant"  Rinat Akhmetov Foundation supported seriously ill children in conducting operations and treatment in Ukraine and abroad. Thanks to this assistance, 26 children underwent high-tech operations.

Since the beginning of the armed conflict in Donbas, a number of special medical projects have been launched. Within  the project "Medical first aid kits", 1000 first aid kits were issued to pregnant women from Donetsk and Luhansk regions. 10,000 first-aid kits were given to elderly people. In addition, 20 bomb shelters were equipped with large special medical kits. Within the framework of the project "Kits for women in labor", the Foundation provided medicines to 2412 future mothers from Donetsk and Makiivka, whose delivery date was expected before March 31, 2015. 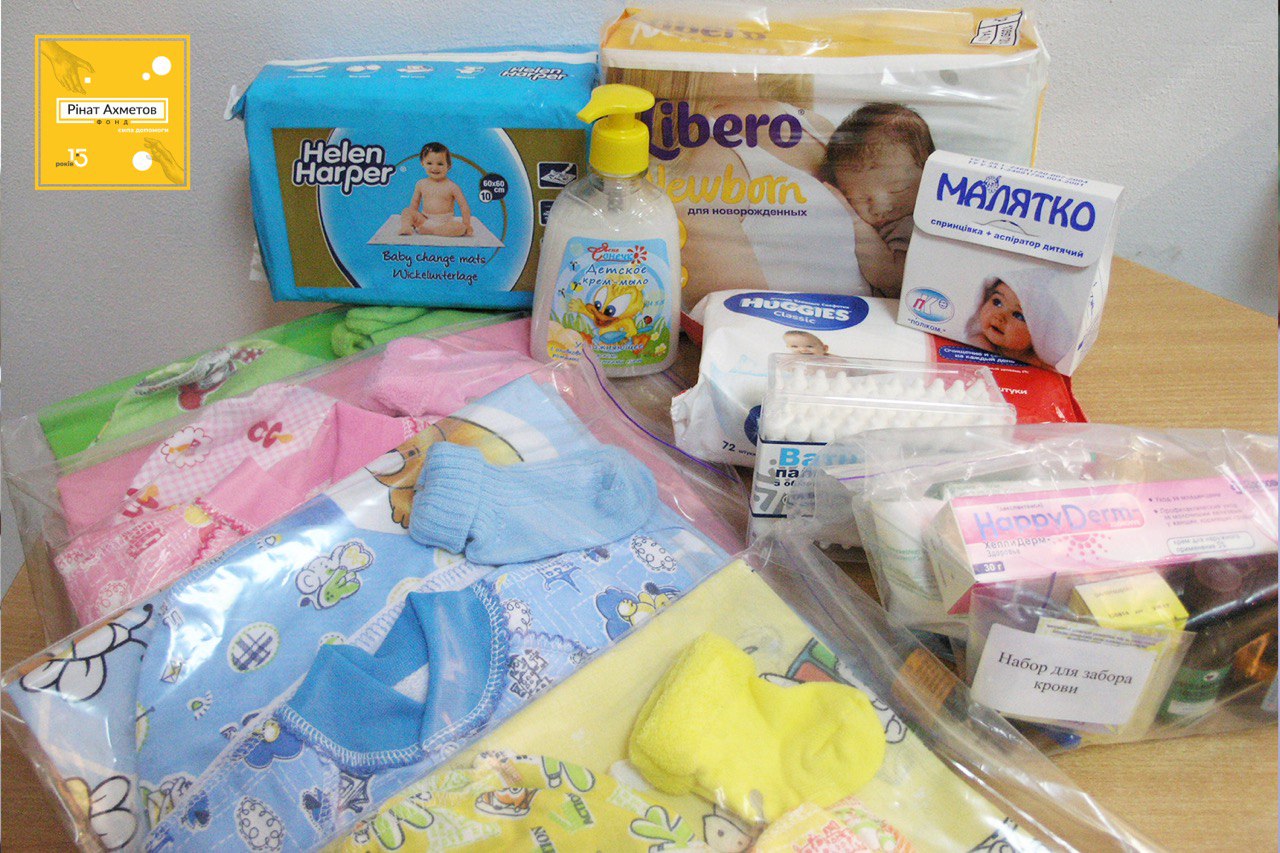 Since 2013, Rinat Akhmetov Foundation has been helping children diagnosed with heart disease. In 2017, the project "Healthy heart" started the systematic fight against the disease. Children undergo corrective operations to close the defect with a special occluder implant in the country's leading cardioclinics. 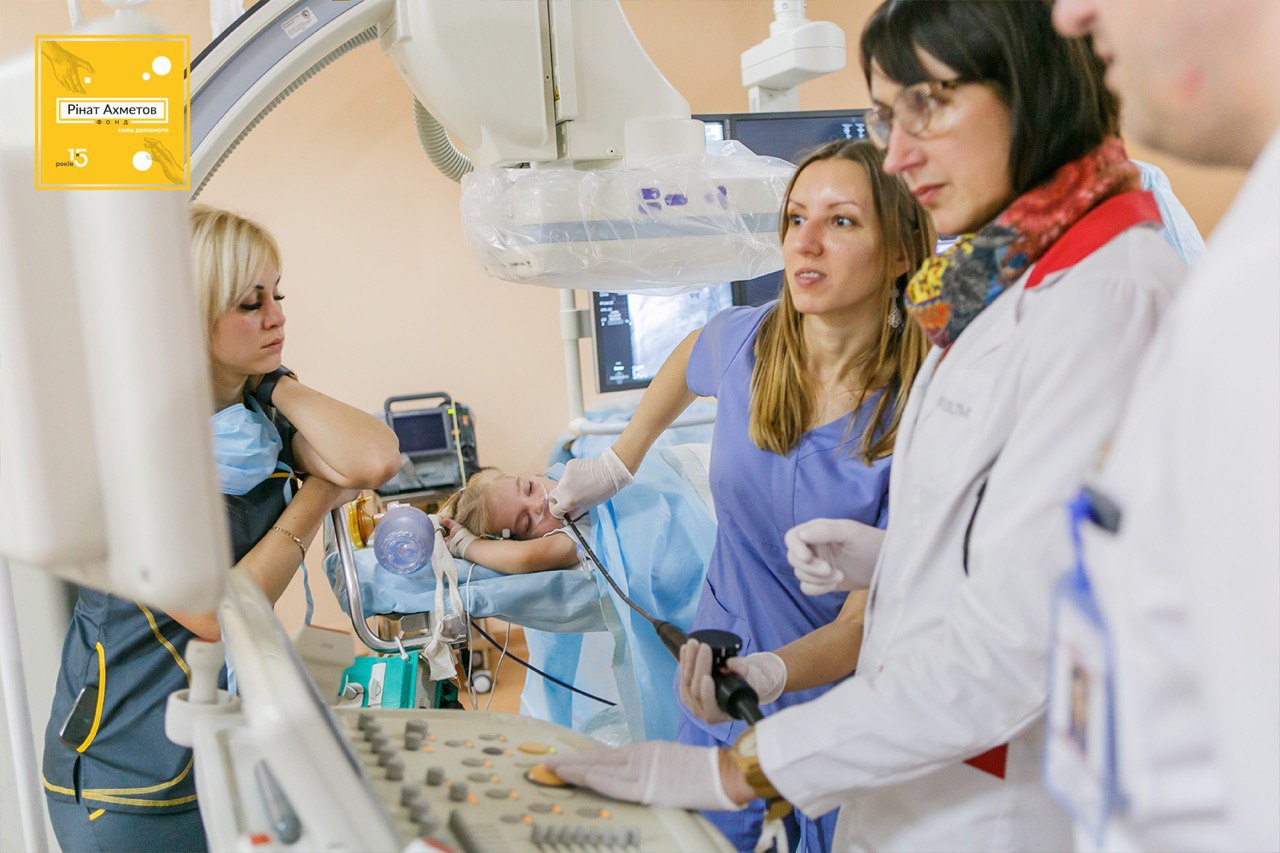 Thanks to Rinat Akhmetov's help, since 2006, children have had 122 operations to close a heart defect.

Rinat Akhmetov Foundation also helps children with hearing problems with the installation of highly sensitive hearing aids. Thanks to these devices, children can hear the sounds of the world around them for the first time, the voices of their parents, and learn and develop in the same way as well-hearing peers. Rinat Akhmetov Foundation has been helping children with hearing problems since 2007. During this time, 177 highly sensitive hearing aids were provided for children with deafness or hearing loss. 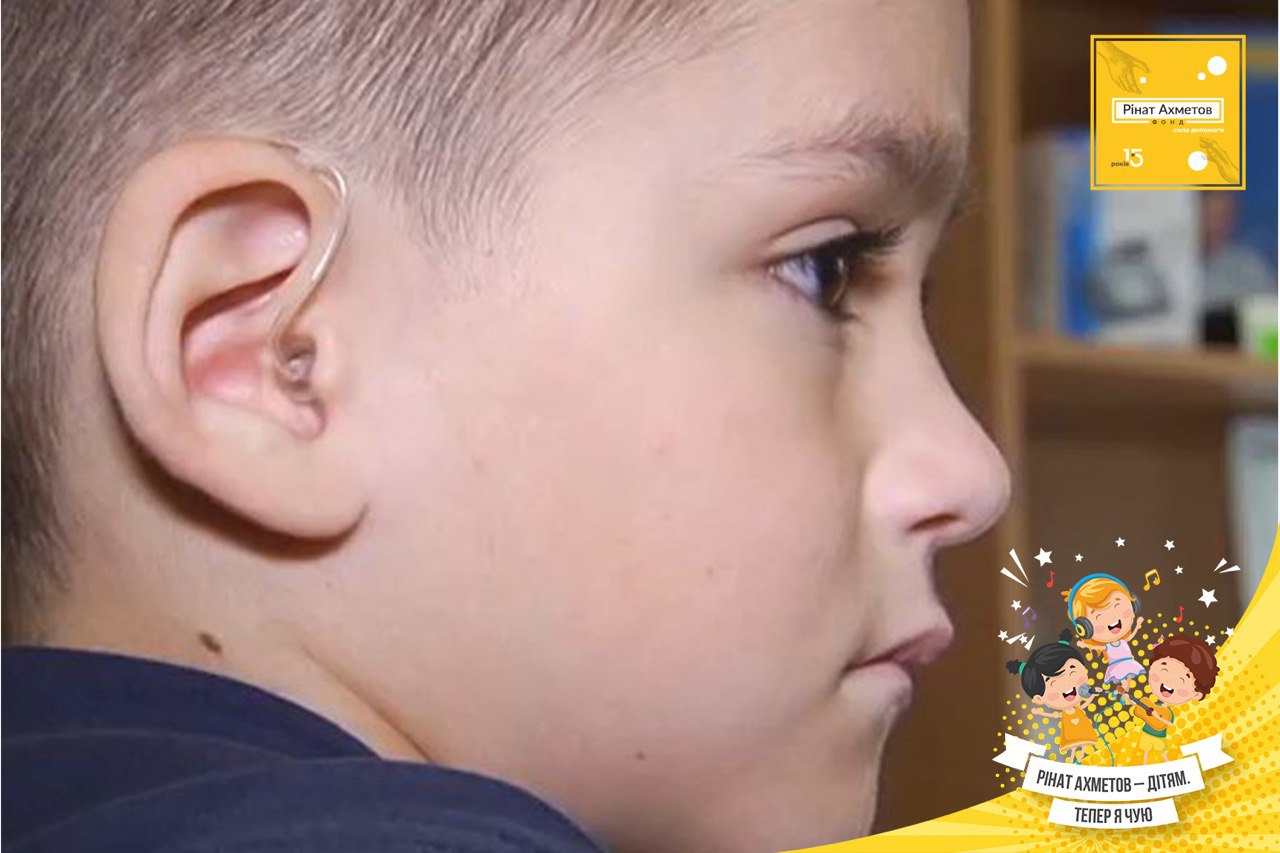