The Rinat Akhmetov Foundation Creates the Roses Alley in Sviatohirsk

The Rinat Akhmetov Foundation has planted the Roses Alley in Sviatohirsk in the framework of the project the Museum of Civilian Voices. Every rose bush is a symbol of one story from a civilian in Donbass whose life was divided into “before” and “after” with the onset of the armed conflict.

‘The Museum of Civilian Voices of the Rinat Akhmetov Foundation is the first and largest in Ukraine collection of testimonies from civilians in Donbass, in which every story matters, even the smallest one. Every planted rose bush is a symbol of a story told to the Museum about a person whose fate changed drastically with the beginning of the armed conflict. It is also a symbol of Donetsk and the native land, which is in the heart of each of them. This way the Foundation wants to create places of power for civilians of Donbass, where they can meet, where they will come when their longing for home will be especially strong. The Foundation tells and will keep telling about their fates to as many people around the world as possible. To that end, on the personal initiative of Rinat Akhmetov, the Museum of Civilian Voices has been established. The Foundation aims to collect 100,000 testimonies from Civilians by 2025, of which it has already documented more than 2,000 stories. This is the largest collection of people’s stories in Ukraine about the tragic events they lived through. It is important to keep all these stories so that they never happen again, in the name of a better future,’ said Oksana Ishchuk, the project manager of the Foundation. 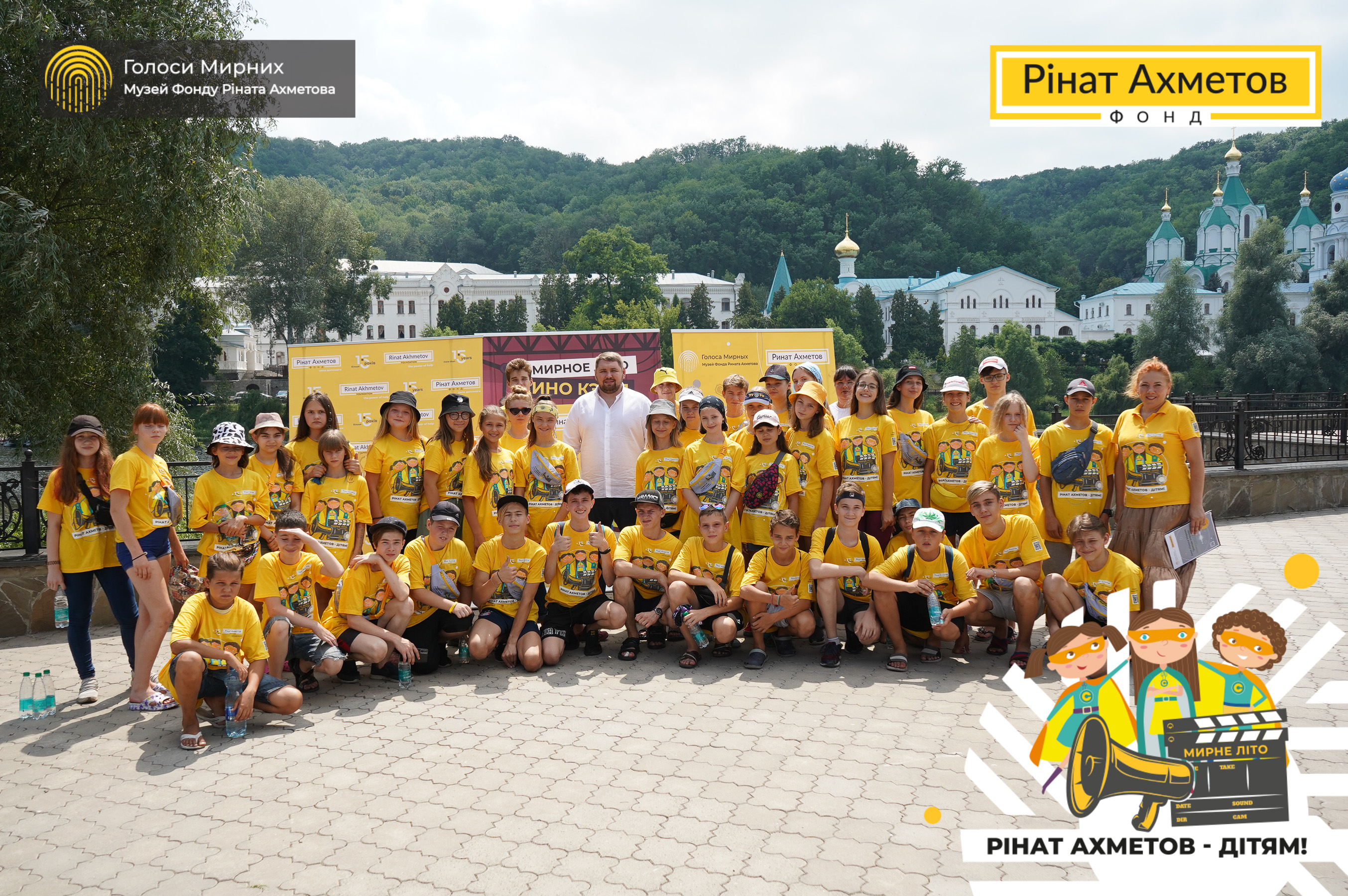 She added that for civilians in Donbass and throughout Ukraine, Civilian Voices is a secure space where people can, for the first time, openly share their personal stories, and thus free themselves from the burden of silence. The museum has become a place where humanism reigns, and where the war trauma and memory are addressed.

‘I believe that this is a very important and significant event for our town. Sviatohirsk received more than 20,000 IDPs and victims of the armed conflict. We can say that every second resident of Sviatohirsk provided some volunteering assistance by offering housing and food. We will look after and take care of the Alley,’ said Volodymyr Bandura, the mayor of Sviatohirsk. 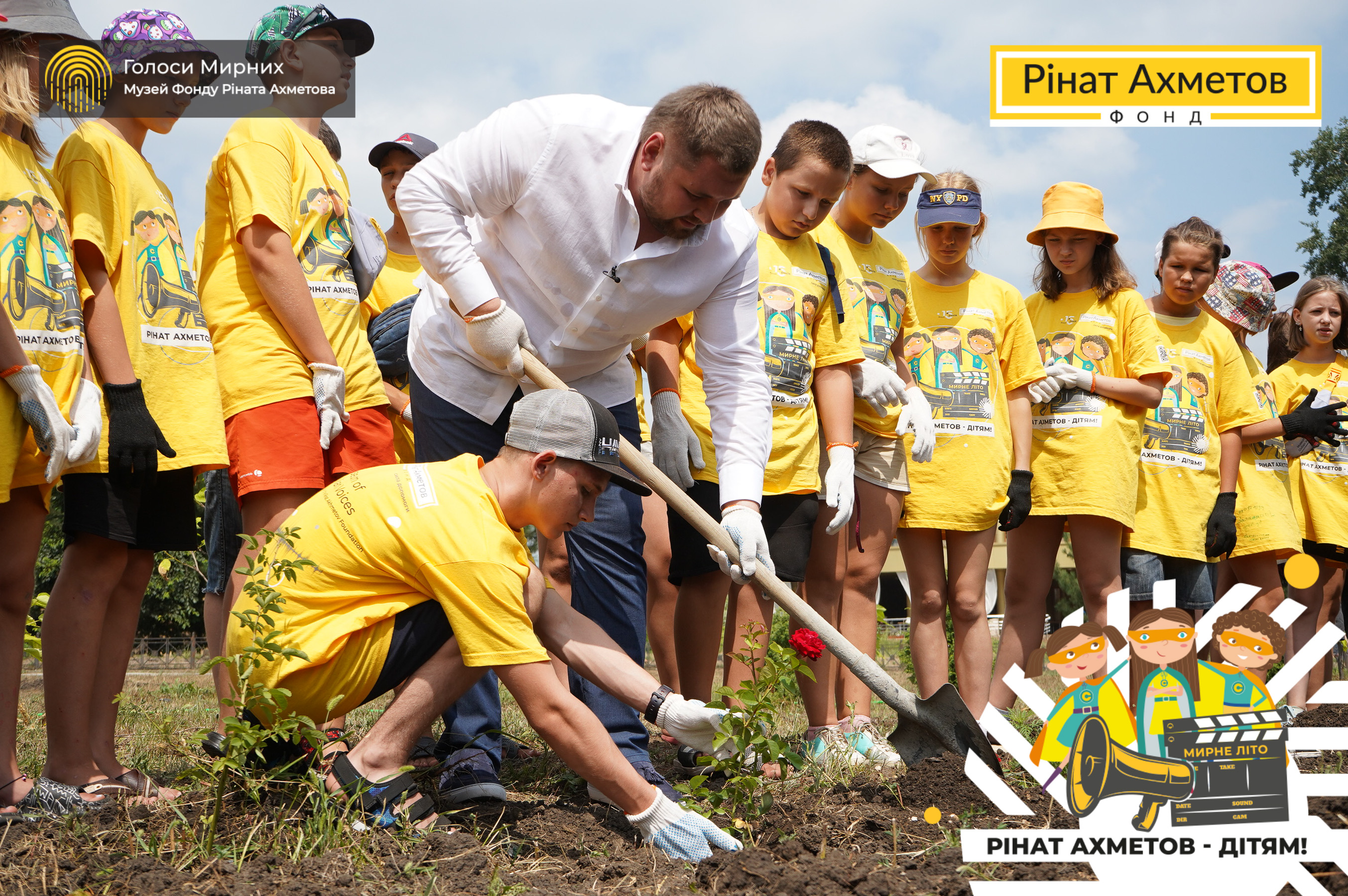 Today Rinat Akhmetov is the only philanthropist who provides systematic and extensive help to children of Donbass. One of such projects is Rinat Akhmetov for Children. Peaceful Summer. It is meant to help children and adolescents overcome the fear caused by hostilities, get rid of this burden and move forward. To date, more than 4,500 people have become the participants in the project. Several dozen children also pooled their efforts to contribute to the establishment of the Roses Alley in Sviatohirsk. The stories of many of them were included in the project the Museum of Civilian Voices. Children.

Earlier, the Roses Alleys by the Rinat Akhmetov Foundation were laid out in Mariupol and Zaporizhzhya.